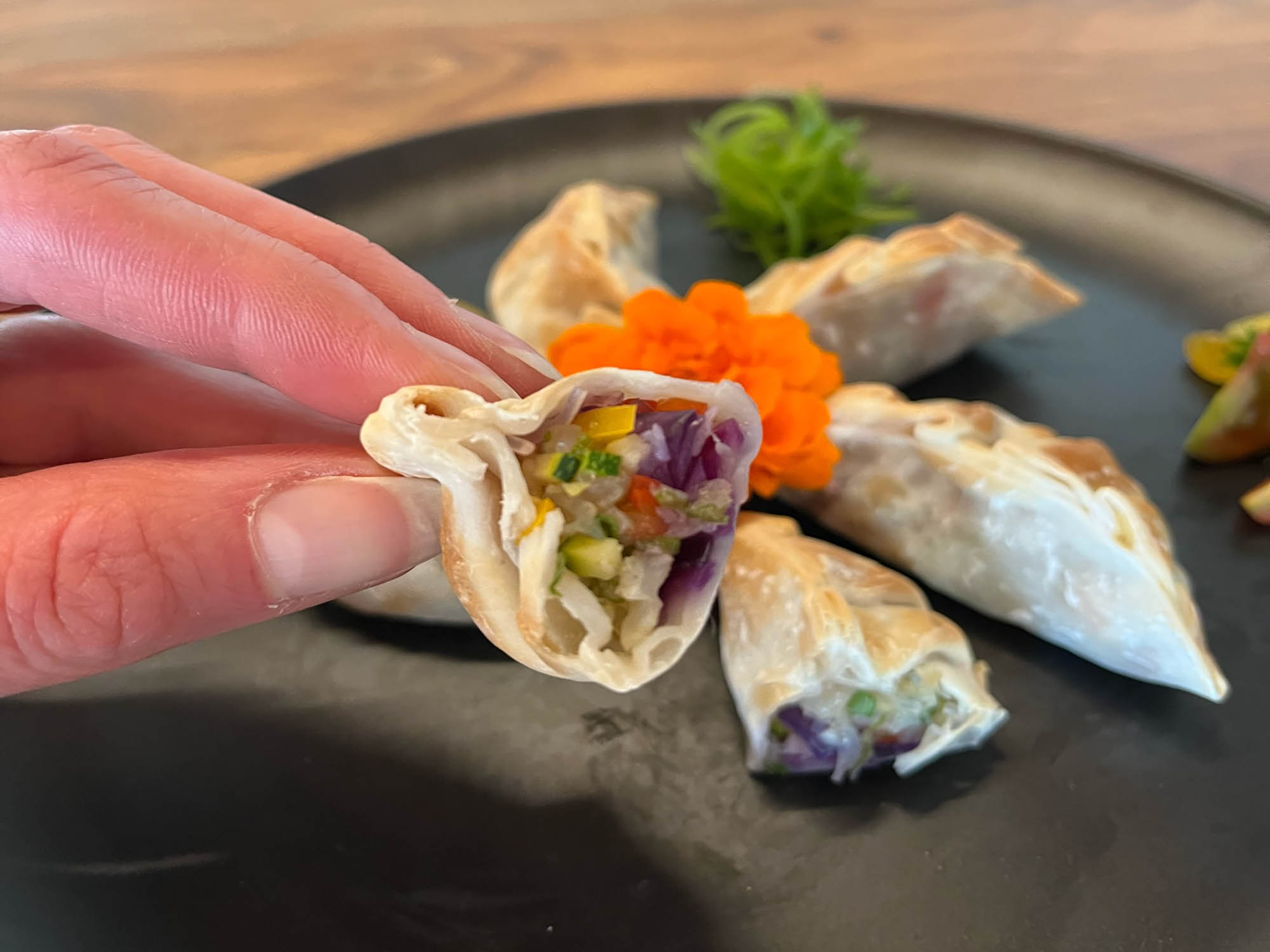 Food-tech start-up Aqua Cultured Foods has announced it has developed a minced dumpling filling for its future go-to-market partners specializing in Asian foods including retail and food-service distributors. One filling option uses Aqua’s alternative shrimp in a bulk, unseasoned format for partners to customize their preparations, which then can be packaged and co-branded.

Whether they’re called mandu, jiaozi, or gyoza, dumplings are a dietary staple in countries such as South Korea, China and Japan – as beloved as burgers are to North Americans. The global market for frozen dumplings was US$5.825 billion in 2020, and is expected to rise to more than US$10 billion by the end of 2027. Traditionally dumplings may be filled with meats, seafood, tofu, and/or vegetables.

While Aqua’s R&D focus has been on whole-muscle cut, sushi-quality filets with the same visual appeal of high-grade fish, dumplings can use off-cuts, trims and less than visually perfect filets for minced fillings. Achieving the proper size and texture for filling can also be done economically at scale in large batches, and requires less fermentation time.

“We’re glad our partners challenged us to work on dumplings, and lucky to have their guidance through the process of perfecting the taste and filling for Asian palates,” explained Aqua chief growth officer Brittany Chibe. “I’m especially happy that this product moves us closer to zero-waste by finding use for our off-cuts, with the added bonus that it’s very efficient to make in volumes appropriate for food-service.”

Interest around Aqua’s minced fillings is not limited to dumplings, nor to shrimp. Other alt-seafood varieties are likely to follow for applications including spicy tuna sushi rolls, seafood cakes/patties, ravioli and cannelloni, and others.

Aqua is developing mycoprotein-based calamari, shrimp, scallops, and filets of animal-free tuna and whitefish with a realistic taste and texture. Aqua’s fermentation methods do not use any animal inputs, genetic altering or modification, and can be marketed as non-GMO. Unlike plant-based processed foods formulated with starches and protein isolates, Aqua’s alt-seafood retains its naturally occurring fiber, protein, and other micronutrients.