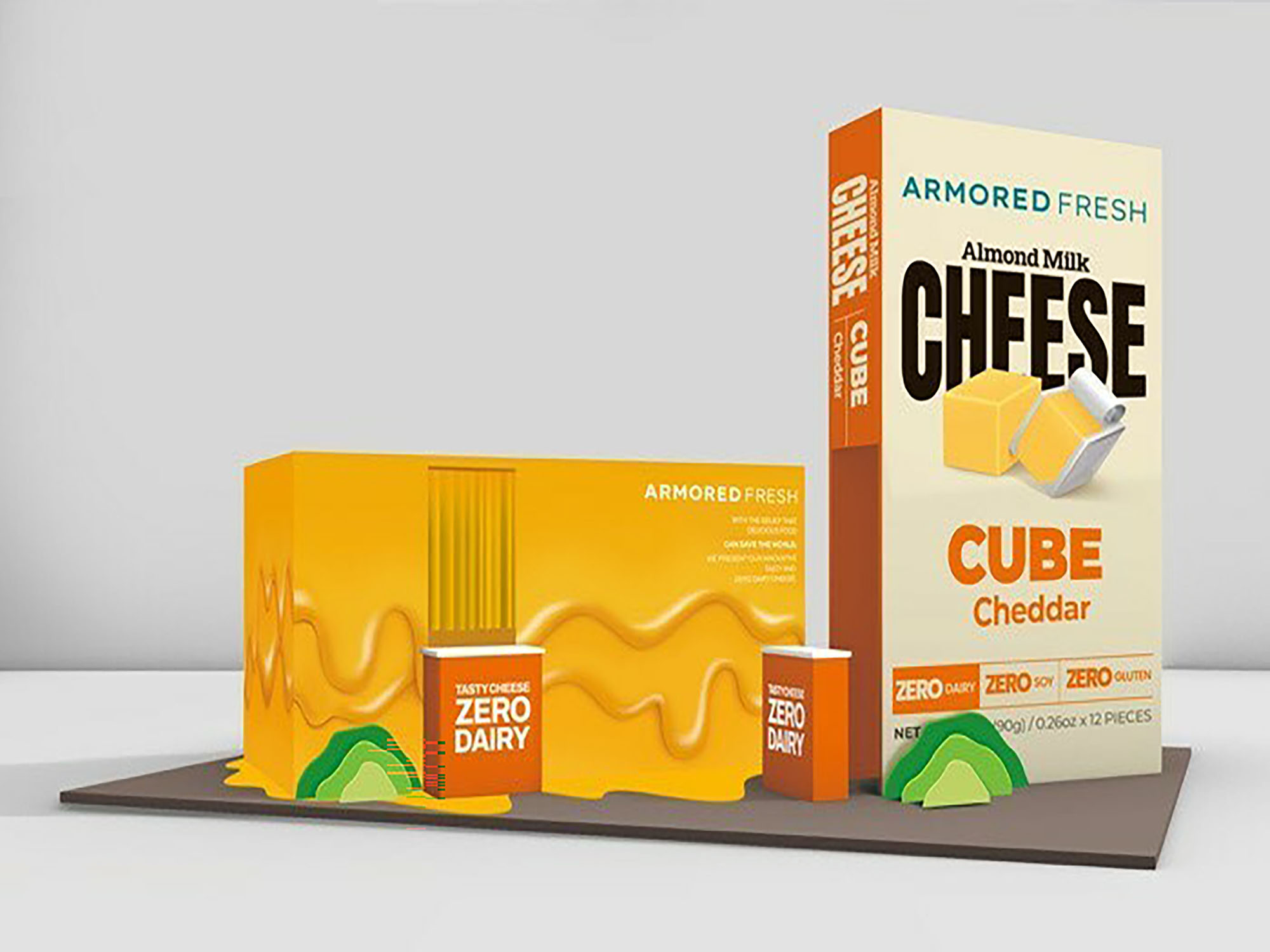 The company received great attention as one of the participants of the 'Food Tech' section, as it was selected as an up-and-coming business last year at the same convention.

The company previously launched plant-based cheese cubes at CES 2022, which are receiving such a sensational response that the product is currently being sold at more than 200 stores in New York. The cheese cubes have been successful at completely overturning the preconceived notion that vegan cheese is hard and breaks apart, as Armored Fresh managed to make plant-based cheese that has the same delicious taste as dairy cheese. The company, however, is still focused on improving the quality of its products, as well as offering a diverse selection of cheeses.

The plant-based American slices, which were introduced at this year's CES, feature a soft and chewy texture, and high-quality flavor. Armored Fresh paid attention to the cheese's melting properties to further improve the unnatural texture, which is one of the biggest challenges of the existing vegan cheese market. Melting properties, which means the degree to which cheese melts when heat is applied, has long been considered technically difficult to implement in the vegan industry. Nevertheless, since Armored Fresh instigated its own research and development for improved product quality, their plant-based cheese has the perfect melting capabilities.

At CES 2023, Armored Fresh set up a booth on the TECH EAST side of the Las Vegas Convention Center (LVCC) exhibition hall. The company also gave out samples of grilled cheese to show off the competitiveness of their new product. After the event, Armored Fresh's plant-based product lineup will be expanded to include Cheddar, Pepper Jack, and Monterey Jack.

"It was a great pleasure to participate in CES once again this year," commented Rudy Yoo, Founder & CEO of Armored Fresh. "This year we had the opportunity to show the world our very own Armored Fresh sliced cheese. Knowing that there's a big demand for such alternative dairy products, we're pleased to offer this superior zero dairy cheese. With big plans to expand into nationwide markets and European market opportunities, Armored Fresh is pleased to announce our next step into this journey of innovation."