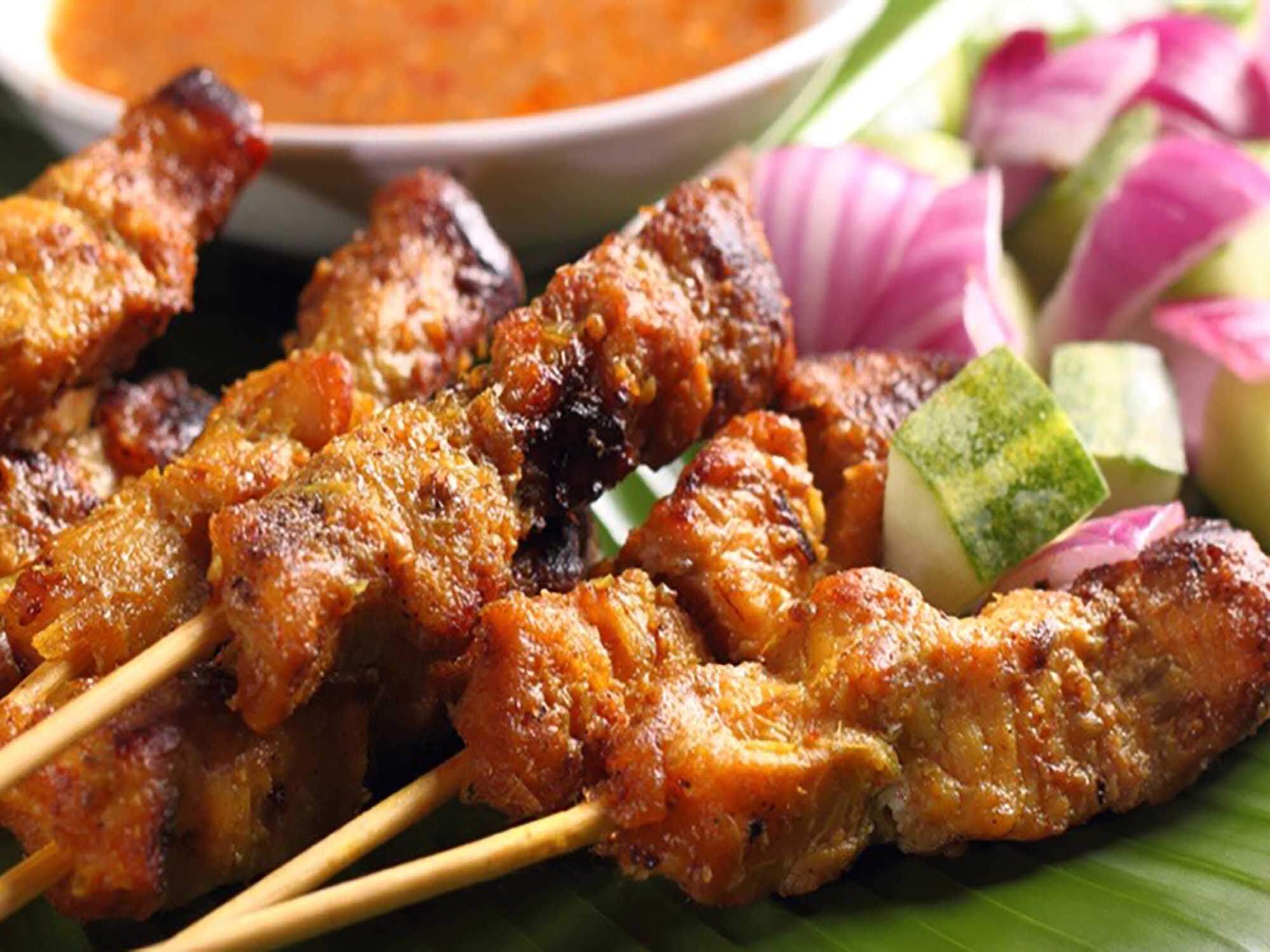 During a recent lunch break at a hawker stall in Singapore, some young farmers sat down to enjoy tasty satay made with chicken that they were proud to say they helped produce.

But the meat sizzling over the open flame did not come from a shed or slaughterhouse, nor was it imported like most chicken consumed in Singapore.

Instead, the meat was cultivated from animal cells right in the Republic.

The 'farmers' are employees of Esco Aster, a local biotechnology company which in 2021 received a license to commercially manufacture meat grown directly from cells.

From hawker stalls to high-end restaurants, alternative proteins have become an increasingly common sight in Singapore.

Globally, too, this sector is set to grow. Barclays Bank has projected that the alternative protein sector could be worth US$140 billion (S$194 billion) within the next decade, accounting for roughly 10% of the US$1.4 trillion global meat industry.

The Lion City has been in the vanguard of this shift, serving as a living laboratory for alternative proteins and a launch pad for global climate and food security solutions.

For example, Singapore was the first country to approve the sale of a cultivated meat product in December 2020, becoming the de facto model for the world.

Home-grown start-ups such as Next Gen Foods are now serving up delectable plant-based meat products in more than 200 restaurants across Asia and the Middle East, after a successful debut in Singapore last year (2021).

Such efforts bring Singapore closer to achieving its '30 by 30' goal - which aims to build the agri-food industry's capability and capacity to sustainably produce 30% of the nation's nutritional needs locally by 2030.

At the ground-breaking ceremony of the Good Meat production center, Minister for Sustainability and the Environment Grace Fu celebrated "the deliberate diversification of our food sources" as an important prong of Singapore's plan to shore up food security.

Other government agencies, including the Economic Development Board, are doing their part by ensuring that the right infrastructure, technology, as well as the research and development ecosystem are in place for agri-food innovators and enterprises to thrive.

Rather than seeking a straight replacement of animal meat, Singapore has embarked on a path that uses innovation to broaden the range of protein options available to consumers.

This decreases the risks of import stoppages and delays due to supply chain shocks.

Supply disruptions have become an acute reality amid the war in Ukraine and diminished crop harvests stemming from climate instability. Households are grappling with inflation and paying higher prices for common kitchen items such as noodles and bread, but the impact does not end there.

Nearly 40% of the world's grains - including more than three-quarters of all soya beans - are not destined for human consumption at all.

Instead, they are fed directly to chickens, pigs and other farmed animals.

Humans get only a tiny fraction of those calories back in the form of meat and other animal products.

Energy is lost at every stage of the food chain, so growing grain to feed animals for human consumption is equivalent to preparing nine plates of food and throwing eight of them away.

This complicated math of inefficiently feeding the world will get even more challenging over the coming decades.

Experts have projected that Asia's meat and seafood demand will increase an additional 78% between 2018 and 2050 due to population and economic growth, further straining food supply chains and finite resources.

Added to that fundamental challenge is conventional animal agriculture's especially long, diffused supply chain, which introduces many points of vulnerability for food safety.

Even in non-pandemic times, each stage of this process can and has broken down, creating a perfect storm of zoonotic disease risk, shocks, and instability that rattles every nation on earth.

In stark contrast to conventional meat production's long and winding path to consumers' plates, cultivated meat streamlines the process and could substantially reduce global emissions from food production, according to the Intergovernmental Panel on Climate Change's latest assessment report.

Much like how greenhouses help farmers cultivate full-sized plants from tiny seeds, producers can now cultivate meat directly from animal cells by placing a seed-size collection of cells in a nutrient-rich environment known as a cultivator.

The result is a product that can replicate the meat experience mainstream consumers have come to expect, while reducing the risk of disruption, disease, or delay, and using a tiny fraction of the land, water and other finite resources - a quintessential win-win-win.

But the final piece of the puzzle lies with consumers, some of whom have expressed concerns over the safety of novel foods or their mass market affordability.

There are also worries that control over technologies used in alternative protein production will end up falling into the hands of just a few powerful players.

The Singapore Food Agency (SFA) has put in place stringent processes guided by a science-based risk management approach to ensure that novel food options must comply with food safety standards before they are allowed in the market.

These safety assessments are reviewed by the SFA, guided by scientific advice from a group of multidisciplinary experts in fields ranging from food science to bioinformatics and public health.

Even labelling requirements are managed carefully, meaning that companies must include qualifying terms to indicate the true nature of their products on the packaging.

Meanwhile, the costs of alternative proteins continue to drop as producers tap into Singapore's world-class agri-food innovation ecosystem to resolve scientific and technical hurdles, improve taste and texture, and scale up manufacturing capacity.

These efforts work cohesively together to fuel a cycle of continuous product improvement, enhancing the consumer experience of choosing alternative proteins.

Singapore-based think-tanks like the Good Food Institute Asia-Pacific are supporting such efforts, by working with legacy food brands and start-ups from across the alternative protein space.

Such support includes sharing knowledge about the latest consumer perception research findings, providing advice on areas where further innovation is needed, and helping entrepreneurs speak clearly and transparently about the benefits of their products for food security, the environment and public health.

What Singapore acutely understands, and other nations are becoming increasingly attuned to, is that more shocks to the global food supply chain are inevitable, resulting in compounding pressures and potential challenges to every country's food security and stability.

Singapore has set itself up well to not only mitigate these future challenges, but to also capitalize on the growth opportunities they present and help other countries do the same.

By reimagining how meat is made, nations have an additional tool to neutralize future food security threats - or better yet, prevent them before they begin.

A version of this article appeared in the Straits Times.

Ryan Huling is the senior communications manager at the Good Food Institute Asia-Pacific, a non-governmental organization that promotes alternative protein. Samuel Chan is vice-president for the agri-food division at the Economic Development Board