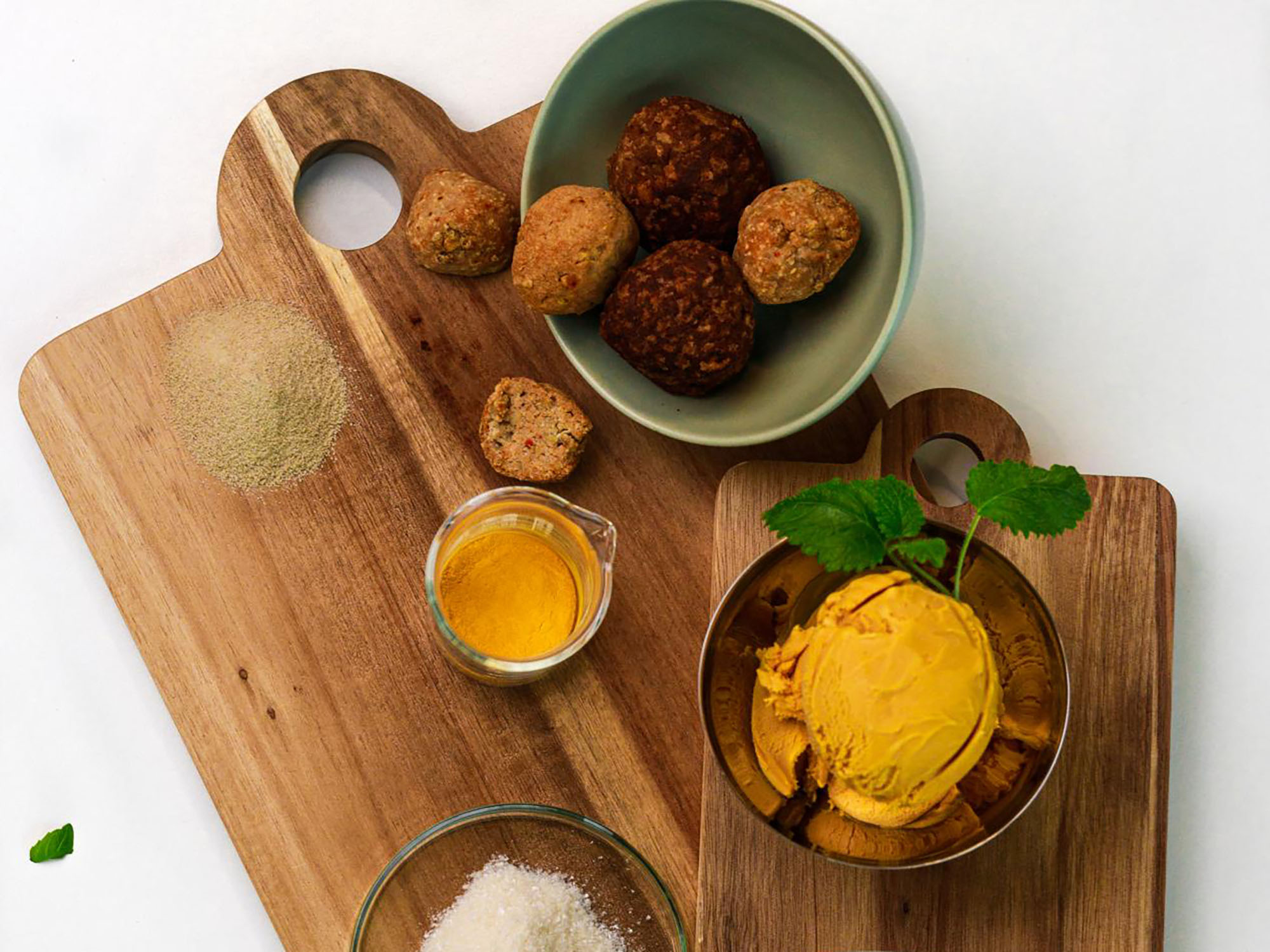 Cellular agriculture refers to the utilization of cell culture techniques in food production. Animal and plant cells, microbes or algae are grown in steel tanks to produce ingredients for the food industry, which can replace ingredients produced by traditional agricultural means.

According to Emilia Nordlund, Research Manager at the VTT Technical Research Centre of Finland, cellular agriculture can be divided into two categories. Both technologies afford the opportunity to develop countless applications.

“Cells can be either grown and used as such for food or designed to produce a specific nutrient, such as a fat or a protein. Quorn mycoprotein products found in freezers in grocery stores are examples of the first category, and additives used by the food industry, such as vitamins and enzymes, are existing examples of the latter,” Nordlund said.

The biotechnology behind cellular agriculture is not new. Additives have been produced using the same technology for decades, and yeast has been used for brewing beer for millennia. Products such as yogurts, soy sauces and kombuchas are also produced by fermentation, that is, with the help of microbes.

The PEKILO process developed in 1963–1975 is considered the pioneer of cellular agriculture. Scientists managed to successfully cultivate the Pekilo fungus isolated from Finnish soil in fermenters. The first mycoprotein production plant in continuous operation was established in Jämsänkoski in 1975. The process was used to produce sustainable feed protein from the side streams of the forest industry until the recession hit in 1991.

Finnish startup eniferBio Oy has modernized the process and is currently developing an end product for more valuable applications in animal and human nutrition. There should be no shortage of demand – the global need for protein is estimated to double by 2050. At the same time, the huge amount of emissions from the cultivation of soya and livestock farming must be cut.

“Environmental values and the welfare of farmed animals are increasingly reflected in consumers’ food choices, which increases interest in cellular agriculture products," commented Simo Ellilä, CEO of eniferBio. "Finland’s extensive investments in research and product development, capability to create food innovations and high-level expertise in biotechnology provide a good starting point for success in the industry. Challenging climate conditions prevent us from competing in agriculture with regions such as Central and Southern Europe, but when it comes to cellular agriculture, Finland is already leading the way.”

Pasi Vainikka, CEO of Solar Foods, points out that Finnish companies can export not only food products, but also technology developed for cellular agriculture to the world. Although the limited area of arable land constrains the export of traditional agriculture products, the export opportunities for technology are infinite. Solar Foods is a prime example of this. The company is currently investing €40 million in the first plant where protein-rich microbial mass will be produced from carbon dioxide using electricity. This technology has the potential to become a significant export product in the future.

Ellilä, Vainikka and Maija Itkonen, CEO of Onego Bio Ltd, believe that cellular agriculture is the answer to the global food crisis and environmental challenges. With the new production method, food products can be produced more efficiently, with lower emissions and closer to end-users. Thanks to these, cellular agriculture contributes to the creation of a sustainable and self-sufficient food system.

The CEOs of the companies specialising in cellular agriculture applications emphasise that technological development will not replace traditional agriculture.

“Cellular agriculture provides an efficient and sustainable way to produce, for example, protein-rich ingredients for the food market, which reduces the pressure on livestock producers to produce more food at a cheaper price. In the future, livestock producers can focus on the most valuable products featured in traditional food culture without it compromising the security of supply. At the same time, the living conditions of farmed animals can be improved and the climate impact of food production reduced,” Itkonen explained.

Itkonen’s company, Onego Bio, supplies the food industry with egg white produced by fermentation. According to Itkonen, the process is considerably more cost-effective that traditional egg production, as well as more eco- and animal-friendly.

When the PEKILO project died down in the 1990s, cellular agriculture was facing quieter decades. The situation changed in the mid-2010s when the food industry woke up to enormous sustainability challenges. Around the same time, VTT combined two of its competence areas, food research and industrial biotechnology. The research quickly yielded results as experts who had previously been working for the benefit of different industries engaged in cooperation. The intersection of these industries generated innovations around which startup companies were established. For example, the processes of eniferBio, Onego Bio and Solar Foods are based on cross-disciplinary research conducted at VTT.

“Long-term investment in the research and development of cellular agriculture continues to be of critical importance to ensure the emergence of new innovations and Finland’s and EU’s competitiveness in the global market. This requires state support in the form of research and innovation funding, for example,” Nordlund said.

“The program was previously aimed at all startups specializing in food and agricultural technology. In 2023, we will focus on new food production methods, such as cellular agriculture. During the two-month program, the participating startups receive guidance and support from VTT, the University of Helsinki and partner organisations,” Lampinen said.

Solar Foods and eniferBio, both of which are planning to expand to global markets, have also completed the EIT FAN. The companies’ CEOs say that the programme helped them in creating international business and investor networks, building a team and developing their product, among other things.