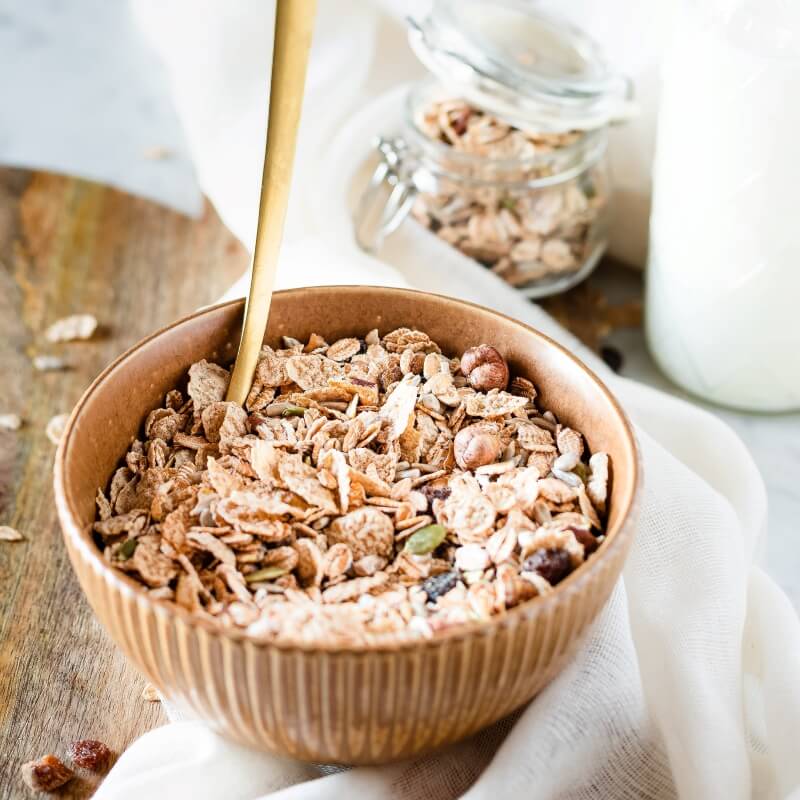 Researchers have managed to sequence the entire genome of oats – signaling opportunities for breeding new varieties that are drought and heat resistant, as well as high yielding. This new discovery is anticipated to lead to healthier finished products, such as foods with a doubled beta-glucans, protein or antioxidants content.

Three scientists of the genomic research program – from Lantmännen-owned research company CropTailor AB, ScanOats and Lund University – speak to FoodIngredientsFirst about their key findings and potential applications for a wider variety of staple crops.

“By taking advantage of various DNA sequencing technologies, we have created a high-resolution genetic map of the oat genome. No genetic alterations are done at this stage,” explains Olof Olsson, researcher at Lund University.

“However, once the genome is known at the base-pair level, various techniques to genetically alter the genome in a precise way can be applied.”

Cutting time on the breeding procedures
By directly looking for specific mutations in the genome and correlating these to a specific phenotype, the entire breeding process is shortened.

“To have access to the entire genetic code of an organism makes the breeding activities much more efficient,” says Mats Larsson, CEO, senior adviser Lantmännen.

“Traditional breeding involves crossing different oat varieties in several steps and evaluating the characteristics after each step in the greenhouse or the field. This is time-consuming and imprecise.”

Developing a new variety with traditional technology takes about ten years. “With the new technology, this time could most likely be shortened by at least five years and the precision increased substantially,” Olsson adds.

The oat properties that can be manipulated range from the chemical composition of the seed – among quality parameters – to agricultural properties like higher yield, tolerance to drought, salt and various pathogens.

Particularly, an increased tolerance to Fusarium infestation [a fungal infection] will be a very valuable characteristic to introduce into oats. Presently, large parts of the oat harvest have to be discarded in some years due to the accumulation of various mycotoxins such as DON,” says Olsson.

Unveiling genetic mysteries to yield productivity
Gaining knowledge about a crop’s entire gene set is considered an essential piece of the puzzle to developing improved crops with the help of modern technology.

In this way, breeders can become faster and more efficient in providing farmers with oat varieties that can withstand a changing climate, the study’s researchers underscore.

The end product will also be healthier for consumers. “Examples of quality parameters are changes in the composition of macronutrients such as fat, protein and carbohydrates,” highlights Larsson.

“Plant proteins for the food market are especially in focus at the moment. An example is oat drink where it would be desirable to increase the protein content up to three times from the present levels to make it nutritionally similar to cow milk.”

“Other important properties are changes in fiber content, like beta-glucans. Oat beta-glucans have the effect of lowering cholesterol and stabilizing blood sugar. If the beta-glucan content in oatmeal could be doubled, the product could be labeled with a health claim that only one serving per day is enough to lower blood cholesterol levels,” says Larsson.

Recently the researchers developed two new oat varieties that will deliver these properties. On the market, they will be called Active and Armstrong.

Major investments in Nordic plant breeding
The study entitled “The mosaic oat genome gives insights into a uniquely healthy cereal crop” has been published in Nature journal. The project is funded by CropTailor, Lantmännen’s Research Foundation, the Swedish Foundation for Strategic Research (SSF) and Lund University.

Lantmännen’s plant breeding research is particularly focused on Nordic conditions. Currently, major investments are being made at its facilities in Svalöv, Skåne.

Industrial consortium ScanOats is funded by the Strategic Research Foundation (SRF) and its constituent parties. SRF has pledged €10 million (US$11 million) to be invested in the consortium over seven years while the constituent companies contribute approximately €800,000 (US$850,000).

“The consortium has budgeted about €1.5 million (US$2 million) for the part that produced the map of the genome,” says Larsson.

Protecting crop yields against plant disease
Lantmännen deems its plant breeding facility as “one of the world’s most advanced” as it comprises new cultivation chambers, instruments for reading DNA sequences and enhanced computing power.

“Plant breeding is currently undergoing a technological shift and the research carried out here shows that we, in Sweden, are at the forefront of this development. That is truly promising for the future,” remarks Alf Ceplitis, population breeding manager, Lantmännen and CEO at CropTailor.

Lantmännen’s oat breeding program is entirely based on conventional (i.e., non-GMO) breeding methods. “Hence, we are not currently working on altering the genetic makeup of oats using methods that will generate products to be regulated under the directive 2001/18/EC,” says Ceplitis.

“Usually, we have very large numbers of offspring (several thousand from a single mating) and selecting the most interesting offspring with the ‘right’ characteristics is a time-consuming and resource-demanding process.”

“The technology we are currently implementing in the oat breeding program allows us to quickly scan specific parts of the genome and extract information about traits and genes in those parts,” he outlines.

Pipeline of agri-food innovation
The first steps to building the breeding program were taken eight years ago and the protocols have been refined since then.

The full-length genome sequence will help the scientists find individual genes by comparing them to known genes from related species such as rice, maize, barley or wheat.

In response to the growing number of gluten-intolerance diagnoses, Lantmännen Biorefineries recently launched its gluten-free wheat starch from autumn wheat harvested in Sweden. The market for gluten-free products is growing due to more consumers adopting a gluten-free diet for lifestyle and health reasons.

Crop genomics is increasingly utilized among other agri-food players for emergent applications such as breeding high-protein chickpeas, raising the antioxidant properties in bananas, and identifying the specific health properties of polyphenols in cranberries.

Last September, the UK announced it would be relaxing its policy surrounding the science of gene editing. However, the move has been met with some concerns around health and environmental safety.