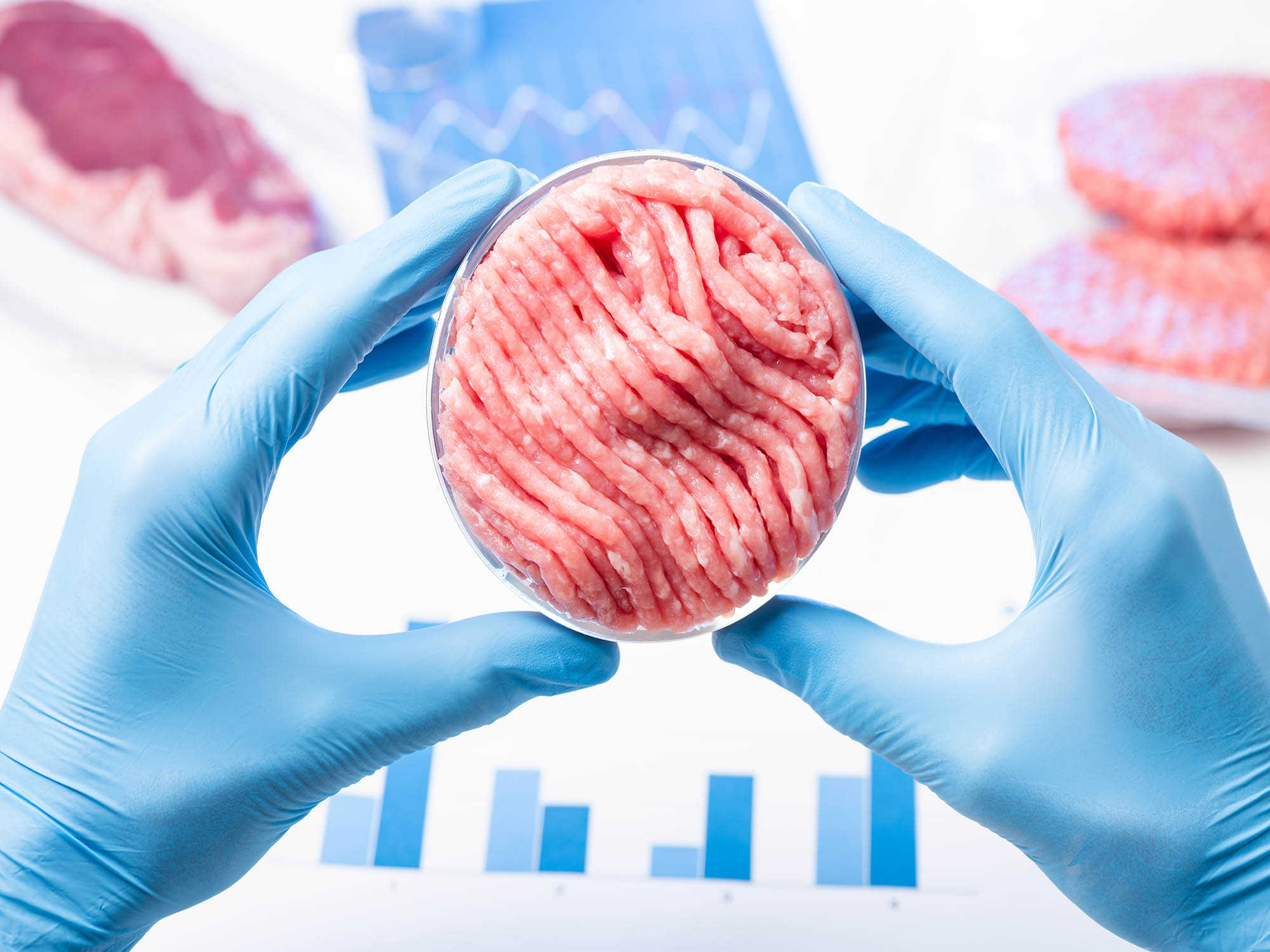 Cultivating meat for a sustainable future

Americans love their meat. According to the United Nations Food and Agricultural Organization, Americans consume, on average, more than 270 lbs of meat each year. The Johns Hopkins Center for A Livable Future reports that, over the past century, Americans have doubled their meat consumption. On an international scale, Americans are among the top meat consumers in the world, indulging in more than three times the global average.

Beyond the increased risk of health complications – increased risks of heart disease, diabetes, and pneumonia – meat consumption poses several ecological problems like threats to land use and water supplies. Livestock is the world's largest user of land resources, with 80% of total agricultural land dedicated to producing feed for animals. Along with land, it takes more than 15,400 liters (over 4,000 gallons) of water to produce one kilogram (2.2 lbs) of red meat.

To put it mildly, as Earth's population continues to grow – to 9 billion people by 2040, according to some estimates – we will need 50% more food and, by extension, more land and water to produce that food.

There are alternatives like eating less meat, or no meat or animal products entirely. Researchers in the Engineered Biomaterials Research Laboratory (EBRL) at UVM, however, are exploring another alternative: cultivated meat.

"We create and test materials that are translatable to look at regenerative medicine, food security, and engineering testing standards," said Dr Rachael Floreani, the EBRL's Director. "The ability for me to take forks in the road that are trailblazed by students has been incredible. And with cultivated meat, it's about trying to create additional ways to provide nutritious food for the people of the world."

One of those solutions is a flexible wound sealant for lung punctures.

"We would work with doctors and surgeons, to see if there's an unmet need in the patients," added Irfan Tahir, a Ph.D. candidate and New Harvest Fellow at the EBRL. "For example, a previous EBRL project was a wound sealant for lung punctures. If someone's lung gets punctured, we created a biomaterial, a sort of band aid, and as the lung expands and contracts, the biomaterial expands and contracts as well."

And while the EBRL has typically approached tissue engineering for the medical field, Tahir's research has been focused on cultivated meat, specifically cellular scaffolding, structures that help meat cells grow.

To cultivate meat, cells from an animal must be acquired, usually through a muscle biopsy while the animal is under anesthesia. Tahir takes the muscle biopsy – which includes other elements like connective tissue and extracellular matrices – and isolates the cells, growing and multiplying the cells until their numbers are in the millions in just a few days. Once enough cells are grown, they're applied to a scaffold.

"Scaffolding recreates the microenvironment that the cells grow on inside an animal's body. Our lab has expertise in scaffolding," Tahir explained. "We design hydrogels and other kinds of materials that are beneficial for the cells to grow."

Scaffolding has been built with collagen, which is typically harvested from animals, defeating the ultimate goal of cultivated meat: growing meat without killing an animal. Harvesting those materials isn't sustainable either. Instead, Tahir has focused on using alginate, a polymer found in brown seaweed. He and Floreani recently published an open-source paper exploring how scaffolds can be controlled mechanically.

"If we want to produce cultivated meat at scale, we need scalable materials," Tahir said. "For example, instead of extracting collagen for scaffolding from millions of animals, we need to turn to more sustainable sources such as seaweed, which can grow in both fresh and salt water."

Tahir explained that other researchers are using materials like grass, tofu, and even spinach leaves for scaffolding.

And while there are overall ethical benefits to cultivated meat, there are some roadblocks in developing and growing cells for consumption. Once cells have been isolated from a biopsy, they're fed a liquid media to encourage growth.

"The source for the liquid media is called FBS, fetal bovine serum, which comes from a calf. It's obtained in an unethical manner and it's extremely expensive, but it works so well because it's a soup of nutrients that allows the baby to grow," Tahir said. "This soup of nutrients has growth factors, insulin, everything that cells need to grow and thrive. There's a huge movement in the field to try and replace this. Even in our lab, we're working with alternatives so that we don't have to obtain it in a cruel way."

Tahir and the EBRL have partnered with organizations like Multus Media and Future Fields to obtain ethically-sourced, antibiotic-free growth factors for cultivated cells.

The field of cultivated meat is part of an evolving field called cellular agriculture and Floreani fully supports the movement.

"We will run out of space to grow food, whether it's animals or plants to feed people. The numbers are staggering," Floreani said. "When I thought about going from creating cartilage via tissue engineering to culturing meat, that could be a driver for this technology to address a national security issue."

And securing a safe and healthy food source is in the interest of national security. In September, President Biden issued an executive order advancing biotechnology innovation for a "sustainable, safe, and secure American bioeconomy."

"It is the policy of my Administration to coordinate a whole-of-government approach to advance biotechnology and biomanufacturing towards innovative solutions in health, climate change, energy, food security, agriculture, supply chain resilience, and national and economic security," the executive order read. "Although the power of these technologies is most vivid at the moment in the context of human health, biotechnology and biomanufacturing can also be used to achieve our climate and energy goals, improve food security and sustainability, secure our supply chains, and grow the economy across all of America."

Tahir, a vegan, beyond securing a safer source of meat for Americans and the world, ultimately wants to end the slaughtering of millions of animals.

"If this is successful, then perhaps we would have a world where we don't have to kill an animal to get meat," Tahir said. "We're super far away from that scenario but doing fundamental research toward that goal is important."

Cultivating meat for a sustainable future