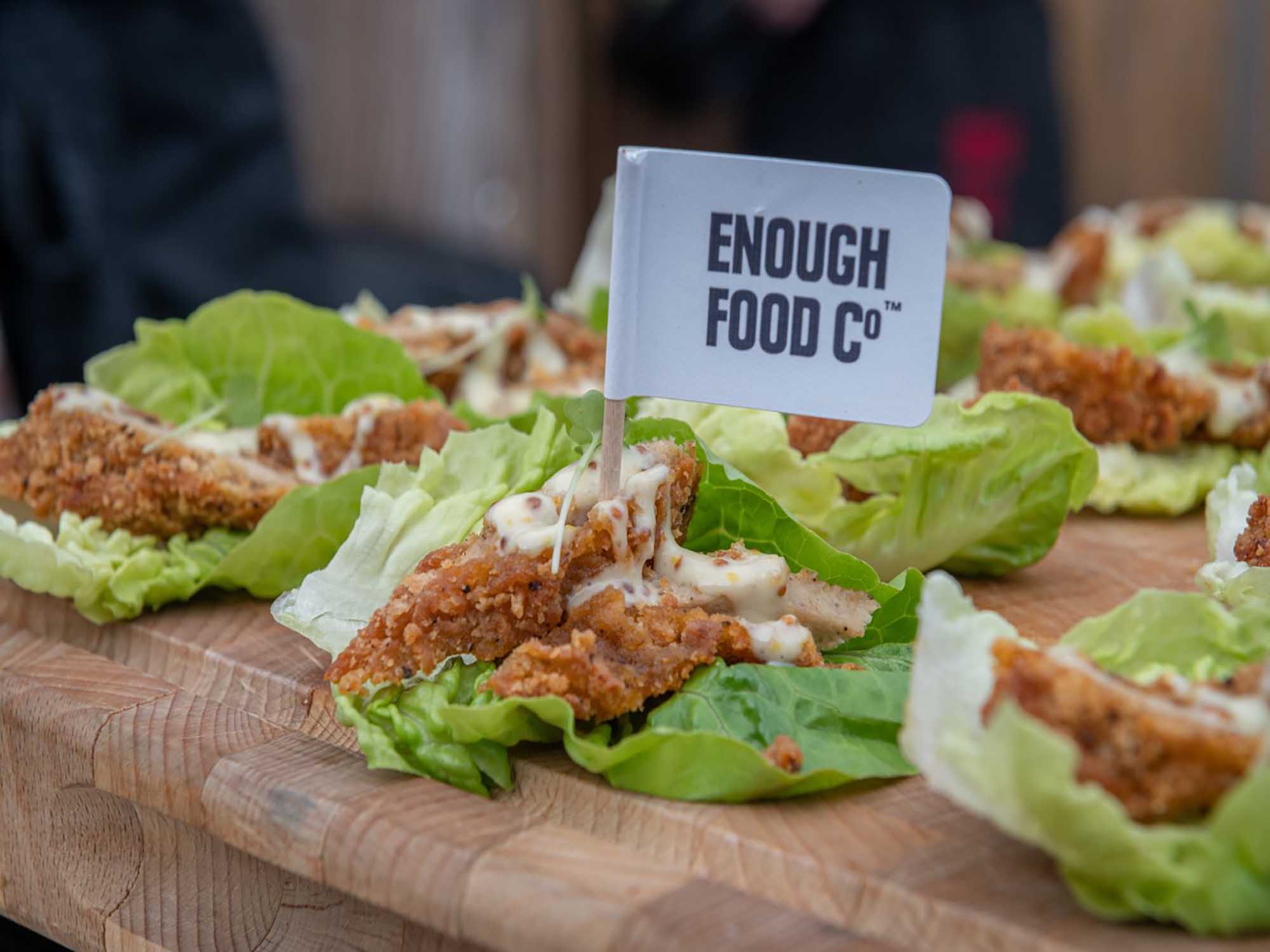 Exactly one year after breaking ground, food-tech company Enough (formerly 3F BIO) has celebrated the completion of the construction phase of one of the world’s largest protein facilities.

Livestock farming represents 15% of all GHG emissions and with protein consumption forecast to double in the next 30 years, a protein transition is crucial to meet the protein gap sustainably. Producing vast quantities of delicious, nutritious and SUSTAINABLE protein is one of the most urgent global priorities, and relative to other companies in this sector Enough's focus is on adding capacity to support the pace and scale of the required protein transition.

With initial capacity to produce 10,000 tons (22 million pounds) per annum from Q4 2022, the 15,000m2 (160,000ft2) facility is co-located alongside the Cargill facility in Sas van Gent in the Netherlands. The location and collaboration with Cargill ensures the most efficient feed source and supports the zero-waste advantages of Enough's product.

Enough’s plans target 60,000 tons of capacity by 2027, equivalent to growing one cow’s worth of protein every two minutes. This is wholly aligned with the development of the circular economy and the new facility has been supported by the circular Bio Based Europe Joint Undertaking CBE JU with receipt of €16.9 million of EU funding as part of project Plenitude  which involves partners from the full value chain.

“Enough’s aim is to grow capacity for sustainable non-animal protein sources in line with needs of the market," commented Jim Laird, CEO of Enough. "There are multiple forecasts about the pace of potential market growth and at this time the constraint on growth is a supply chain challenge of providing high quality protein sources at scale that can make delicious foods.”

Enough grows ABUNDA mycoprotein by fermenting fungi using renewable feed-stocks to make the most sustainable source of food protein. The role of fermentation as an advantaged means of growing protein to meet the needs of a growing global population has been increasingly highlighted. According to the World Economic Forum, “fermentation presents an opportunity to fundamentally change the way the world eats and improve global human and environmental health and the economy".

Enough’s process is readily scalable to use any locally grown feed-stock and the company’s medium-term goal is to grow over one million tons cumulatively by 2032. To do so will require over 300,000 tons of annual capacity and Enough anticipates that this will be in a minimum of three locations, close to both feed-stocks and consumers.

“As a B2B supplier of a nutritious whole food ingredient, rich in protein and fiber, we support food companies to produce not only delicious and sustainable foods, but healthy and nutritious too," added Andrew Beasley, Commercial Director of Enough. "This is fundamental to the continued growth of the sector, permitting the switch to non-animal proteins. The use of minimal processes and short ingredient lists will give confidence to businesses, retailers and consumers alike and is important to the further growth of the sector.”