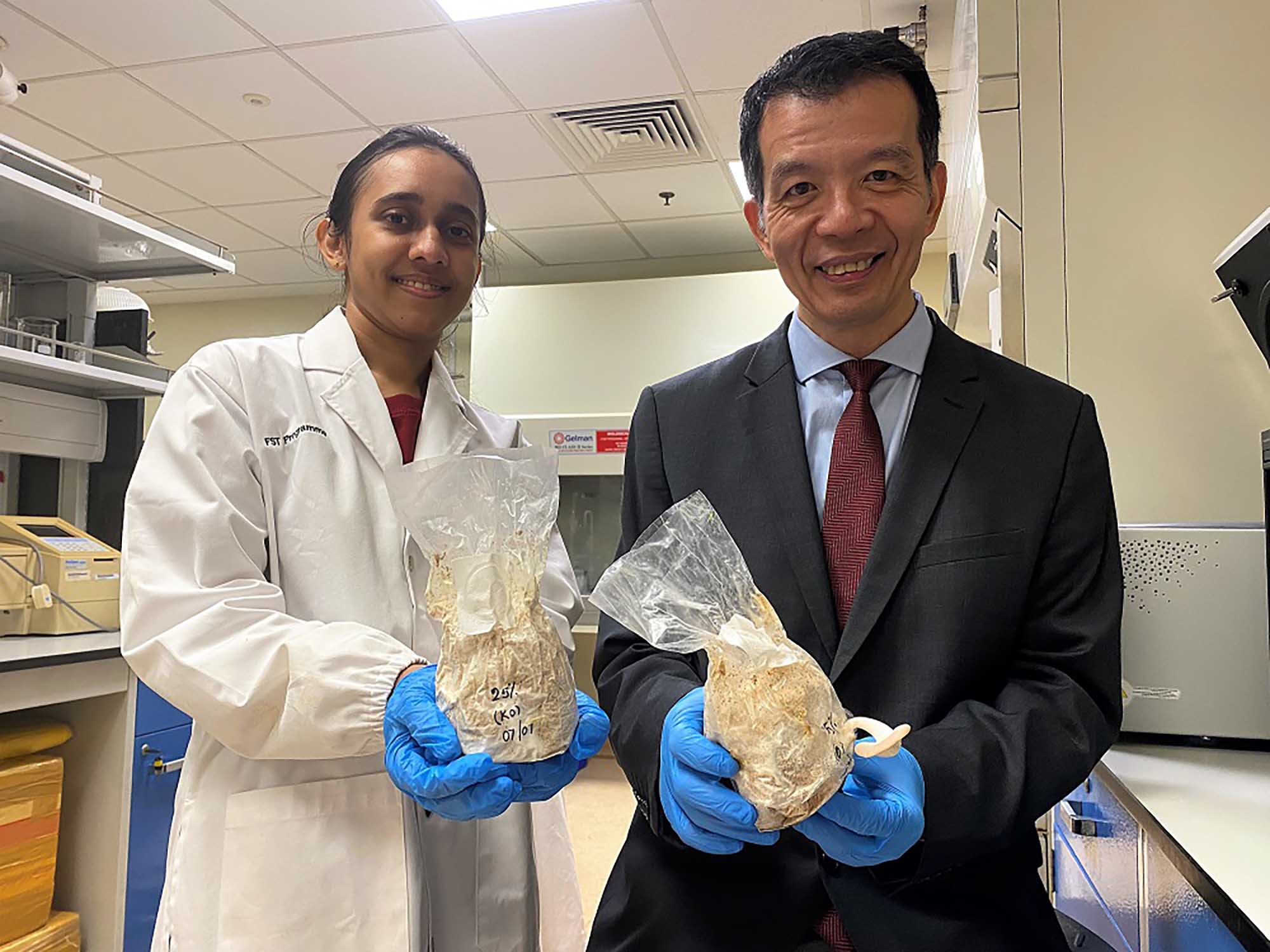 Scientists from NTU Singapore’s Food Science and Technology (FST) program have developed a technique to cultivate a fungi-based food product that could serve as a healthier, better tasting, and greener alternative to plant-based protein.

The fungi used to cultivate the product is grown from a base of nutrient-rich common food waste, which infuses the fungi with more essential nutrients, such as protein, iron, and amino acids. This makes them more nutritious than ingredients commonly used in plant-based alternative meat, such as peas, chickpeas, wheat gluten, and soy.

The cultivation of the NTU-developed food product would also offer an opportunity to reuse common food waste and by-products of agriculture and the food and beverage industry, such as soybean skin, wheat stalk, and brewers’ spent grain, a by-product of the beer-making industry.

One New Zealand start-up that is collaborating with NTU’s FST programme to implement the fungi cultivation technology in its food products is Off-piste Provisions, a plant-based meat company.

Besides playing an advisory role to start-ups, the researchers at NTU’s FST programme hope to develop their product to further boost its nutritional profile, as well as reduce food waste. They also hope to commercialize their solution by the year 2024.