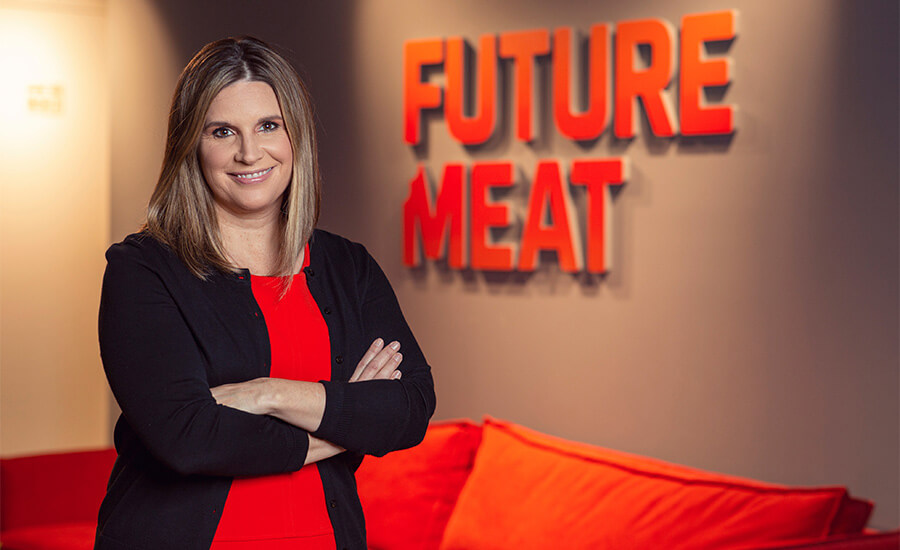 A cultivated meat startup, Future Meat Technologies appointed Nicole Johnson-Hoffman as chief executive officer. Johnson-Hoffman brings more than 25 years of experience across the agriculture, food manufacturing, food service, and meat production industries. She assumes day-to-day leadership of the company and will also join the company’s board of directors. She has 25 years’ experience with large-scale food manufacturing companies

“It’s an honor to serve as the CEO of Future Meat Technologies,” says Johnson-Hoffman. “Not only has the company made meaningful progress in developing the technology to achieve widespread adoption, but it is driven by a desire to support the entire meat industry’s shift to more sustainable practices—a cause I have championed throughout my career. I’m pleased to join the company at this pivotal moment as we prepare to commence cultivated meat production in the U.S.”

“We are extremely excited to have Nicole join Future Meat, following our recent Series B funding round that affirmed the company’s position as the leading player in the cultivated meat industry,” says Professor Yaakov Nahmias, founder and president of Future Meat Technologies. “Her vision and experience building and operating large scale food manufacturing facilities and working with global players across the ecosystem, are invaluable for a cultivated meat startup company that aspires for global transformation.”

Future Meat opened the world’s first cultivated meat production line in Israel earlier this year and is now scouting several locations in the U.S. for a planned large-scale production facility.

A wealth of experience

Previously, Johnson-Hoffman was based in Munich, Germany, where she served as managing director, Further Processed Foods for OSI Europe. OSI is one of the world’s largest privately held food manufacturers, with 57 facilities in 18 countries. She jointly served as senior vice president, leading the company’s global operations for the fast-food giant, McDonald’s, and as OSI’s chief sustainability officer, where she was responsible for setting the strategic direction for OSI’s global approach to sustainability and corporate responsibility. Under her leadership, OSI Group earned global recognition as a sustainability leader within the meat industry and received numerous awards.

Prior to joining OSI, Johnson-Hoffman spent 19 years at Cargill Incorporated, where she practiced law as in-house counsel and served in various leadership roles from financial services to beef plant operations in the U.S. and Asia. From 2010-2013, she served as the general manager of Cargill’s Fort Morgan, Colorado beef processing plant, one of the largest in the world.

Johnson was the founding chairperson of the U.S. Roundtable for Sustainable Beef, served two terms as its president and served for five years on its executive committee.

She holds a JD from the University of Minnesota Law School and a B.A. in International Relations from St. Cloud State University in Minnesota.