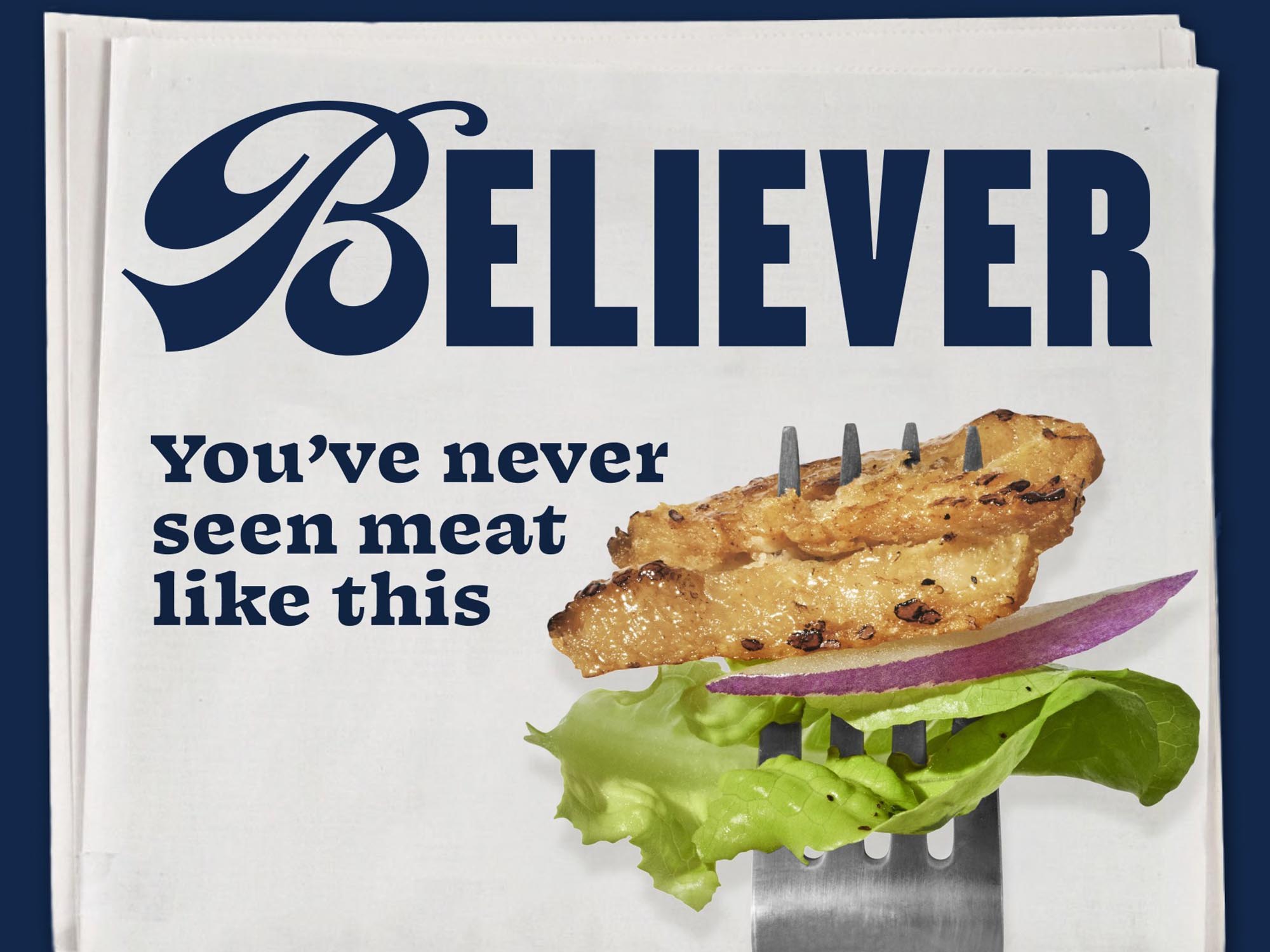 Future Meat Technologies (Future Meat), the company developing innovative food technology to produce cultivated meat, has changed its name to Believer Meats ("Believer"), effective immediately. The rebranding is a big step in the broader strategic transformation of Future Meat into a technology-rooted food company as Believer prepares for its product launch. Believer's groundbreaking process and technology have paved the way to bring cultivated meat one step closer to commercial viability, pending US regulatory approval.

"People are biologically conditioned to crave meat, but the conventional ways meat gets made today make it difficult to feel good about eating it. Our company rebranding to Believer embodies the course we've charted to build a better future of meat production," explained Nicole Johnson-Hoffman, CEO of Believer. "Our evolution from a biotechnology startup to a consumer-driven food technology company is a milestone on the pathway to broad adoption of cultivated meats and, importantly, signals that we're nearing commercial launch."

"Our name change speaks to our confidence in our mission to make it possible for all future generations to eat meat. Our team has created a revolutionary technology that blazed ahead of the field in terms of cost, safety and product experience," added Professor Yaakov Nahmias, President, Founder & Chief Science Officer of Believer. "While cultivated meat has its skeptics, we believe in demystifying the technology and critically demonstrating that there is a better way to produce meat through open science and innovation. As the demand for meat continues to grow in coming decades, the current conventional meat industry won't be able to meet the supply needed. That's why we believe cultivated meat is needed to secure healthy, sustainable and affordable nutrition for coming generations."

The company opened the world's first cultivated meat production line in Israel in 2021, becoming the first company to immortalize animal cells without any genetic modification and has pioneered a culture medium recycling technology that can reduce production costs and waste. Believer is establishing cultivated meat as the new standard around the world—leading a bold change in how meat is produced in our global food system.

"The name Believer is a testament to our wholehearted belief that there is a better way to produce meat that is delicious, nourishing and cost-effective," explained Michael Lenahan, Executive Vice President of Global Commercialization at Believer. "Our DNA is rooted in bioengineering, and we are supplementing the conventional and plant-based meat industries with the pragmatic precision of engineers to bring more options to the market. Believer is passionate and optimistic, just like the amazing people behind the brand."

The new brand was developed by the company in partnership with leading branding and design agency Red Antler. Believer is intentionally bold, confident, innovative, and designed to stand out in a category of green plant-based brands and red-hued meat brands. Its color palette uses deep blue that feels culinary and a system of supporting colors that feel fresh and vibrant. The Believer wordmark strikes a thoughtful balance between classic culinary and artisanal cues, with the 'B' counterbalancing yet complementing the other components of the mark.

The rebranding follows a series of significant milestone announcements made by the company within the last year, including its significant Series B round of financing, appointment of Johnson-Hoffman as CEO, creation of a global leadership team, and breakthrough in cultivating lamb, among others. The company will scale production of its cultivated meat products at its new commercial-scale production facility, which is expected to break ground in the United States before 2023.

"We are confident our new identity will draw people in through a balance of innovation and taste appeal," concluded Johnson-Hoffman. "Believer is going back to the source for the future we crave."