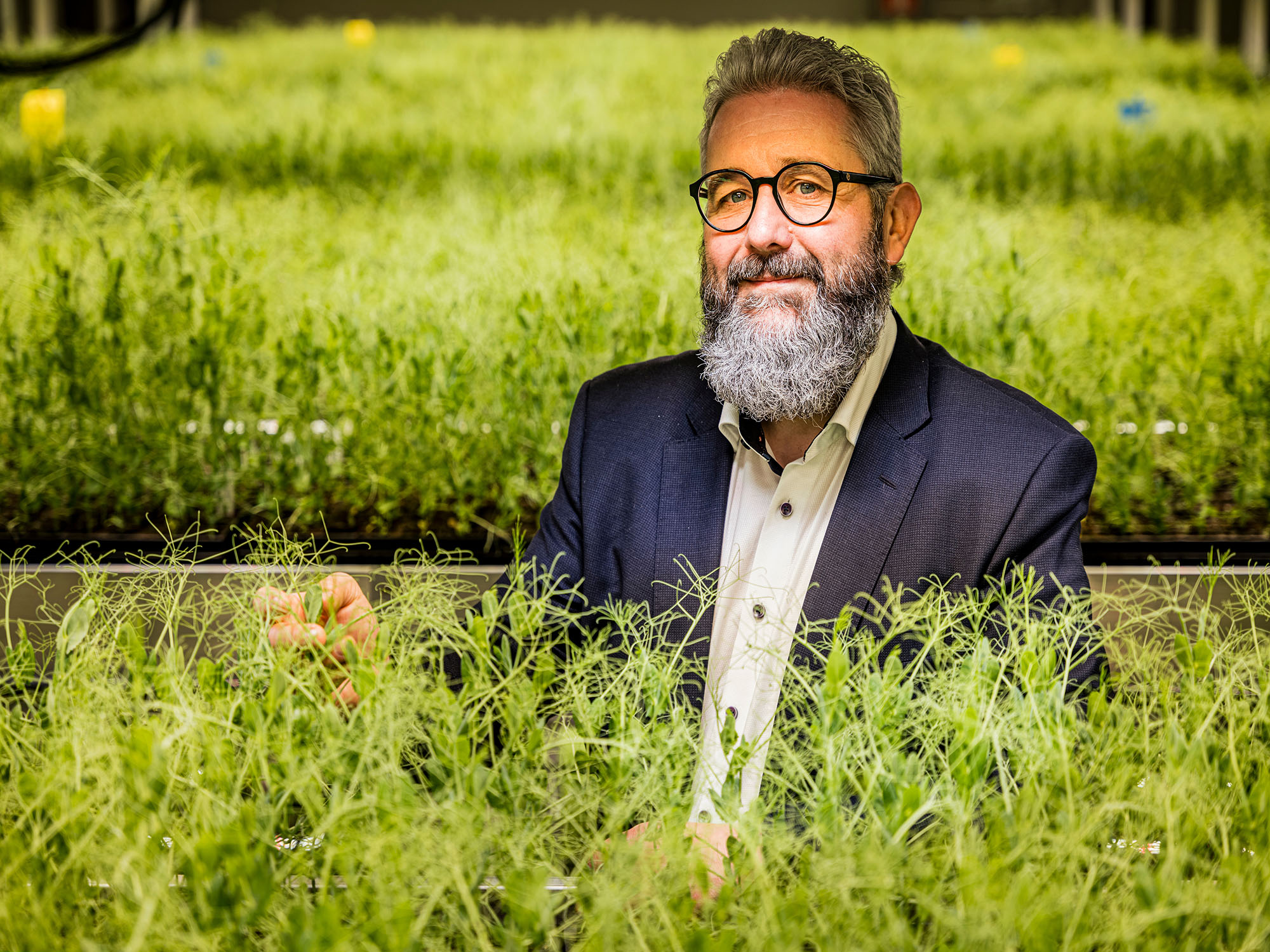 To meet the growing demand for locally grown protein crops, Ghent, Belgium-based Protealis is developing varieties of soy and yellow pea that can also thrive in northern Europe. The company wants to quickly offer more profitable varieties to European farmers and processors and is therefore investing in its own speed breeding infrastructure. A first for legume crop breeding in Europe.

Demand for protein crops is on the rise in Europe. Boston Consulting Group predicts that the consumer market for meat and dairy alternatives will grow by 14% every year by 2035. This sector is experiencing increasing difficulties in sourcing from the global market. Indeed, food requires GMO-free soya, which is not widely grown outside Europe. In addition, legumes such as soy remain essential for animal production. And although the European Commission forecasts that European meat consumption will stagnate over the next decade (-1.29% by 2030), we still continue to export meat en masse. The shift to more poultry (+3.91% by 2030) that requires a relatively higher proportion of protein in feed is also driving up soy demand further there.

Europe is only 30% self-sufficient in its protein supply and for the main source of protein, soy, we are even 95% dependent on imports. But the millions of tons of soy we import from South America every year to supplement our deficits come at the expense of rainforests and their unique ecosystems. Transportation to Europe also has a negative impact on the ecological footprint. Moreover, the nitrogen stored in proteins in South America eventually accumulates in our soils to problematic levels. This can all be done much better according to Protealis.

Protealis develops protein-rich and high-yielding leguminous crops that have the right properties for processing and are well adapted to our climate and the needs of local agriculture. In this way, legumes can become a worthy and interesting alternative to other crops such as wheat and maize in northern Europe.

Leguminous crops (such as soy, peas and beans) are very sustainable crops because they do not require nitrogen fertilization. The plants in fact extract their own nitrogen from the air via their root nodules, thanks to symbiosis with soil bacteria. They thus meet their own nitrogen needs. Some of the nitrogen extracted from the air is also made available to the following crop, reducing the need for artificial fertilizer for the crop sown the following year. In addition, legumes – unlike cereal crops, for example – also store net carbon in the soil, which benefits soil health and prevents erosion. Legumes are thus an excellent addition for farmers in crop rotation because they improve soils, offer opportunities for emerging carbon-farming and reduce reliance on expensive fossil-fuel-based nitrogen fertilization (especially Russian gas). Protealis works on solutions for nitrogen fixation, by selecting better soil bacteria and making them available in the future in an easily usable form, namely as a thin film around the seed.

Protealis' primary focus today is on soy and yellow pea. To be able to offer fast and more profitable varieties to European farmers, Protealis is now investing in specific, high-tech infrastructure for speed breeding. In such set-up, the ideal conditions in terms of light, temperature, humidity and day and night rhythms, among others, prevail for the plants to grow up and go from seed to seed at record speed. This ensures that the process of developing better varieties is partly disconnected from the seasons and can continue at an accelerated pace for an entire year. The breeding process of soy and yellow pea is thus shortened by as much as three years in this way.

"Breeding new varieties is traditionally a slow process, because you depend on the seasons and the crop's generation time," said Benjamin Laga, CEO of Protealis. "But when you consider the needs of agriculture, consumers and the planet, time is a luxury we no longer have. Thanks to speed breeding, the dependence on the seasons in the first steps of breeding falls away, and we significantly shorten the generation time. So we are putting our foot on the accelerator here. Where other breeders deploy their resources and technology on the biggest markets like wheat and maize, we are resolutely investing in the crops of the future."