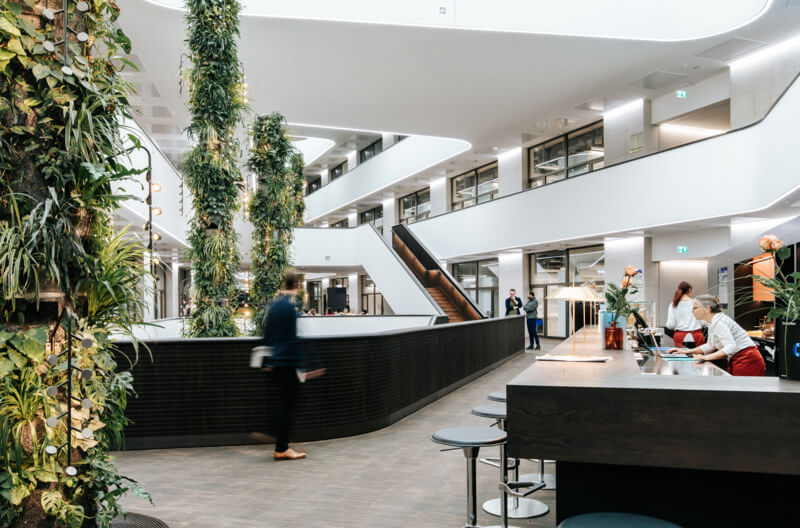 According to Ullram, the company is not focused on specific alternative proteins. He says that the nature of the hub is “to stay as flexible and agile as possible.”

Equipped with a state-of-the-art development kitchen and a pilot plant that includes a new high moisture extrusion machine, the Protein Hub will build on Givaudan’s expertise in taste, texture, colors, proteins and ingredients.

Customers can come to the Hub to work on all types of applications and every aspect of the product development process, from initial ideation and consumer insights to hands-on prototyping sessions – all to get products to market quickly.

Givaudan’s goal is to create “something really beautiful,” which might be a fillet mignon or a fish alternative, he exemplifies. “Whatever the challenge is, it’s up to our experts in the hub to identify a solution after breaking down ingredients and seeing which ones work best together.”

“We have seen the development of fava beans, chickpeas and mung beans emerge. We’ve also witnessed insect protein, potato protein and even air,” he explains.

“We have our high moisture extrusion machine, which is a completely new setup, so that’s the technological heart of the story. It enables our customers and us to talk about a new structure of products, with more fibers and improved fibrosis structures – which was not possible with a dry extrusion process.” Thomas Ullram, innovation director savory Europe, Givaudan Taste& Wellbeing Division, highlights the importance of meat alternatives.

Hybrid potential?
Industry is no stranger to merging meat and vegetable proteins. From a technological perspective, Ullram says hybrid innovation is “easier to reach”in terms of mimicking meat.

“You already have a certain amount of meat in there, so you don’t need to build a whole new product,” he remarks.

“What we’ve seen so far is that there are two streams of consumers seeing hybrids. One stream is ‘the best of the two worlds,’ where consumers view hybrids as marginally sustainable and delicious.”

“We also have consumers who say meat and plant hybrids are absolutely not sustainable because they still contain meat and will not be tasty because they are partly plant-based. These are the two extremes.”

The opening of the ZIC Protein Hub follows the launch of Givaudan’s APAC Protein Innovation Centre in Singapore in April.

“There is an abundance of creative flow and inspiration. It’s a great atmosphere, and we have access to our savory pilot plants. For us, there is no better place to focus on plant-based production.”