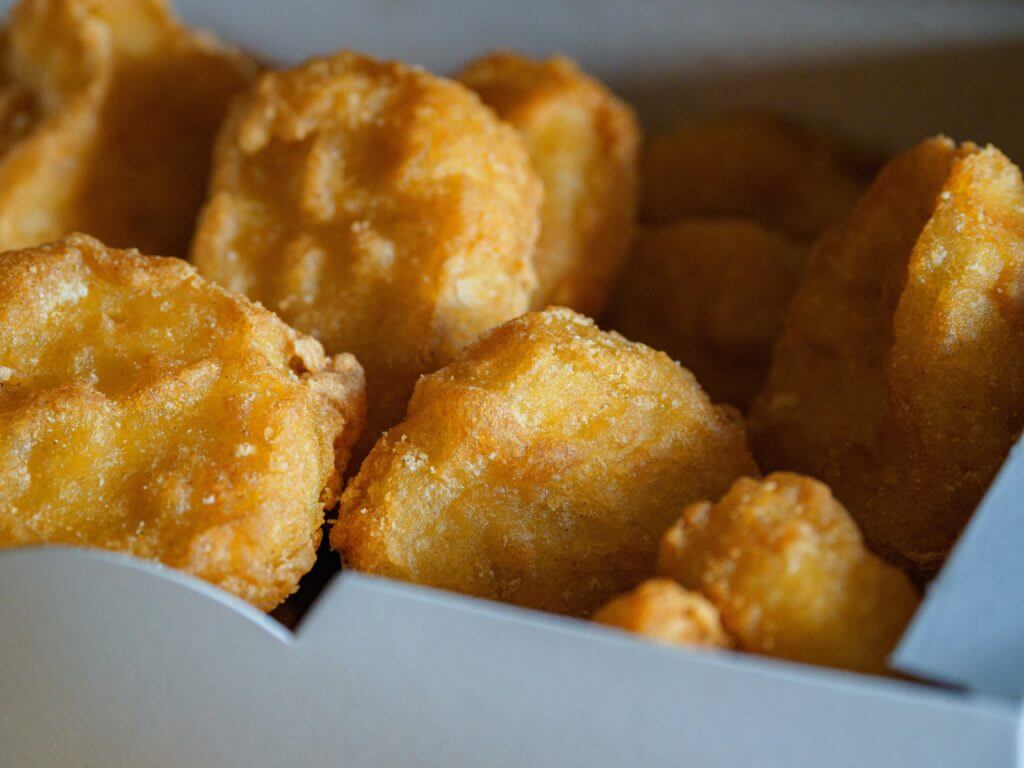 Moviegoers in the U.S. can rejoice that popcorn and sweets are no longer their only options at AMC locations. The chain has launched Impossible Foods’ vegan chicken nuggets entering theatres across 37 states. Recognised for its realistic beefless burgers, the brand released soy-based nuggets last summer.

The Impossible nuggets have been available to buy in several restaurant chains since last year. Burger King trialled them in a selection of its locations as well. The new relationship with AMC secures the brand’s first availability at movie theatres.

Something savoury for the meat-free movie buffs

“We’ve been working for years to be able to make this announcement,” AMC CEO Adam Aron tweeted last week. “Next week, we will introduce at most of our AMC-brand theatres Impossible Nuggets. With crispy breading on the outside, and a tender juicy bite on the inside, it’s hard to believe they are made solely from plants.”

AMC is not alone in recognising and catering for plant-based film fans. Texas-founded chain Alamo Drafthouse has long-been welcoming the meat-free crowd. A smaller operation than AMC, it specialises in an intimate dinner and a movie offering. Beyond Burgers have been on the menu since 2017, with extra vegan-friendly items added a year later. Pizzas and desserts included.

Chicken alternatives are experiencing a huge moment right now. Global food-techs are announcing new animal-free chicken lines and the QSR industry cannot get enough options. 2022 already looks to be the year of vegan chicken and seafood alternatives. It comes as light relief from burgers dominating the scene.

KFC U.S. has just announced a limited release of vegan fried chicken across all 4,000 of its locations. Partnering with Beyond Meat, a two-year chicken development project has now been perfected and launched to the public. It is unknown how long the vegan option will be available for.

Following on from the U.S.’s lead, Canada is stepping up its plant-based chicken game. Both KFC and Mary Brown’s, notable chicken restaurants, have announced they are working with Lightlife. KFC has worked with the brand before, bringing a vegan sandwich to market in 2019. Now, it is rolling out the option across Canada and adding popcorn chicken too. Mary Brown’s is offering à la carte or sandwiches made with Lightlife’s chicken alternative. Neither chain has labelled the new items as vegan, due to cooking practices.

Chile’s NotCo announced that it is targeting the chicken market in December last year. Its latest AI-based success is a range of plant-based chicken products that founder Marias Muchnick claims tastes identical to the real thing. Launch of nuggets, burgers, and fillets are planned for limited locations. Chile, Argentina, and Brazil will lead the pack, with the U.S. and Canada expected to follow soon after. NotCo currently works with Starbucks, Papa John’s and Burger King but not chicken-based releases have been announced to date.