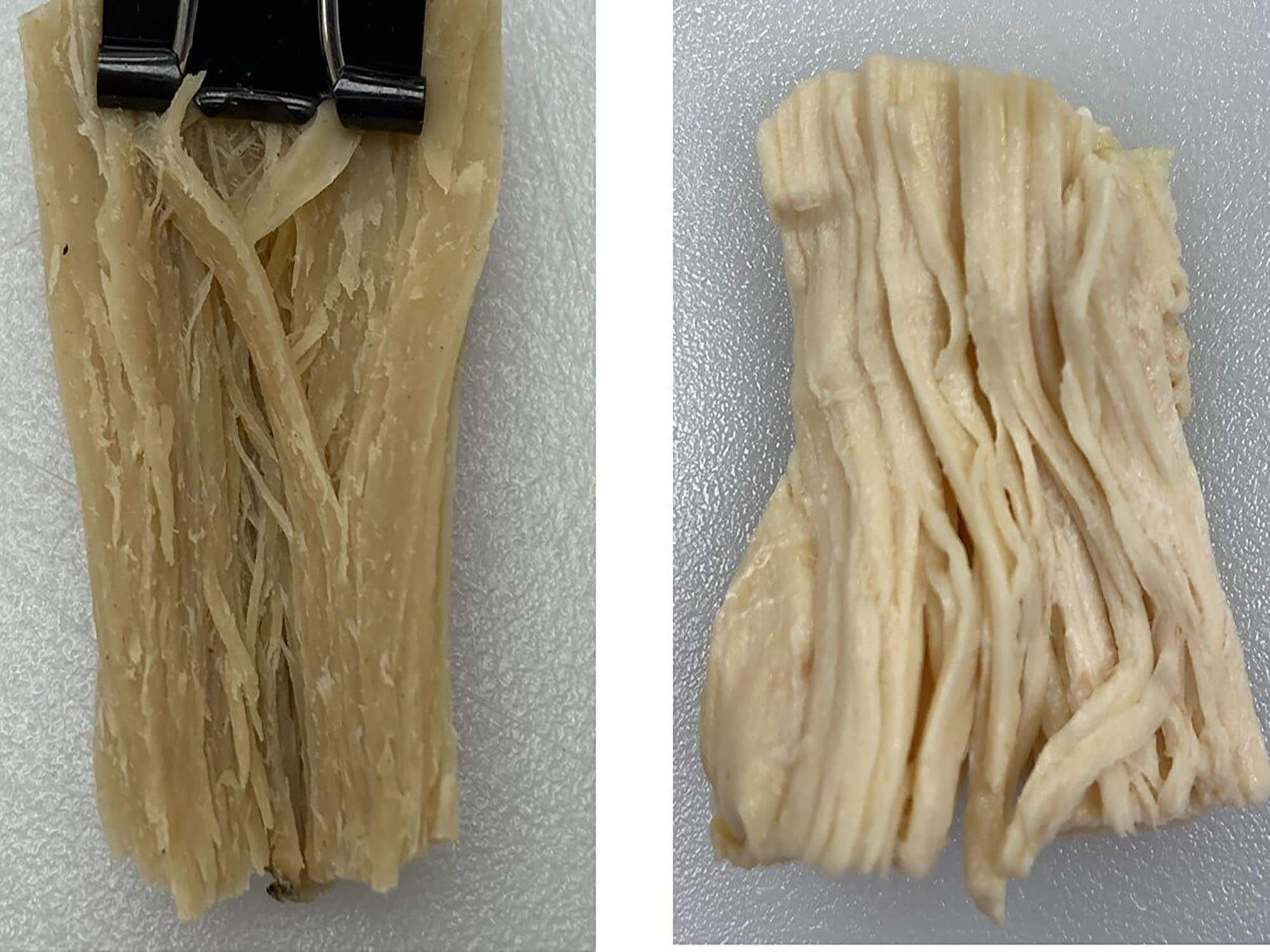 Many people have now embraced the plant-based meat movement. Plants high in protein, such as soybeans, are common ingredients, but it's been unclear how much of the nutrient makes it into human cells.

In the American Chemical Society's Journal of Agricultural and Food Chemistry, researchers report that proteins in a model plant-based substitute were not as accessible to cells as those from meat. The team says this knowledge could eventually be used to develop more healthful products.

Consumers can now buy almost any type of alternative meat, from ground beef to fish sticks. To mimic the look and texture of the real thing, plants are dehydrated into a powder and mixed with seasonings. Then, the mixtures are typically heated, moistened and processed through an extruder. These products are often thought of as being more healthful than animal meats because the plants used to make them are high in protein and low in undesirable fats. However, lab tests have shown that proteins in substitutes don't break down into peptides as well as those from meats. Osvaldo Campanella, Da Chen and colleagues wanted to go a step further and see if human cells can absorb similar amounts of peptides from a model meat alternative as they can from a piece of chicken.

The researchers created a model meat alternative made of soy and wheat gluten with the extrusion process. When cut open, the material had long fibrous pieces inside, just like chicken. Cooked pieces of the substitute and chicken meat were then ground up and broken down with an enzyme that humans use to digest food. In vitro tests showed that meat-substitute peptides were less water-soluble than those from chicken, and they also were not absorbed as well by human cells.

With this new understanding, the researchers say the next step is to identify other ingredients that could help boost the peptide uptake of plant-based meat substitutes.