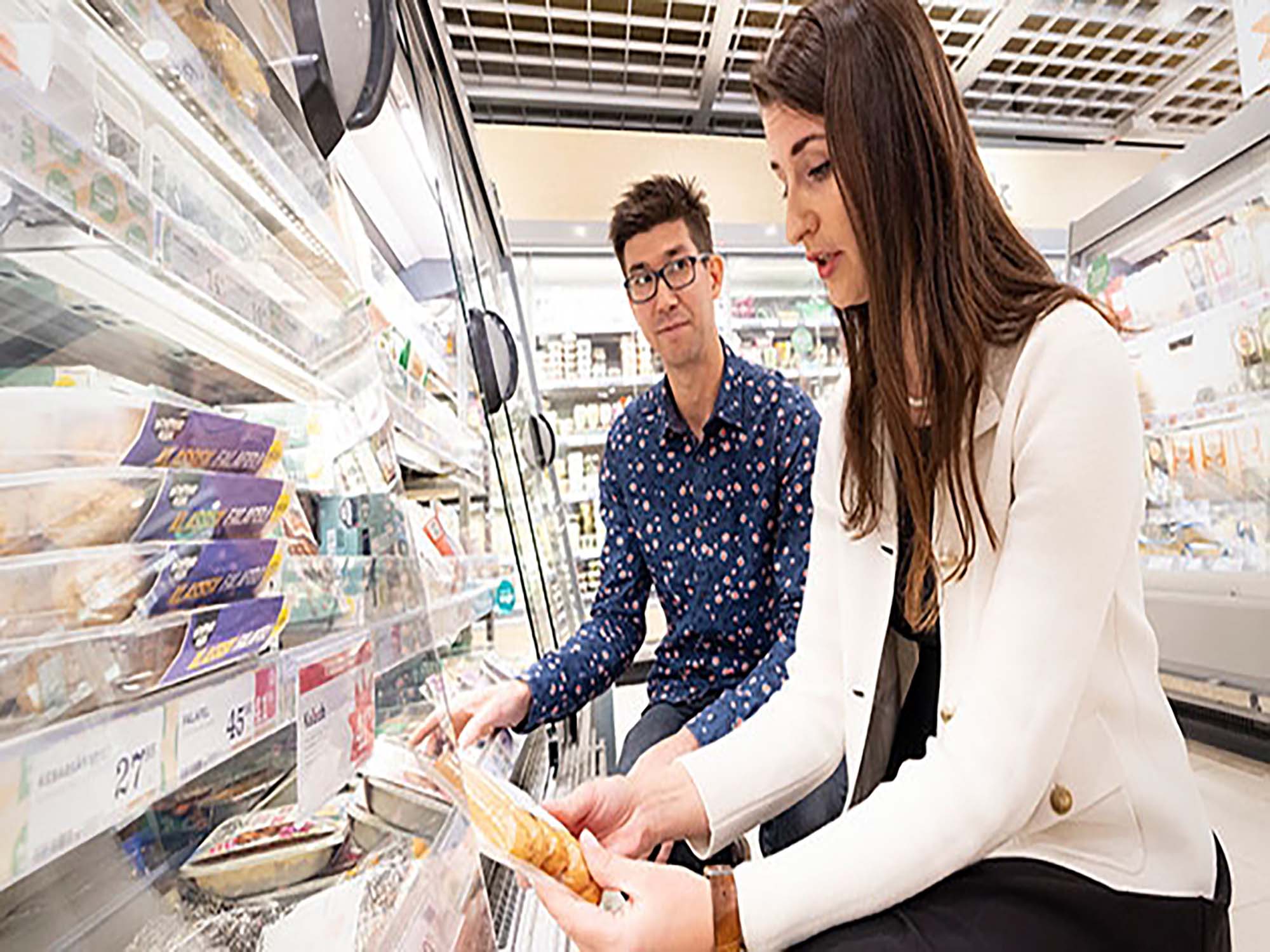 In search of a sustainable food sector

New proteins, wild berries and experimental food production. Could this be the key to more sustainable food production? The FINEST innovation center is planning to investigate this as part of a four-year project.

Unfortunately, producing the food that sustains us is also a major contributor to the world’s environmental and climate change emissions. This is why new ideas and innovations are needed to take food production in a sustainable direction.

The Finest center is working towards precisely that. Together with Chalmers University of Technology, research institute Rise and 15 stakeholders from the food industry, Uppsala University is now taking part in a four-year centre looking at how food production can be made sustainable from an environmental, economic and social perspective.

Postdoctoral researcher Helena Fornstedt has written a thesis on resistance to innovation. Her project has focused on mapping what is known as the protein shift.

“We need to both eat and produce food differently to how we go about it today if we are to overcome the problems, and there needs to be an open debate about how to do this," she said. "This is because we need to replace red meat, or at least eat less of it because producing it is so high on emissions.

"So right now we are looking at the innovation system that has been built around plant-based proteins,” she explained.

The protein shift with emphasis on legumes is one of the project’s three main areas of innovation, the other two being experimental food production and how better to make use of the wild berries that grow naturally in Swedish forests.

Thomas Lennerfors, Professor of Industrial Engineering, is heading a work package at the center. He provides a number of specific examples of how sustainable innovation can take place in the food sector. “When it comes to proteins, the idea is that they should be based primarily on legumes and be capable of being grown in Sweden so that we do not contribute to the problems of soy cultivation. We are also trying to include the pleasure aspect when we are looking at this, so that tasty products can be created with a pleasant texture. And perhaps we should make better use of the berries that grow in this country. Only about 5% of the wild berries in Sweden are picked today, and a large proportion of these are then exported.”

The project’s objective is thus both a sustainability issue and an industrial issue. This is partly because food production there helps to ensure we produce more food locally, and partly because this in itself creates jobs in Sweden. That is why it is important to investigate how the wild ingredients that already exist in Sweden can be processed to form new products here. But also to kick-start major domestic production of legume-based products.

“There have been a lot of new products in recent years, some of them using Swedish-grown peas, but where the product has had to be processed in another country. But there will be a facility in Sweden that can deal with this from the beginning of the year,” suggested  Fornstedt.

However, we also need completely new ideas to steer the food chain in a sustainable direction. And this is where the experimental aspect of the project comes into play. This will be very much about how to move away from farming to exploring how to grow food in artificial environments in order to reduce dependence on arable land.

“This is a fairly open aspect to date. We will also problematise the concept of sustainability and examine what is meant by various statements,” said Lennerfors.

The project involves 15 stakeholders in the Swedish food industry. But, of course, the researchers are also looking out into the world to see what is happening in this field in different countries, and whether they can learn from other countries’ food production systems.

“These are often quite narrow studies in the research world. But there is a great need for a broader impact, and to do this in consultation with the existing stakeholders,” continued Lennerfors.

Fornstedt is thinking along the same lines. “It is great to be able to hold discussions with them and get their views on the industry and the problems they perceive. It is important for us to think as researchers and remain capable – as far as possible – of seeing different perspectives and how they can conflict with one another,” she explained.

This is because a lot of improvements are needed to create innovation leading to sustainability in the food sector. If farmers are to have the courage to switch to legume production, there are many indications that they will need better guarantees to show they will actually be able to sell what they have produced. This may also be related to what can be done with the legumes. “Many people say we need better, tastier products to attract people who might not want to go vegan but still want to eat less meat," concluded Fornstedt. "Price is an important issue as well – meat is currently subsidized, whereas vegetarian products are not.”

In search of a sustainable food sector