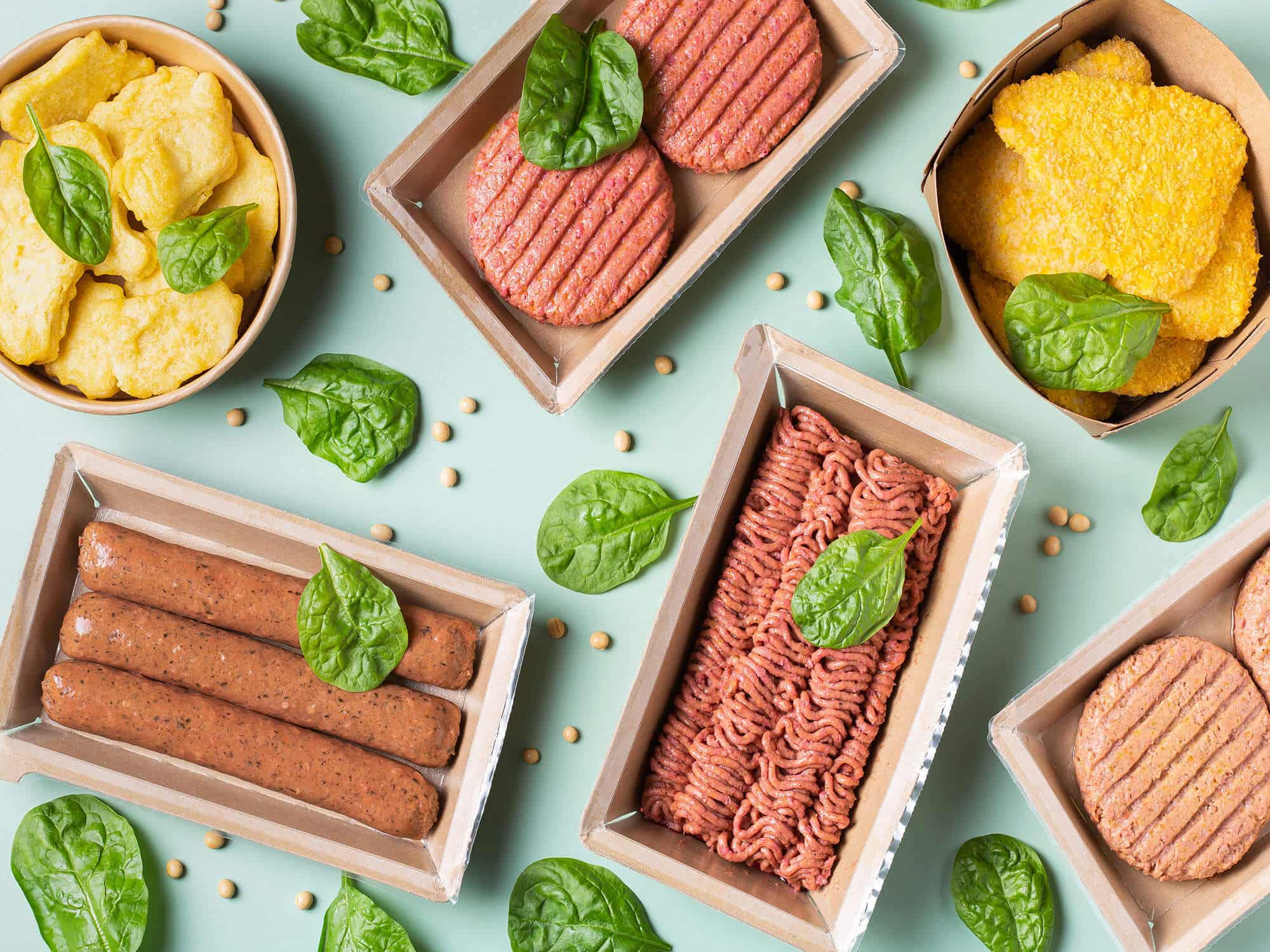 Jonathan Djanogly: Britain can lead the world in new ways of making meat

This week, the UK government set out plans that could make the UK’s food system more sustainable while enabling British businesses to tap into a lucrative global market. The new Government Food Strategy acknowledges that Britain can play a much larger role in a growing industry that makes meat from plants and cultivates it from cells, in addition to raising and slaughtering animals.

It says that the alternative protein sector provides an opportunity for growth, complementing traditional livestock farming, and that the Government will keep the UK at the front of this innovative sector. The strategy also contains a government pledge to work with the Food Standards Agency (FSA) on guidance for companies working in this field, as we take up the opportunities presented by Brexit, reducing barriers and reviewing regulations to ensure new technologies can be rolled out quickly at the highest consumer standards.

Britain, with its long history of scientific excellence, its universities brimming with great minds, and its proud entrepreneurial spirit, has a clear opportunity to become a world leader in this space – but we must act now to avoid being left behind by other nations.

Cultivating meat involves taking a sample of cells from an animal and growing them in a nutritious medium so they multiply and become muscle tissue, in the same way they would inside an animal’s body. The final product is exactly the same, down to the compositional level, as the meat people enjoy to eat now.

Plant-based meat, which recreates the flavor and texture of meat using new combinations of ingredients from crops, is already generating millions in sales for many forward-thinking British businesses. However, there is huge untapped potential for improvement and expansion to bring plant-based meat even closer to taste parity, and to lower the price points so it is truly competitive with conventional meat.

Another exciting area in the sustainable protein space is fermentation, which builds on centuries-old methods in innovative ways to create animal-free meat and dairy products.

The potential market for these new foods is enormous. Retail sales of plant-based foods across the UK stood at more than £600 million in 2020 – the second highest rate in Europe. McKinsey & Co project that cultivated meat will be worth £15 billion worldwide by 2030, and Oxford Economics find taking an early advantage could deliver a £2.1 billion boost to the UK economy.

There are also huge environmental benefits to making meat in these ways. When produced using renewable energy, cultivated meat could reduce emissions by up to 92%, as well as using 95% less land, reducing pressure on wild habitats and natural carbon sinks. And plant-based burgers produce up to 90% less emissions than conventionally produced beef.

The Intergovernmental Panel of Climate Change recently pointed out that even in the impossible scenario of fossil fuels disappearing overnight, emissions from the world’s existing food system would jeopardize our Paris Agreement targets of keeping global temperatures below 1.5C. The government is absolutely right to recognise that sustainable proteins will play a crucial role in achieving our own world-leading target of net zero emissions by 2050.

As the world’s population grows and our appetite for meat increases, these sustainable alternatives are an important part of the solution – as a scalable way of meeting demand for meat and dairy more sustainably, which doesn’t rely on people overhauling the way they eat today.  However, sustainable proteins will only be able to deliver on their full potential when they are as cheap and tasty as conventionally produced meat.

In universities and development kitchens around the world, the race is on to find innovative ways of improving flavor and texture, scaling up production and bringing down costs. This week’s white paper lays the foundation for Britain to finally take the lead – but it needs to be followed by well-targeted investment as part of a broader coordinated sustainable protein strategy.

Pioneering work is being done by British scientists and startups. But according to the Good Food Institute, a not-for-profit organization seeking to advance sustainable proteins, there are three areas holding us back.

Other countries are backing research and development. Just a few weeks ago the Netherlands invested almost £50 million towards developing a cellular agriculture ecosystem, as an initial step towards investing between £200 and £300 million in total. Last year also saw Denmark invest £142 million in plant-based meat, Israel invest £23 million in cultivated meat, and the United States provide funding to set up a flagship research center – while UK investment has stagnated.

British research has also been uncoordinated, reducing the ability of our scientists to maximize their impact. The level and type of funding which has been available also means there is little room for academic and industry collaboration, preventing scientists’ work from being commercialized here, and meaning companies overseas are more likely to take advantage of their findings – as apparently happened when the results of a Cambridge University study were obtained by a Dutch cultivated meat company in 2018.

In order to achieve the UK’s enormous potential, the government needs to earmark substantial funding every year until 2027 to build a dynamic sustainable protein ecosystem. The government should invest  at least £100 million towards foundational, university-led R&D and £125 million towards fostering close-to-market innovation. The latter should include £75 million in new grants for startups, and £50 million towards establishing an innovation cluster to ensure findings developed in the UK can be used by British companies. Meaningful investment of this kind would build British expertise, stop scientists moving to countries which are prioritizing sustainable proteins, and establish dedicated research centers with modern labs able to carry out groundbreaking research.

I hear reports of confusion within government as to which public bodies should be regulating and supporting this sector. So we also need to see a National Sustainable Protein Strategy in order to provide strategic oversight and coordinate between all relevant government departments to foster this green new industry on UK shores.

Becoming a world leader in sustainable proteins would have benefits far beyond our elite universities – indeed they could help level up the country as hubs providing high-value jobs could be set up anywhere. The Department for International Trade pointed to the North East as a possible location, with its flexible arable land, existing facilities, and five universities producing more than 3,000 graduates specializing in subjects such as biology and food science every year.

With the right support, British farmers could also benefit from public investment in sustainable proteins – as they free up land for high nature value farming, provide new diversified income opportunities, and strengthen domestic supply by reducing reliance on overseas imports. Investing in this space would support our ambitions to establish the UK as a global science superpower to level up our regions , and reach net zero by 2050.

Other parts of the world are already taking the lead and the UK cannot afford simply to ride on their coat-tails. The country that gave the world the electric light bulb, the programmable computer and the world wide web should now be at the forefront of this emerging technology. The Government needs to join the race and invest in sustainable proteins now.

Jonathan Djanogly: Britain can lead the world in new ways of making meat