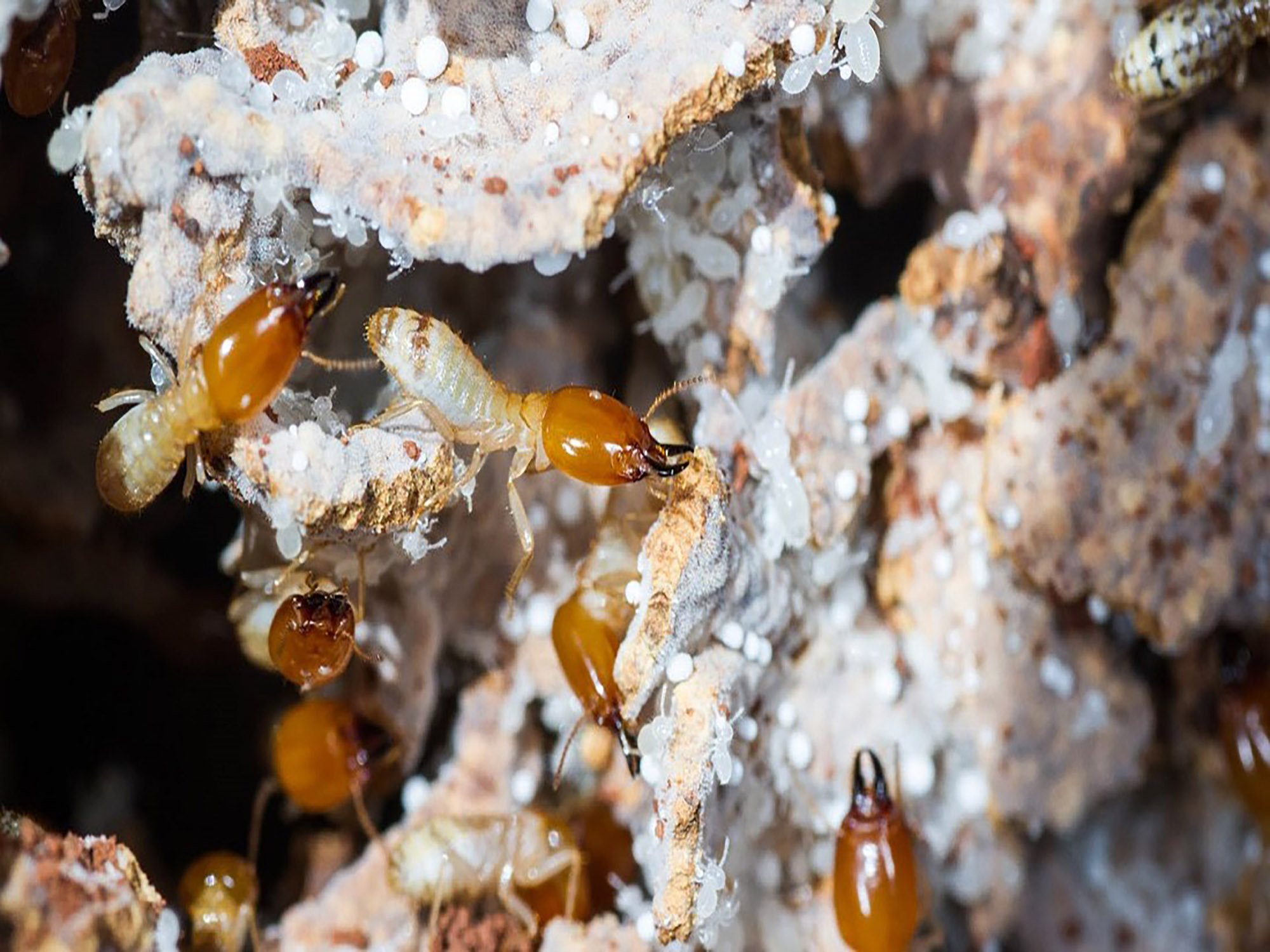 Learning how to grow super mushrooms, with termites as teachers

Termites are more than pests. In fact, in Africa and Asia, termites have been advanced fungal farmers for 30 million years. As something quite unique in nature, they cultivate fungi just for food. And through evolution, they have optimized their mushrooms to become an ideal food source.

"Generally, mushrooms are a good source of protein – and we need sustainable protein alternatives to meat," said Professor Michael Poulsen of the University of Copenhagen’s Department of Biology. "However, relatively few types of edible mushrooms are on the market today – with the ones that are, primarily grown because they are easy to cultivate, not because of their nutritional and health value. Here we have a mushroom that has already been naturally optimized to be an ideal food source for animals, meaning that it is also high in qualities as a human food source."

Poulsen and a group of research colleagues will now get to work on finding out what takes to get Termitomyces mushrooms into production as human food source, i.e., without the intervention of the termites. To do so, Professor Poulsen has just been awarded a grant from Independent Research Fund Denmark.

Termitomyces fungi live in a symbiotic relationship with their termite hosts. In short, termites collect, then munch on dead plant materials such as leaves, wood and grass, which pass through their intestines in a semi-digested state before being excreted into the termite nest.

There, in specially designed chambers with carefully regulated temperature and humidity, the termites tend to their fungal farms. As the termites spread their feces over the fungus, plant material is broken down, allowing the fungus to grow. Finally, the termites consume the fungus as their only food source.

But these fungi don’t just feed termites. Once a year, they sprout monstrous mushrooms that are collected and sold as an expensive delicacy in Chinese markets and rural areas of Southeast Asia and Africa, where they are an important food source. Which makes good sense, as Poulsen explained.

"These mushrooms contain more protein than chicken and plants such as soy, corn and peas, have a better amino acid composition and also contain a wide range of healthy vitamins. Nutritionally, they are at the high end – and they even taste good. But for now, as they cannot yet be cultivated in the absence of termite hosts, their availability as a human food source is limited."

The research project will embark on two paths:

"For now, we can grow fungal mycelium on a small scale, but without mushrooms. We’ll see if we can scale up production to the extent that it becomes profitable. The idea is to cultivate the fungi on leftover plant substrates. In Denmark, this could be wood chips or straw that would otherwise be burnt. Here, we might be able to convert some of this material into fungal biomass, for human or agricultural animal consumption," continued Poulsen.

Concurrently, the researchers will investigate what is needed to coax mushroom growth.

"The other path we’ll be taking is to understand the natural processes involved as these mushrooms emerge. We will try to recreate the same conditions present in a termite colony – with regards to temperature, humidity, CO2, composition of plant biomass, etc. At the same time, we’ll look at which genes are expressed in the fungi as mushrooms are produced. If we can understand their biology better, we will be better equipped to mimic the conditions needed by mushrooms in the laboratory," added Poulsen.

Professor Poulsen points out that the production of Termitomyces mushrooms would first and foremost have high market value as an alternative protein source. Furthermore, large-scale production could have a positive impact on local economies in parts of the world where these fungi already grow naturally, but where their collection is restricted to termite colonies.

Learning how to grow super mushrooms, with termites as teachers