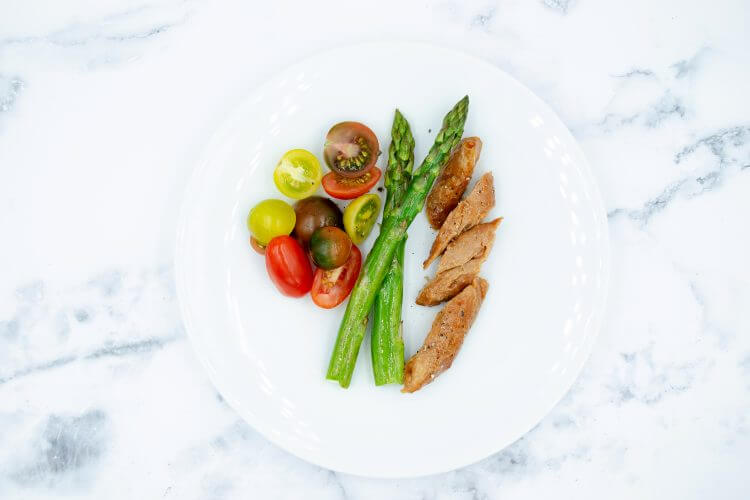 Making Protein Out Of Thin Air

Air Protein CEO, Lisa Dyson, explains how her company leveraged NASA technology to create a protein source from the air that we breathe. We are going to have to feed a lot more people in thirty years’ time. The United Nations predicts that the food industry will have to provide for almost 10 billion people by 2050 – an increase of nearly 20% on the current population. This prospect is causing headaches for an industry that is already stretched – Action Against Hunger estimates that 811 million people are currently going hungry (despite claiming there is more than enough food to go around). But can we really create nutritious food from our own atmosphere?

Air Protein uses the carbon dioxide that is abundant in the atmosphere,mixes it with organisms called hydrogentrophs and water, and then using solar power, ferments the mixture in tanks until the final product is ready.

Dyson revealed that herself and her team had at least some of the hard work done for them decades ago during the height of the space race.

“As you can imagine, making meat from air and protein from airisn’t the easiest thing to do on the planet. But happily, we’ve leveraged some initial thinking by NASA decades ago and built out our own proprietary technology that allows us to make this highly nutritious, highly sustainable protein that we’re using to make meat,” she said.

“The scientists at NASA were thinking about the problem of feeding astronauts in outer space. There’s no place to pick up food along the way, so you have to generate your own, and you have to generate it onboard in away that uses minimal resources and takes up minimal space.

There will no doubt be scepticism over this new technology. Aside from sounding complicated, it also sounds very expensive. But Dyson refutes this, “this is a highly scalable way of making a very sustainable protein, and the reason is twofold.

“As we scale up the technology and reach economies of scale, we do believe that this will be economically attractive and one of the most superior protein sources from the perspective of economics, as well as sustainability and nutrition,” she maintains.

Some of the places worst hit when it comes to hunger and malnutrition are not blessed with extensive infrastructure.

Is the world ready for Air Protein?

Convincing an industry which, by and large, has used similar techniques to create protein for some years, to adopt such ground-breaking technology might seem like an uphill struggle. So, is the world ready to eat protein manufactured from thin air?

“The short answer is absolutely. I think that this is ripe for adoption, immediate adoption, and that’s because consumers are demanding alternatives. They’re putting their dollars down as their votes. They’reinvesting in purchasing alternatives. Consumers are asking for options that are not harmful to the planet, and that are environmentally friendly. And they’re also asking for options that focus on nutrition,” answered Dyson.

Making Protein Out Of Thin Air