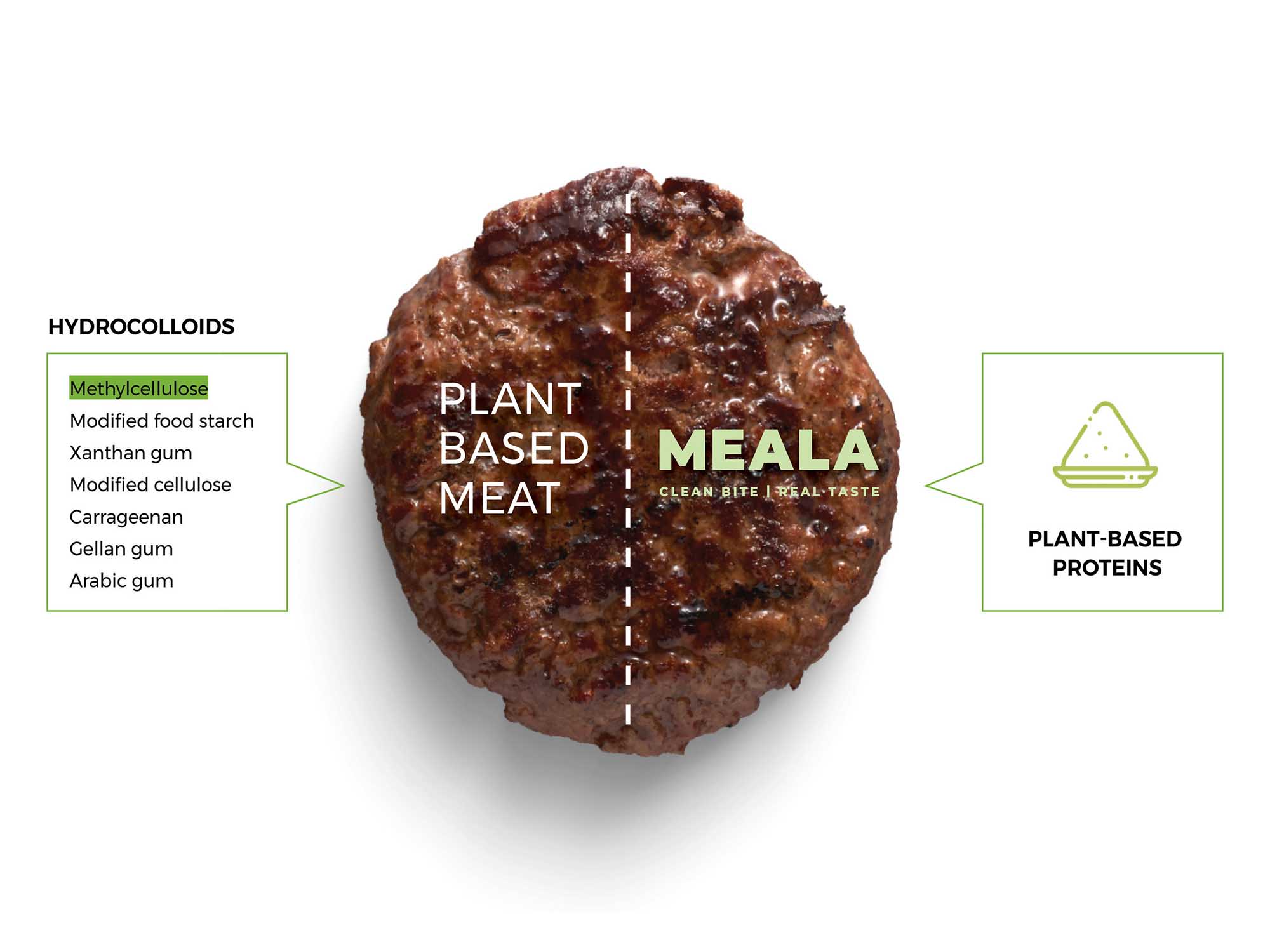 Although the plant-based category continues to gain momentum, alt-protein food formulators still struggle to raise the clean-label and mouth-feel of their products up to par with traditional animal-based counterparts. Currently, popular meat alternatives such as veggie burgers and sausages typically contain a long list of ingredients, some with complex chemical names unfamiliar to consumers. This renders them as 'ultra-processed' products and risk rejection. One of the more popular of these is methylcellulose.

Methylcellulose (food additive E461) is a water-soluble polymer that has been chemically modified from natural cellulose. It appears in a broad scope of meat, dairy, and egg analogs as a thickener, emulsifier, binder, stabilizer, and gelling agent. It gels when exposed to heat, giving a more meat-like sensation but returns to its viscous state when cooled. As plant-based proteins have low water retention capacity and can't bind, hydrocolloid like methylcellulose are essential.

Most meat alternatives on the market contain veggie protein (usually soy) combined with water, methylcellulose, additional stabilizers, flavors, colors, and fat and at large fail to meet the clean-label standards today's consumers' demand. But more than that, they still don't quite hit the desired meat–like sensation.

"If you break down the ingredients list of a real meat burger, its composition will be meat, fat, some carbohydrates, spices, salt and pepper," explained Hadar Razmovich, CEO & Co-founder of Meala. "Our vision is for plant-based alternatives to sport a similar short list of simple, recognizable 'home kitchen' ingredients while delivering the same full-bodied flavor and texture of real meat."

Meala's solution is produced using naturally occurring biocatalysts, enabling it to function as an exceptional methylcellulose replacer. Its platform works with a versatile range of plant proteins, creating from them a stable hydro-gel when heated, but without changing its behavior when cooled. The Meala's platform can be easily integrated into CPG products through existing manufacturing lines.

"In lab trials, our product demonstrated superior water retention capabilities and gelation properties," asserts Liran Gruda, CIO, chef, and co-founder of Meala. "It exhibits a more fat-like quality when infused into meat analogs, tendering a juicier and more succulent bite. Meala is an all-encompassing solution that can replace not only methylcellulose but a whole system of stabilizers that are commonly used. It significantly improves texture in meat analogs, with no aftertaste yet with a nicely 'polished' label."

Meala's products will appear on an ingredient panel simply as a protein, such as pea or soy, and makes up roughly 4% of the end product. The company reveals that its protein has already passed proof-of-concept trials in plant-based burgers, kebabs, dumplings and similar meat analogs manufactured for alternative meat producers and food service. Meala will focus on this sector before expanding to dairy, fish, and egg alternative products.

"Some of the leading plant-based meat brands sparked a true revolution with products that much more closely imitate 'meaty' textures and flavors," admits Amir Zaidman, Chief Business Officer of The Kitchen FoodTech Hub. "Unfortunately, it is challenging to replace additives consumers do not want in their foods. We are extremely excited about Meala's breakthrough B2B platform and the possibilities it opens for plant-based brands. We believe this can be a giant step in making plant-based foods the standard."