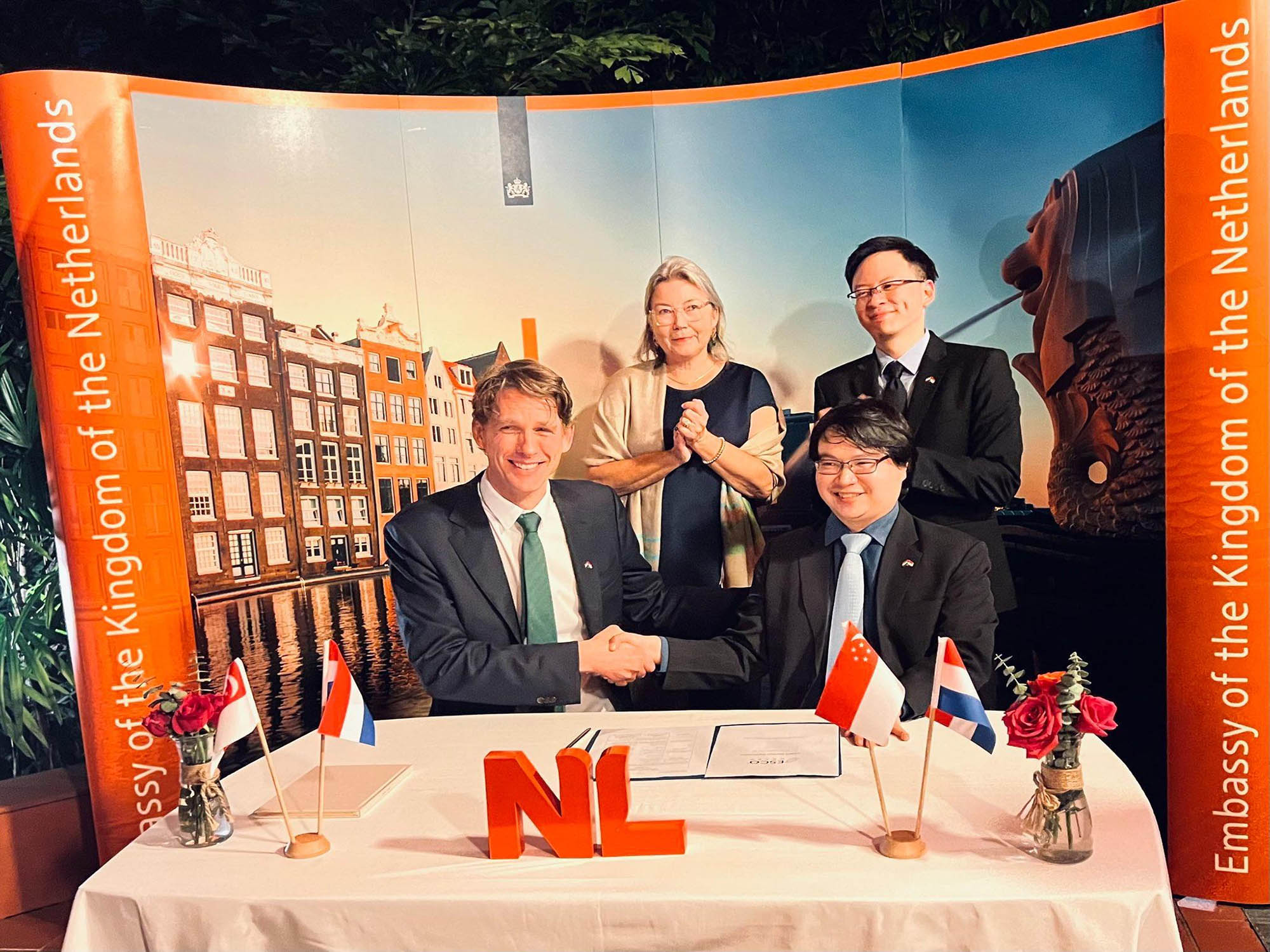 Mosa Meat, a leader in the cultivated meat sector that grows beef directly from animal cells, has announced an agreement with Singapore-based cultivated meat manufacturer Esco Aster, which will help to bring Mosa Meat’s cultivated beef to market. The formal signing ceremony between Mosa Meat CEO, Maarten Bosch, and Esco Aster CEO, XL Lin, was facilitated by the Dutch embassy in Singapore and witnessed by Dutch Ambassador Anneka Adema and Samuel Chan, the Head of Agrifood for the Singapore Economic Development Board.

”We will now be able to produce our beef in Asia, as well as in Europe at our recently announced 77,000ft2 facility, the world’s largest cultivated meat campus to date,” said Mosa Meat CEO, Maarten Bosch. “The capability to produce our beef on two continents will also reduce the carbon footprint associated with shipping meat across the globe. Our partnership with Esco Aster marks another step forward in Mosa Meat’s global expansion and is a proud moment for the entire Mosa Meat team.”

Mosa Meat grows beef by taking a sesame-seed sized sample of cells and nurturing them to naturally grow into beef. The company can make 80,000 hamburgers from a single cell sample – all without harming a single cow.

Mosa Meat is part of a growing global movement to transform the way meat is produced, a necessity given that global meat consumption is projected to grow more than 40% by 2050. Beef is the protein with the highest carbon footprint, and Mosa Meat’s plans to offer consumers cultivated meat will give consumers the beef they crave – without harm to the environment.

Mosa Meat continues to grow from strength-to-strength, with recent milestones that include 160 employees from 32 countries, with more than 80 scientists and the largest number of PhDs in the industry; the production team has grown five-fold in the past three months; recent expansion of its production facilities in Maastricht to 77,000ft (7,340m2) and an expanded footprint at existing locations, including Mosa Meat operations at Brightlands and the current pilot facility in Maastricht, where R&D capacity continues to grow. Together, this brings Mosa Meat one step closer toward commercialization.

The Netherlands’ government also recently announced the allocation of a €60 million grant from the National Growth Fund, the world’s largest ever national government grant for cellular agriculture. As founding members of the Cellular Agriculture Netherlands Foundation, and with deep roots in Europe, Mosa Meat remains committed to seeking regulatory clearance in the European Union and abroad.