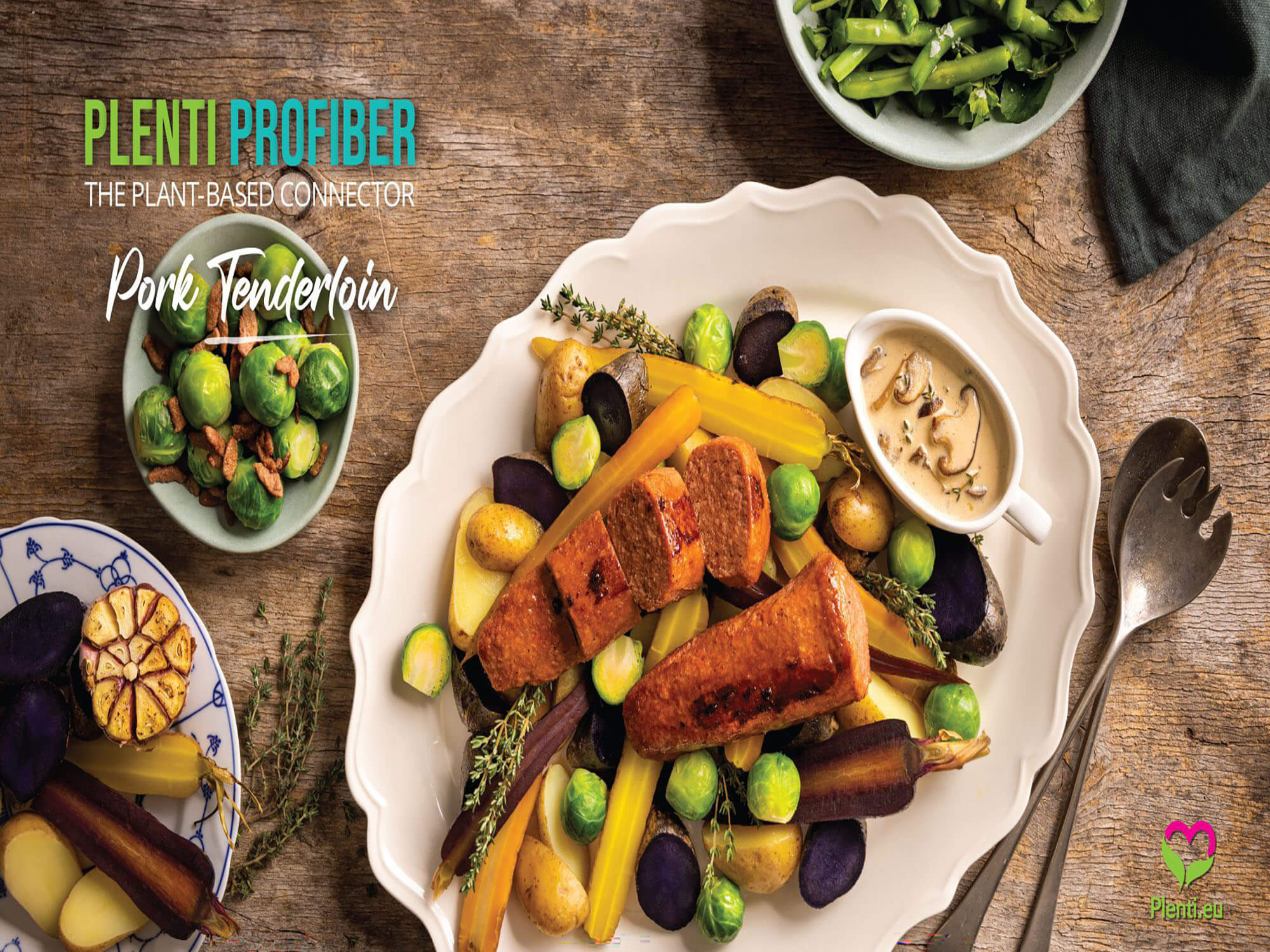 “In the past three years, Ojah has been expanding its plant-based ingredients and product assortment,” revealed Sander Meeuws, Product Developer at Ojah. “We have focused on developing new products of the well-known Plenti soya structure. This has resulted in a series of new products, of which the 100% plant-based pork tenderloin has taken an absolute lead! Its fine structure, juicy, and balanced taste make for a spectacular launch in the plant-based market. This product feels, smells and bakes comparable to the meat variety.”

This soy protein-based fiber has been manufactured using Ojah’s ‘High Moisture Extrusion’ (HME) process. Here, the plant-based protein is mixed with water. It is then kneaded and sheared into fibers to achieve the final product. The gluten-free protein fibers are well known for their non-homogenized structure and binding properties of plant-based raw materials. It also allows food developers from all food sectors to create high-quality fish and meat substitutes.

“Plenti ProFiber makes for a fine ‘meaty’ fiber and creates depth and character in the finished product,” according to Meeuws. “This is a major difference from the dull and spongy character of the regular Textured Vegetable Protein (TVP). With the help of these raw materials, product developers choose quality and a unique innovative signature.” Meeuws added that Plenti ProFiber is the ideal solution when texture, form and exact weight are key.

Ojah was established as a start-up in 2009 and its original HME-ingredient, Plenti, was one of the first of such ingredients to arrive on the market and is well regarded as a high-quality ‘chicken’ alternative.