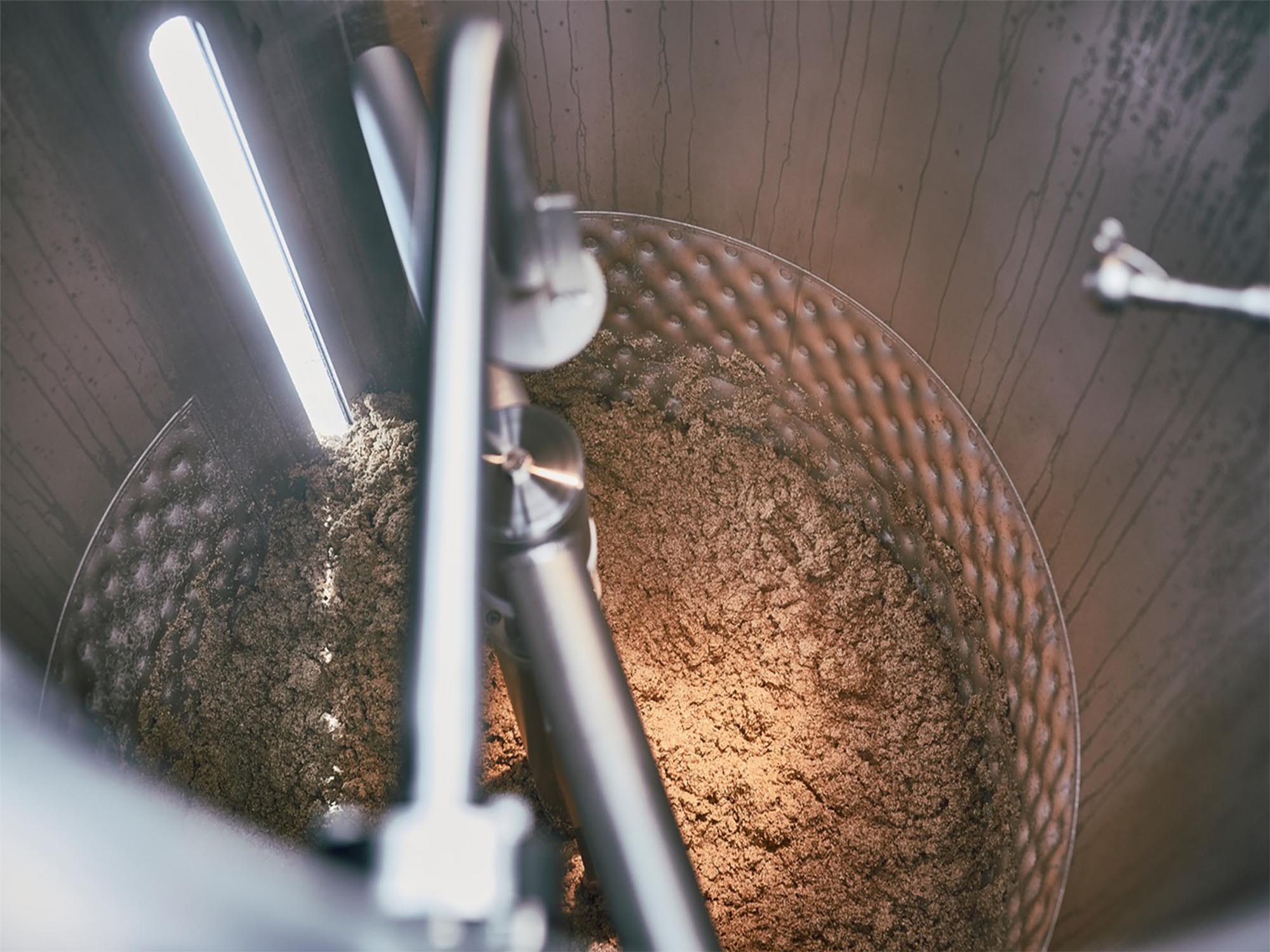 Putting residual materials from the brewing process to good use

For most breweries, the residual materials from the brewing process are nowadays more of a bothersome disposal problem even though it has actually been possible to recycle this biomass for some time now. It also makes perfect sense to do so, because using it for energy recovery in a biogas plant, in particular, can substantially reduce a brewery’s dependence on fossil fuels. But the brewery would then have to invest in a biogas plant and a combined heat and power system or a boiler system, which in the past was not a lucrative proposition in view of the very low energy costs worldwide.

Back in 2017, Steinecker developed the Brewnomic modular kit system aimed at helping breweries to become energy self-sufficient and carbon neutral. This reduces the amount of thermal energy and electricity required in the brewing process enough to render a brewery self-sufficient through the recovery of its residual materials. But even in 2017 it was obvious that any investment in this form of energy provision would need a very long time to pay for itself.

The poor recyclability of the residual materials (the spent grains, in particular) required a long dwell time for the biomass in the reactor of the biogas plant. Around 25-30 days of fermentation were needed to obtain a sufficiently high methane yield, which had a direct effect on the plant’s size and thus on the costs incurred. What is more, the Circular Economy Action Plan adopted by the EU in 2020 stipulated that nutrient-rich residual materials were no longer to be used for energy production alone. So in the medium term the biogas plant plus combined heat and power system would no longer have qualified for approval because the residual materials from the brewing process contain a lot of nutrient-rich substances like carbohydrates or proteins.

So a new way to achieve this target had to be found, and Steinecker managed to come up with exactly the right solution: the Phoenix BMC biomass conversion system.

It is not only the residual materials’ poor recyclability that is responsible for the long fermentation time, but also the presence of inhibitors. To solve this problem, these substances (protein and ammonium) have to be separated from the biomass prior to methane production. In this process, a protein hydrolysate and mineral fertiliser are obtained from the brewing residues, thus complying with the stipulations of the EU’s Circular Economy Action Plan while also making substantially smaller, i.e. more affordable, biogas plants possible, since the fermentation time for a biomass without inhibitors is just a few days.

And plant-based proteins, in particular, are now more sought-after than ever. The current trend among many people towards a sustainable, healthy and vegan lifestyle has had considerable effects on the demand for plant-based protein sources. These protein derivatives are required not only to produce milk alternatives like plant-based drinks or vegan food but also to manufacture food supplements.

Mineral fertilizer is likewise highly coveted on the market and constitutes yet another new source of income for the brewery.

Putting residual materials from the brewing process to good use