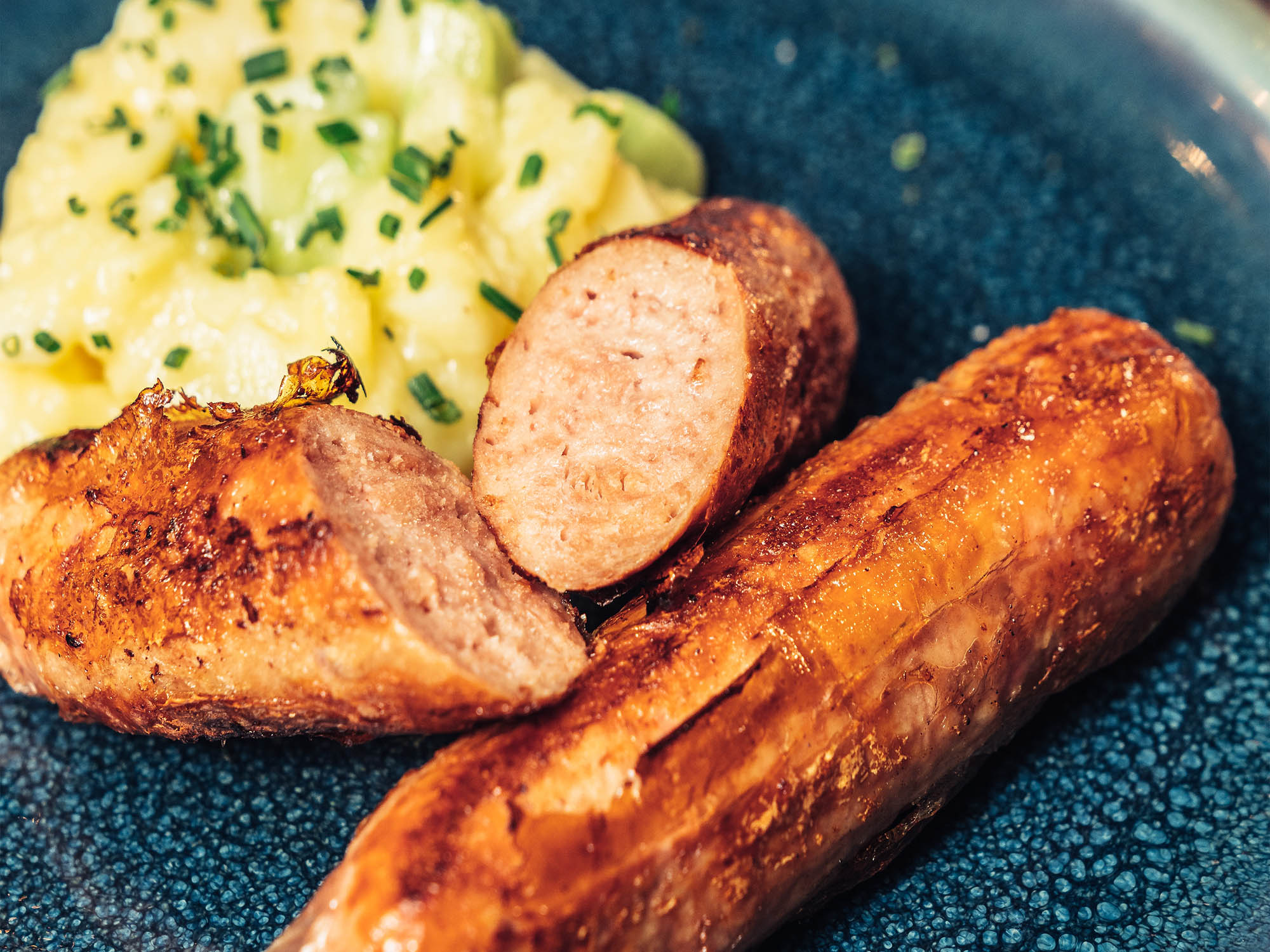 Introducing a whole new range of protein to its product portfolio, New-Meat pioneer Redefine Meat has today announced the launch of its first pork product – the New-Meat Bratwurst. Following the launch of the company’s revolutionary premium cut and minced products – adopted on the menus of world-leading chefs across Europe – Redefine Meat today makes its entry to the European pork market.

Similar to its predecessors in the New-Meat range, the Bratwurst achieves a level of product quality comparable to high-quality animal-based meat, with the same juiciness level, and fatty mouth-feel that defines traditional pork products. The Bratwurst flavor profile has been designed, with chefs and for chefs, to perfectly compliment the European taste palate, particularly suited to the traditional German culinary experience. New-Meat Bratwurst is making its debut at Oktoberfest in Munich (September 17th – October 3rd), where the public are able to taste it for themselves at traditional Bavarian beer house Tegernseer Tal. The product will be commercially available for food service providers in Germany, the UK, and the Netherlands starting November with a plethora of restaurants already signed up.

“We’ve been selling Redefine Meat’s New-Meat burger products for several months now and it’s fair to say that customers love it as much as our chefs do," said Julian Kinner, restaurant manager at Tegernseer Tal – Bräuhaus, one of the early adopters of New-Meat Bratwurst. "The demand for tasty, sustainable plant-based meat alternatives has increased enormously! The Bratwurst delivers the high level of quality we have come to expect from Redefine Meat in terms of taste, texture and preparation, offering our customers a plant-based alternative to one of the nation’s favourite meat products that doesn’t compromise on the eating experience. For our chefs, the versatility of the product allows them to be super creative with the menu. Oktoberfest is the perfect event to introduce the New Meat Bratwurst to the German market and we are confident that our customers will love it!”

“Since our commercial launch last year, the demand for New-Meat has been incredible with legendary restaurants and chefs across Europe and Israel serving our beef and lamb products," added Redefine Meat Co-Founder & CEO, Eshchar Ben-Shitrit. "The versatility of our technology has enabled us to today introduce a whole new type of protein to address the pork market, as we continue to rapidly expand our product portfolio on our path to become the world’s biggest meat company. Redefine Meat’s capability to identify the needs of the market, understand the taste palate and then produce such a diverse range of high-quality plant-based meat products, is already changing the way meat distributors, chefs and consumers think about plant-based meat, and we’re just at the beginning of this transformation.”

Redefine Meat commercially launched its first range of premium plant-based New-Meat products, including premium cuts – the uncracked holy grail of the plant-based industry – and minced meat products, in Germany, the UK, and the Netherlands. By combining a true love of meat with materials science and breakthrough technologies including additive manufacturing, AI and machine learning, Redefine Meat achieved what was previously considered impossible in the high-end culinary world: plant-based products with a level of quality acceptable for high-end chefs.

Adopted by globally recognised chefs, many of whom are Michelin-starred, New-Meat has since become part of restaurant menus across Europe. New-Meat is ideal for meat eaters looking to reduce their consumption of animal meat, or for vegetarians and vegans looking to elevate their plant-based diet with superior products that taste like animal-based meat.