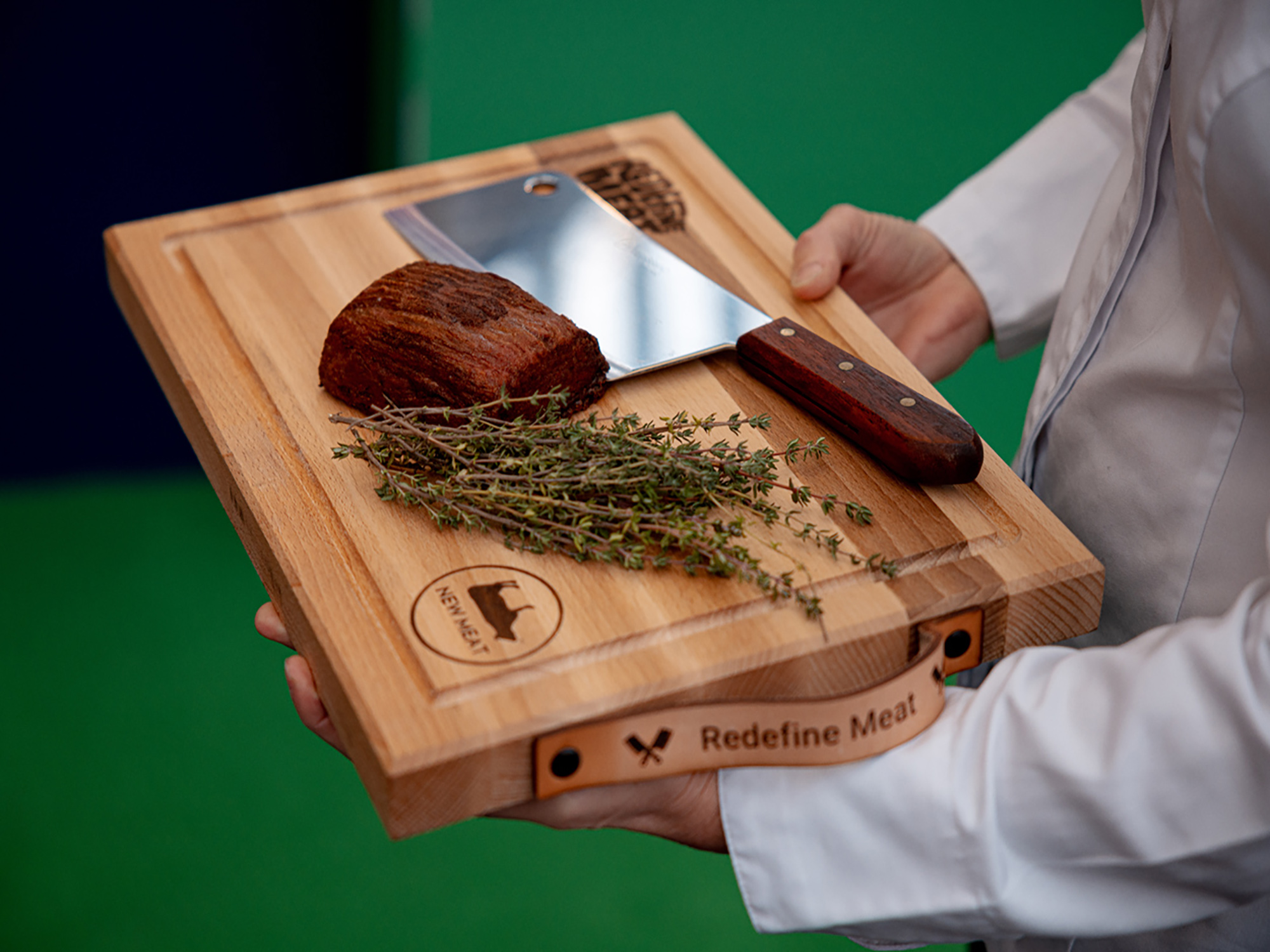 Redefine Meat has been awarded the Horecava Innovation Award at Horecava 2023 in both the Overall and the Food & Beverage Categories for its breakthrough Redefine Beef Flank. Horecava, the gold standard food service exhibition in the Netherlands over the past 65 years, annually celebrates innovation in the Dutch food industry by awarding four revolutionary products. Almost 100 companies applied, with Redefine Meat among the 16 nominees selected for the four categories.

Produced using first-of-its-kind technology based on years of meat learning, research and development, the Redefine Beef Flank goes beyond any plant-based product to date by recreating the juicy, yet firm meaty bite of an animal-based flank cut. Ideal for dishes like steaks and roasts, the Redefine Beef Flank cleverly recreates the fibrous texture of cow’s muscle using blood, muscle and fat created using 100% plant-based ingredients.

“We’re honored to win such prestigious awards from the Dutch food service exhibition, Horecava," explained Rene van den Cruijsem, Country Director Benelux, Redefine Meat. "With our proprietary additive manufacturing technology, our mission has been clear: create New-Meat made from plants that delivers the no compromise eating experience expected by meat lovers, while also expanding the plant-based industry beyond today’s minced meat-based products to premium cuts of meat. Our Beef Flank is a prime example of how far we’ve come, delivering a sensory experience adored by meat lovers and endorsed by Michelin-starred chefs across Europe.”

Using a range of proprietary and patented technologies, Redefine Meat’s New-Meat portfolio, which spans minced-based products, premium cuts and most recently pulled meat, is made entirely from plant-based ingredients. Working closely with leading chefs, butchers and meat-experts, the company cracked the 'Holy Grail' of the plant-based meat industry – premium, highest quality, whole cuts. In just one year since commercial launch, New-Meat is today being served in over 1,000 food service locations across Europe and Israel, with over 200 in the Netherlands alone. These include chains and restaurants such as the Loetje steakhouses, Ron Gastrobar, Graphite Amsterdam, Holland Casino, Eden, The Harbour Club and NENI, most who had never served alternative meat previously.