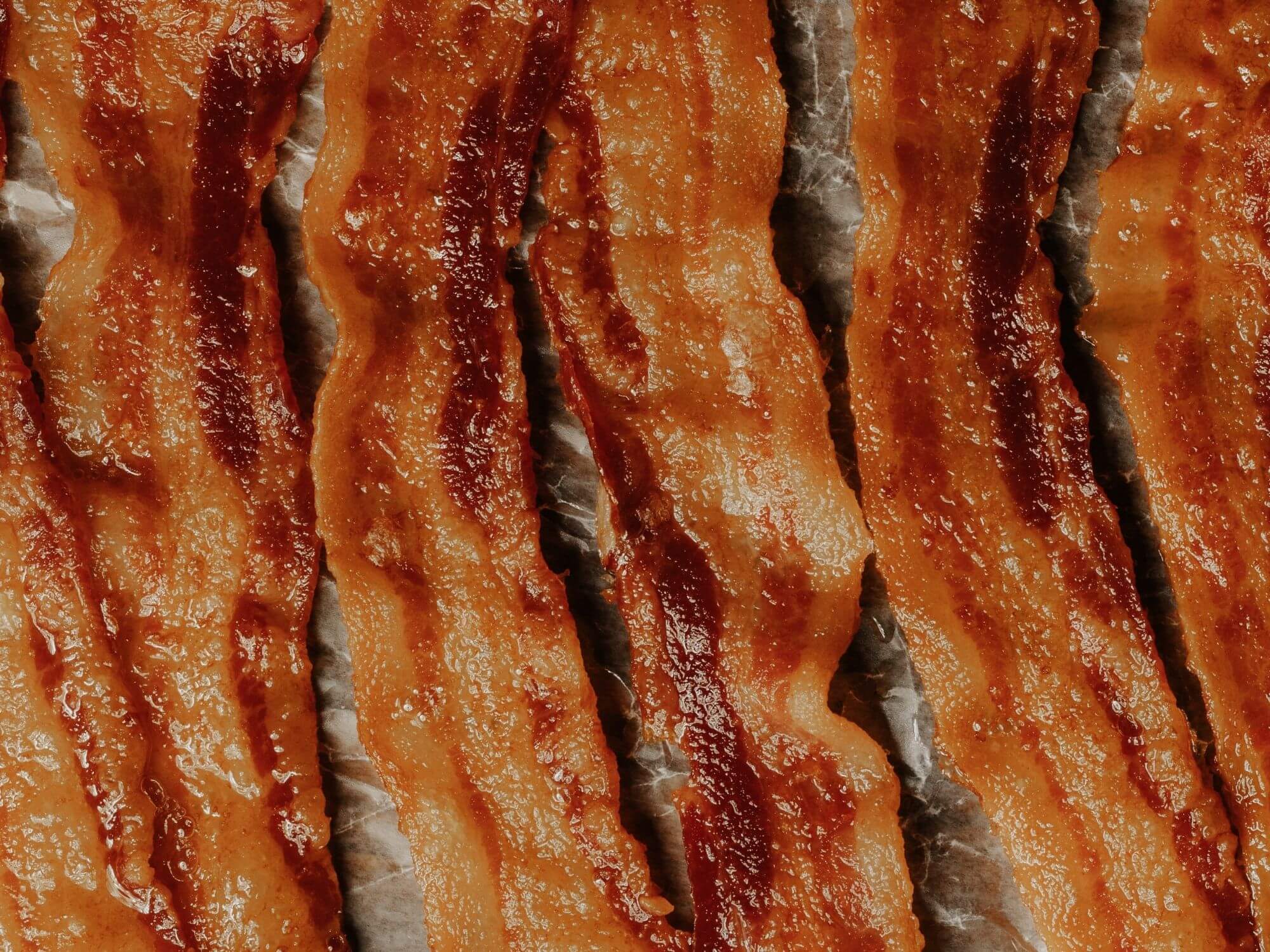 There’s  no denying the appeal of bacon. The pork product represents a  heart-stopping 99% of the total bacon market. In 2020, sales of the  breakfast staple totaled $6 billion through November, up 20% from the same time period a year earlier.

But plant-based bacon is carving out space in the frying pan. Sales are up  25%—almost double that of meat-based bacon for the 52-week period ending  April 18, according to data from Spins, which reports retailer data for  natural and organic products. Nielsen, which aggregates data from  conventional grocers, reported that the entire category of bacon  alternatives almost doubled in 2020, to $267 million, compared to 2019.

One  reason for the surge is that more alternative options are available as  a new breed of bacon makers taps into popular ingredients to create the  faux-pig products. They’re edging into a market that has been dominated  for decades by such products as Lightlife’s Smart Bacon and  Morningstar’s Veggie Bacon Strips, which have yet to deliver on metrics  such as flavor, texture, and satiety.

The next generation of producers is employing innovative ingredients, processes, or both. The San Francisco startup Hooray Foods knits  together coconut oil, rice flour, and tapioca starch through a  patent-pending manufacturing process that encapsulates the fat droplets  and lets the product cook more like the real thing. Prime Roots,  which started in 2017 and came out of UC Berkeley’s Alternative Meat  Lab, makes bacon out of koji that’s grown in large fermentation  tanks. The koji, a fungus, is formed into slabs and smoked, then wrapped  in colorful packaging. Trophic,  another Berkeley-based alternative protein startup, is rapidly  prototyping a bacon made from protein extracted from red seaweed.

The highest-profile addition is MyEats bacon from Albany, N.Y.-based Atlast Food Co.,  which is made from mycelium, the underground root structure of  mushrooms. Grown indoors in 100-foot-long raised beds, the mycelium  is cut into blocks that are then seasoned with liquid smoke and cut into  strips.

The  startup recently raised $40 million in Series B funding from well-known  agriculture investors Gary Hirshberg, of Stonyfield Farm, and Stephen  McDonnell, of Applegate Farms. Actor Robert Downey Jr., who helped fund  the eco-minded Footprint Coalition, invested, too. On July 13, Atlast  was announced as a semifinalist in the $15 million Xprize Feed the Next Billion, a four-year competition that recognizes the most promising alternative proteins.

Reasons for the groundswell in fake bacon include the May cyberhack that shut down an estimated one-fifth of America’s beef capacity. “Consumers  have really reached for these products. A lot of that was due to the  bad press around meat processing facilities,” says Jeff Crumpton, Spins  manager of retail reporting. “Plant-based was ideally suited to step  into that.”

A  further reason is price parity, as vegan products become almost as  affordable as their animal analogues. The rise in flexitarian diets has  driven the movement, too. “Folks are leaning into cruelty-free,  pasture-raised, sustainable, and animal-welfare styles,” says Crumpton.

There’s  also the steadily improving flavor of the new breed of bacon. Prime  Roots continues to evolve its koji-based bacon, available in hickory,  sriracha, maple and cracked pepper. “We’re collaborating with local  chefs, and getting our protein in front of tastemakers,” says co-founder  Kimberlie Le, whose product is sold on the website. When I sampled  Prime Roots in September 2020 for my book, Technically Food: Inside Silicon Valley’s Mission to Change What We Eat, it was barely palatable. When I tried it again six months later, I noted an improved chewy texture and smoky flavor.

MyEats  bacon is a spinoff of the mycelium-based packaging company Ecovative  Design. It’s currently available only at Honest Weight, a small food  co-op in Albany, N.Y. The product has shroomy notes that are hard to  ignore, but it looks and cooks the most like bacon.

Only  Hooray Foods is available nationwide, at Whole Foods, as well as at  Mollie Stone’s in the San Francisco area plus other regional markets.  Since its November 2020 launch, sales of Hooray’s bacon have doubled and  are close to six figures.

Still,  plant-based bacon isn’t yet good enough to convert meat eaters. Le of  Prime Roots has a long list of areas to work on: “We fundamentally look  for better flavor, better cooking experience, texture, and taste,” she  says. Sri Artham, founder of Hooray, thinks the appearance and handling  of his bacon is pretty good. “But the flavor misses a pork or hammy  note.”

Noticeably  absent from the shelves are the category’s biggest players. Pat Brown,  founder of Impossible Foods Inc., announced a year and a half ago at the  Consumer Electronic Show that his team was “playing around” with bacon  but wouldn’t launch until “the most hardcore bacon worshiper thinks it’s  awesomely delicious.”

That won’t happen soon. “While we’re releasing several new products this year [including chicken nuggets], bacon is not on the immediate road map,” says an Impossible spokesperson.

Meanwhile,  Atlast is already looking beyond bacon. It plans to sell its  mycelium-based protein “whole cut” products to other food brands that  can create, for example, a faux fried chicken patty with a meat-like  grain. (Whole cut, which refers to such products as steak and chicken  breasts, makes up 80% of sales in the meat sector.)

Beyond  Meat Inc. confirms that whole muscle structure on beef, poultry, and  pork platforms “is the holy grail of plant-based meat—things like  plant-based steak, bacon, and raw chicken breast.” A spokesperson for  the company says: “We are working on many of these items as we speak.”  Any item you currently see in the meat case is “a potential innovation  target, including highly anticipated innovation moonshots like Beyond  Bacon.” The company gave no indication as to when it might start selling  it.