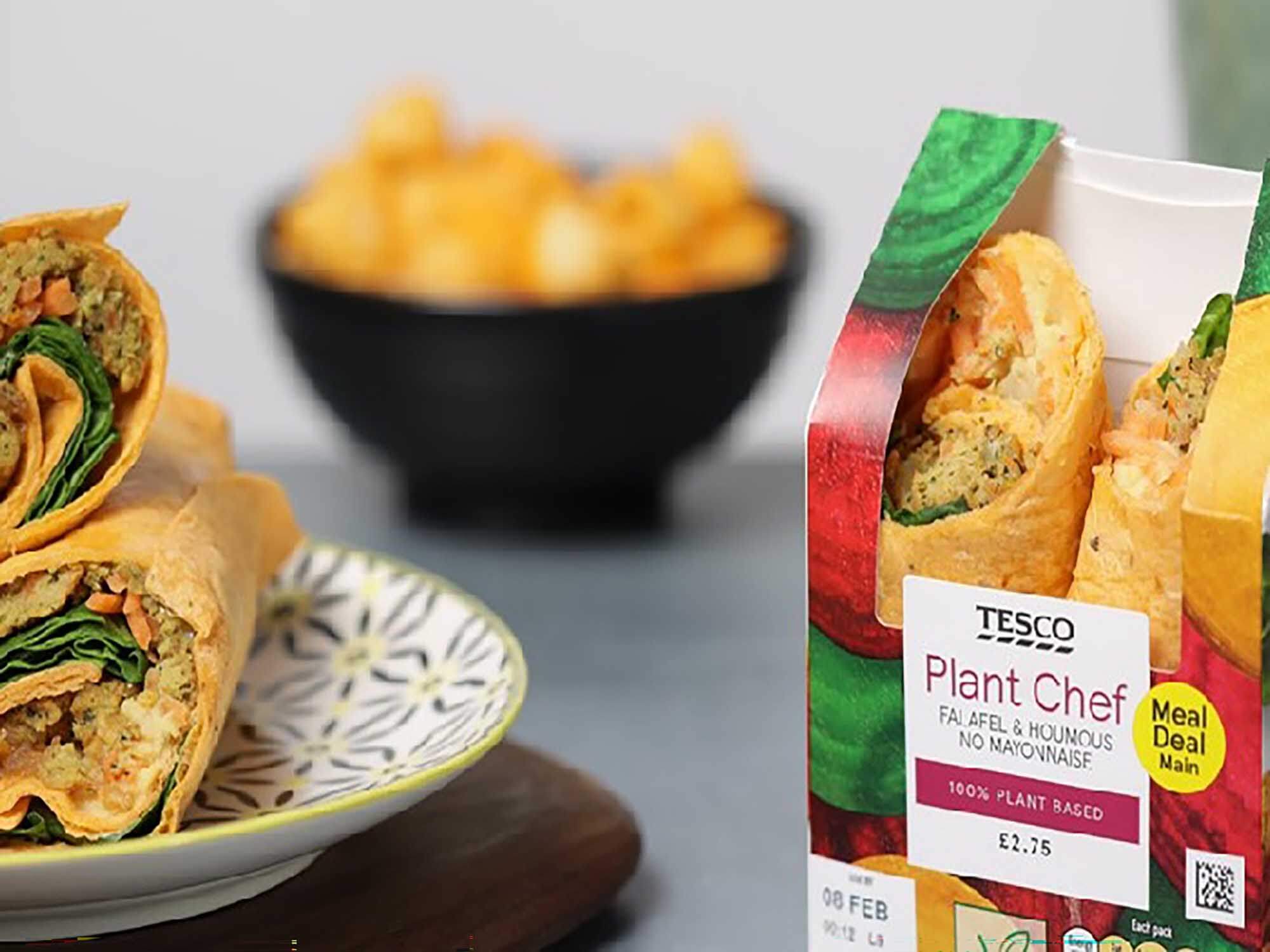 Food service and food retail greatly influence how we shop and what we eat and holding them to account is key to shifting the dial to get us all eating better.

Using the sandwich sector as a proxy, the Eating Better Alliance has tracked and benchmarked retailer commitment to sustainable eating by examining changes in their sandwich offerings. Its new report Sandwiches Unwrapped 2022 looks at changes in vegetarian and plant-based sandwich ranges against meat-based ones.

The investigation found that since Eating Better's last Sandwich Survey in 2019, the sandwich aisle is still too meaty and plant-based offers too pricey.

Among the key findings, 84% of sandwiches contained meat, fish or cheese, a drop of only 1% on our last sandwich survey three years ago. Meat is also the main ingredient in 59% of the samples surveyed. Of those, 38% contained red or processed meat and 28% contained chicken. Additionally, more than 50% of sandwiches, with high salt or high fat levels, contained meat.

On average, plant-based options are the most expensive sandwich type, making the most sustainable option less accessible, and particularly so in a cost of living crisis. Sainsbury’s plant-based offer, meanwhile, is 15% more expensive than its meat offer.

“Three years on from our last sandwich survey, and with yet more evidence from climate scientists on the need to reduce our meat consumption, it’s deeply disappointing that the sandwich aisle is still too meaty and that plant-based is too pricey," said Simon Billing, Executive Director at Eating Better. “Companies make commitments to tackle climate change and promote healthy eating, but our survey shows they’re still not doing enough to support affordable, sustainable diets. And even though there’s been a big leap in alternative protein fillings, it’s been at the expense of dropping veggie sandwiches. Our poll shows they’re still a popular choice.

“If we’re to stand any chance of tackling the climate, nature and health crisis we need to be eating a lot less meat and dairy and a lot more affordable and nutritious plant-based foods," Billing continued. "A better balance would be meat fillings making up no more than 50% of all sandwich ranges.”

“Eating Better’s sandwich survey highlights the need for reformulation of convenience foods to contain less meat and more veg to improve outcomes for our health and the environment," added Anna Taylor OBE, Executive Director at Food Foundation. "The lack of affordability of plant-based options is a serious barrier to people transitioning to healthier and more sustainable diets. If people are going to reduce their meat consumption, alternative options need to be the most convenient and affordable for everyone.”

Despite the Government’s reluctance to tell people to eat less meat and dairy in the recently published Food Strategy, Eating Better's poll reveals that more than 60% of people are willing to cut back, citing cost and health as the main drivers to change. The analysis also highlights that people need more support to eat better, which goes against the Government's emphasis on 'individual responsibility' when it comes to diets.