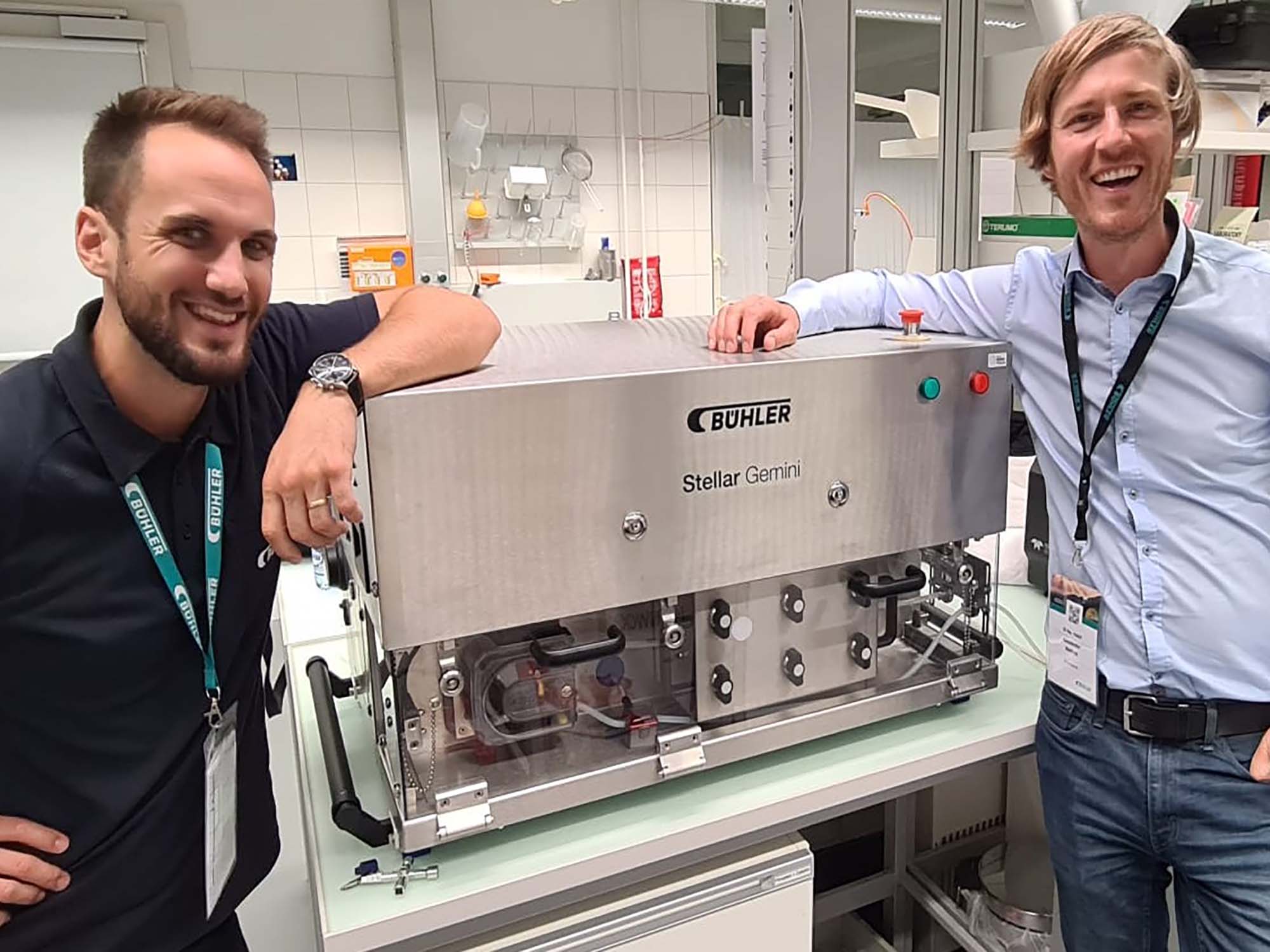 Singapore-ETH Centre (SEC) and Swiss Bühler Group have announced the deployment of Bühler’s Stellar Gemini system at SEC’s Urban Microalgae Protein project laboratory in Singapore. The Stellar technology, a world-first developed by Bühler, is based on nanosecond pulsed electric fields. It will be used to increase the efficiency of microalgae processing. With its installation, the Urban Microalgae Protein project reaches a new milestone.

This three-year project is based in Singapore, and is supported by the National Research Foundation Singapore (NRF) under its Campus for Research Excellence and Technological Enterprise (CREATE) program.

“The Stellar technology will enable us to deliver industry relevant results to improve the eco-efficiency and productivity of microalgae supply chains by establishing a pulsed electric field (PEF)-based biorefinery as part of the Urban Microalgae Protein project,” commented Dr Iris Haberkorn, Project Lead and Senior Scientist at SEC.

The Stellar technology uses nanosecond pulsed electric field processing to grow single-cell cultures, like microalgae, at a faster rate without biologically altering them. Stellar Gemini is the name of the device that enables the application of these pulses.

Advantages of the Stellar technology time, with increased process efficiency by up to 30%, by either increasing the capacity of the installed base or reducing resource requirements. It is also flexible, with the capability to process different organisms/strains from lab to an industrially relevant pilot scale. And of course it's natural: A natural physical process in addition to or as an alternative to feedstock optimization.

“Nanosecond pulsed electric field processing can have a tremendous impact on the bio-based domain and the alternative protein sector focusing on single-cell-based value chains," continued Haberkorn. "Our research delivers the fundamentals to further leverage the technology. This is a step forward towards securing the supply of food and establishing resilient, sustainable agri-food systems.”

The deployment of the Stellar technology system is a result of the strong longstanding collaboration between the Bühler Group and ETH Zurich, which supports the SEC Microalgae project with know-how, experience, and expertise.

“Not only is the Stellar technology an outstanding example of technology transfer from academia into industry, it is also a great success story,” revealed Professor Alexander Mathys, Lead Principal Investigator of the Urban Microalgae Protein project. “We are proud that the scientific fundamentals developed at the ETH Zurich Sustainable Food Processing Laboratory led to the development of a first industrial prototype system within only two years through the tremendous effort of a great team at Bühler, enabling us to deliver industry-relevant results in the project.”

The project itself aims to enhance Singapore’s food security by establishing resilient, sustainable and cost-effective agri-food systems using microalgae-based food products. In Singapore, the ambitious ‘30 by 30’ target calls for an increase in capability and capacity to grow 30 per cent of total food needs locally and sustainably by 2030. Given the constraints of its urban environment, meeting this goal through traditional agri-food production methods will be challenging. As single cell production systems such as microalgae require little arable land, they could play a major role in achieving this goal. The Stellar Gemini system is a strategic element in achieving this ambition as it improves microalgae cultivation and thus can enable microalgae to become a viable source of macro- and micronutrients in future.