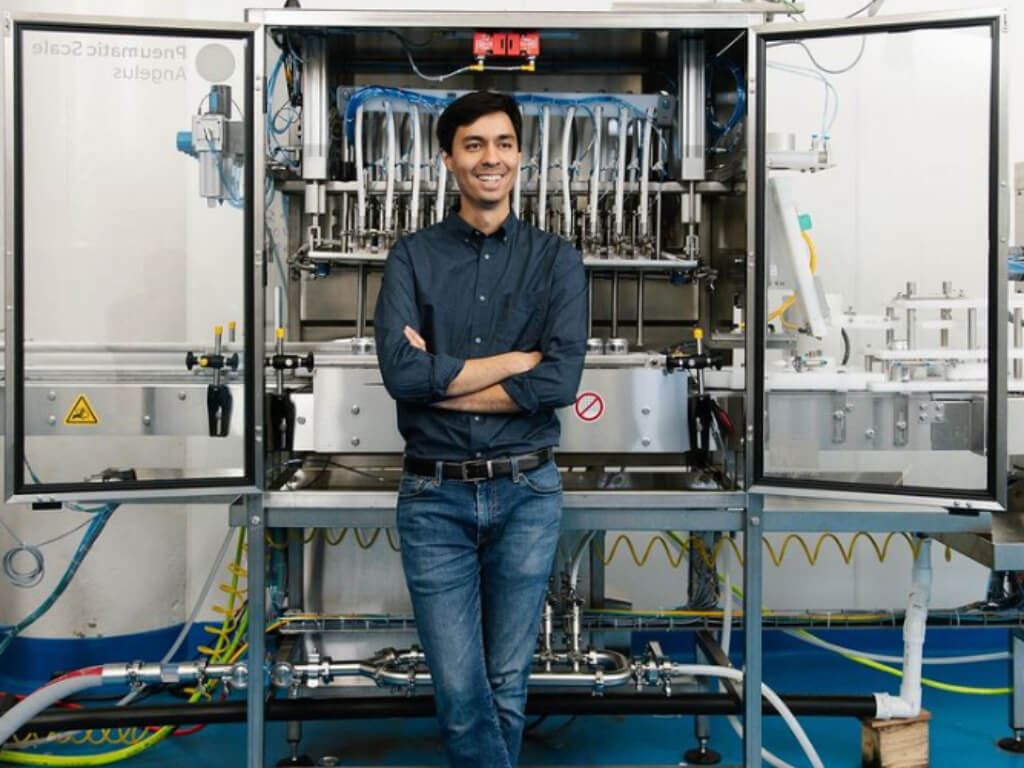 San Francisco’s Endless West has closed a Series C funding round to the tune of $60 million, co-led by Level One Fund and UBS O’Connor. The food tech startup made waves in the F&B market with its release of a “molecular whisky” back in 2018. New funding has been earmarked for relationship building with fellow spirits manufacturers of all sizes and formats.

San Francisco’s Endless West plans to leverage its technology to offer a new way to produce spirits at reduced costs and with less impact to the environment. Key to the company’s plans to collaborate with other brands is an increase in in-house production capacity. Funding raised in the Series C will allow for up to 20x more capability.

In 2018, Endless West unveiled Glyph, its molecular whisky that tasted like an aged spirit but was produced in a fraction of the time. The product won a number of awards, representing new possibilities for the alcohol sector. Figures released by the company claim that it required 94 percent less water and 92 percent less land to manufacture than traditional whisky. Sake and a white wine were both produced, but portfolio expansion is not a primary concern.

Initially, Endless West intended to create a database of biological blueprints that would allow any spirit to be recreated. As an offshoot, own-brand development would be possible. This has shifted to becoming a B2B platform that works for other brands, dubbed ‘Blank Collective’.

“The original inspiration was very much being able to archive and share famous vintages of wine and spirits,” co-founder Alec Lee told Forbes. “Our hope and our belief is that ultimately what matters isn’t how much we control the brands themselves but how many they will utilize this approach and reap the advantages from the accessibility, quality and sustainability.”

Blank Collective will offer spirits brands the opportunity to have their products digitally mapped and documented, while identifying ways to streamline production and increase sustainability. As an example, spirits can be aged by being infused with wood molecules, rather than sitting in barrels for years. The company claims the taste experience will be identical all while saving time and resources compared to a traditionally produced spirit.

The sincerest form of flattery?

Endless West has seen criticism levelled at its model. Concerns as to consolidation of spirits distributors were raised, with the assumption that with recipes mapped, everybody could copy each other. The company acknowledges the risk but likens recipe documentation to digital music cataloguing. It is intended to create a lasting record of ownership and origin, as well as taste profiles, which can be recreated sustainably. In the case of rare drinks, this would allow future generations to sample otherwise unavailable beverages. “Digitization initially seems scary but it’s a path for immortalizing these great works of art and that I think to the industry is much more comforting,” Lee said to Forbes.

Return investor Level One Fund agrees. “What makes us excited about the company is that they have this unique technology and production process,” James Stewart, partner at Level One Fund told Forbes. “In foodtech, there are so many players focused on the same playbook, what Endless has created is a new process.”

Everything boils down to DNA

Analysing existing foods and drinks down to their core has become a focus in foodtech. Precision fermentation, in particular, is taking off, with funding being allocated to startups looking to make bioidentical products that boast environmental superiority.

Daisy Lab has just revealed a NZ$250,000 investment to help bring its bioidentical animal-free casein to market by the close of 2022. The product will be used to make a new breed of vegan cheeses that retain the tang and stretch of conventional products.

On a similar vein, Formo and Brain Biotech, both hailing from Germany, have joined forces to make animal-free milk proteins available to alternative dairy manufacturers. The pair will be leveraging precision fermentation to engineer milk proteins, without cows. Formo has a range of animal-free cheeses already being developed.