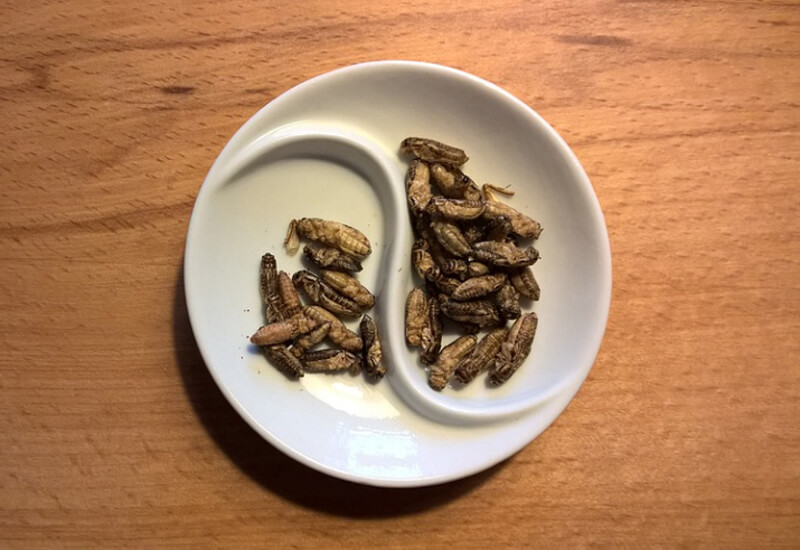 A survey into public perceptions of emerging alternative proteins has revealed that a third of UK consumers would try cultured meat, and a quarter would try edible insects.

The study by the Food Standards Agency also found that six in 10 people are willing to try plant-based products, many of which are already on the market.

The FSA said its research also highlights how important food safety is to consumers with it being the top factor in encouraging people to try lab-grown meat or edible insects.

Assurance around food safety is already the main reason people are willing to eat plant-based proteins.

Alternative, or novel, sources of protein for human consumption are an emerging food and are mainly associated with plant proteins, insects and microorganisms.

The report found that awareness of alternative proteins is high amongst consumers, with 90% of respondents reporting that they had heard of plant-based proteins, 80% had heard of edible insects and 78% had heard of lab grown meat.

Over three quarters (77%) of respondents perceived plant-based proteins as being safe to eat compared to half (50%) for edible insects and 3 in 10 (30%) for lab grown meat.

Six in 10 respondents were willing to try plant-based proteins in their diet, the most common reasons were because they thought it was safe to eat (44%) and for health reasons (39%) or environmental or sustainability (36%) reasons.

The biggest barrier to trying plant-based proteins was preference for traditional meats (36%).

Respondents who were unwilling to try any of the alternative proteins tested were asked whether anything could encourage them to try it. Two in five (42%) reported that nothing could encourage them to try lab grown meat, but over a quarter (27%) could be persuaded if they knew it was safe to eat and 23% if they could trust that it was properly regulated.

The majority (67%) reported that nothing could make them try edible insects. One in eight (13%) could be persuaded if they knew it was safe to eat and 11% if they looked appetising.

The FSA said it will be looking to bring together key industry stakeholders later this year to consider how businesses can be supported in entering this market and guide them through the FSA’s existing regulatory framework and risk analysis process for the introduction of new food products.

Professor Robin May, chief scientific adviser at the FSA, said: “Our priority is to protect consumer interests by ensuring food is safe and what it says it is through a robust scientific process. We recognise the potential of alternative proteins for improving dietary health and as part of a sustainable food system.

“This important survey highlights that, while many consumers are considering trying alternative proteins, they will quite rightly only do so if they are confident that these products are safe and properly regulated.

“Consequently, we are working closely with businesses and trade bodies to ensure they make effective use of the FSA’s existing regulatory framework so that consumers can benefit from innovative food products whilst still having full confidence in their safety.”