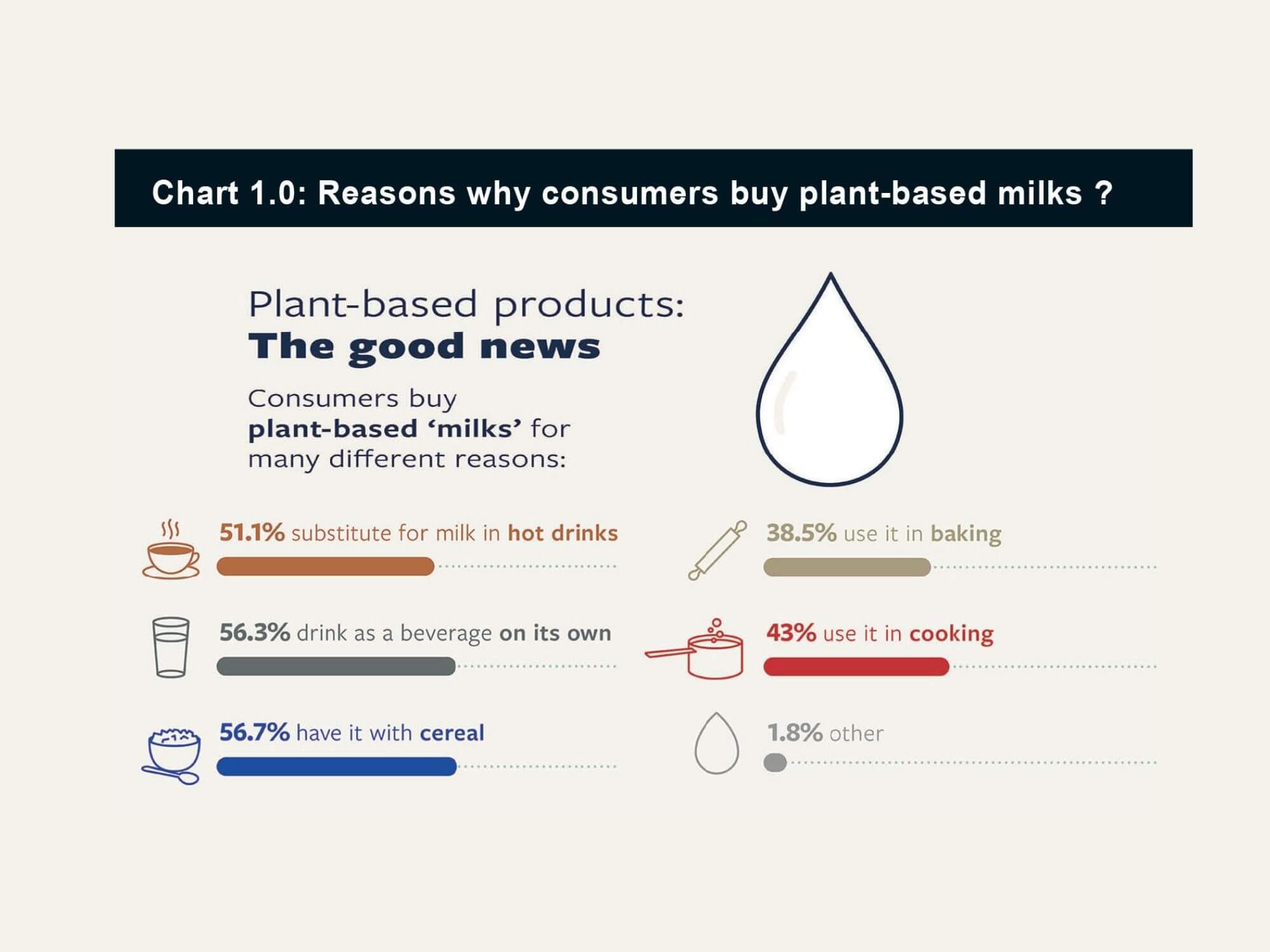 Global consumer demand for plant-based products has increased since the onset of COVID-19, according to latest research findings from a major survey done by Palsgaard.

The research showed consumers are generally happy with existing plant-based products, but there are areas where they would like to see improvements, such as less sedimentation in plant-based ‘milks’; products with a longer shelf-life; and enhanced texture (32%) and creaminess (29%).

The survey also found the main reasons why the respondents bought plant-based milk with 51.1% saying that it is used as a substitute for milk in hot drinks while 43% use it in cooking and 38.5% in baking. Slightly more than half (56.3%) drink it as a beverage on its own.

In addition, ‘Concern for the Environment’ is the 3rd most popular reason for buying plant-based products with nearly half (47.4%) of younger respondents (18-24 year old) prefer products with ingredients that are produced sustainably, and 38.3% are willing to pay more for such products.

Meanwhile, nearly 72% of respondents noticed water separation with plant-based yoghurts with higher figure for Vietnam (80.2%) and US (79.5%). This is an area for improvement for plant-based producers.

Chart 1.0 and 2.0 showed some of the other findings in the Palsgaard survey done on 1,307 consumers in 5 major countries spread across the globe.

Get the full story at: https://asiafoodbeverages.com/Data-bank/7472