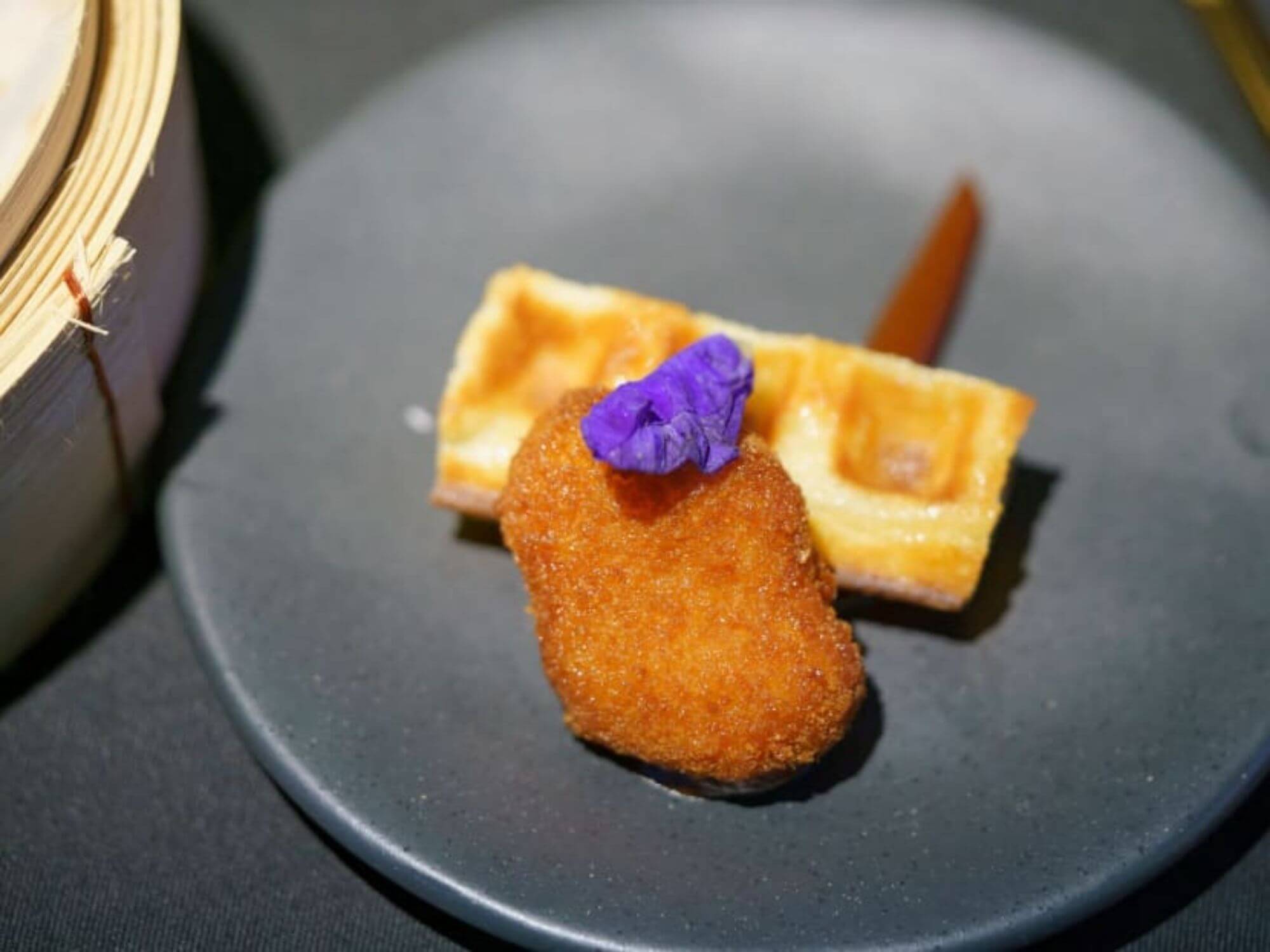 The shift to plant-based dining has been gathering strength over the last decade, but it took a pandemic for the world of fine dining to finally cross the Rubicon. With restaurants closed, chefs had time to take stock, and the enormity of the Covid-19 crisis pushed them to visualise a different future.

The year 2021 will surely be remembered as a watershed. In June, one of the world’s most respected luxury dining establishments, Eleven Madison Park, turned almost entirely plant-based. Chef-owner Daniel Humm, who led the New York City icon to the top spot on The World’s 50 Best Restaurant list in 2017, decided that after the pandemic he could not simply reopen business as usual. He realised, “Not only has the world changed, but that we have changed as well. The current food system is simply not sustainable, in so many ways.”

Taking the stage at this year’s award ceremony — held in Antwerp, Belgium, after a year’s hiatus — Mr Humm said the notion of luxury needs to be redefined.

“We celebrate caviar as a luxury ingredient. But there’s nothing luxurious about caviar any more. It’s the opposite. It’s farm-raised, it’s flown in from far, it’s not rare at all, and it doesn’t taste good like it once did. It’s an old idea we’re holding on to,” he said.

So today, no more caviar on the menu, and no more of his signature duck with daikon and plum. Now it’s cucumber with melon and smoked daikon, and zucchini with lemongrass and marinated tofu, which he created after learning techniques from Zen Buddhist chefs. He does, however, offer honey and milk for the coffee and tea service, and eschews the term “vegan”, saying it can have negative connotations.

A little further back, it was a year ago that another milestone in meat-free dining was reached when Beijing hotspot King’s Joy became the world’s first three-Michelin-starred vegetarian restaurant. The cutting-edge kitchen earned two stars in the guide’s inaugural awards in 2019, adding another, as well as China’s first Michelin Green Star for environmental and sustainable practices, a year later.

In January 2021, the Michelin Guide also gave its first star to a fully vegan restaurant in France — Ona, in Arès near Bordeaux.

Ms Dominique Crenn, who won this year’s Icon Award from The World’s 50 Best Restaurants, went meat- (but not seafood-) free in her San Francisco-based Atelier Crenn in 2018. Now, in a surprise move, she is reintroducing it — with a twist — aiming to be the first chef in the United States (US) to offer lab-grown chicken on her menu.

“I thought, ‘woah!’ at first, but if lab-grown chicken helps to make a better world, then that’s good. And it tastes great,” she says.

Ms Crenn has partnered with Upside Foods, which makes cultivated chicken from a small amount of animal muscle cells grown in a bioreactor.

And it doesn’t end there. She will also consult on recipe development for Upside while, pending regulatory review, serving the cell-based meat at Atelier Crenn.

Singapore was the first country to condone the sale of lab-grown meat, when its national Food Standards Agency approved cultured meat from US start-up Eat Just, branded Good Meat, in December 2020. The lab-grown meat was served in a three-course tasting menu in a salon called 1880, which aimed to stimulate debate on what we eat.

While not everyone is taking as bold a step — or as big a risk — as Humm, other chefs are branching out into vegan or vegetarian territory too. Head chef at Geranium in Copenhagen, Rasmus Kofoed, runs an experimental and entirely plant-based popup, Angelika, within the restaurant, ranked No 2 on The World’s 50 Best Restaurants list.

Mr Andreas Caminada, who owns Schloss Schauenstein in Switzerland, opened a 10-seat vegetarian kitchen in June this year. Oz is located in a historic coach house next the castle that houses his main restaurant.

For Mr Caminada, “just buying vegetables for my own vegetarian restaurant – that wouldn’t be my thing”, so he expanded his existing garden under the guidance of Thomas Moon, a naturopath who worked for several years as a farmer in the mountains before practising permaculture in Austria. Mr Moon modelled the organic garden on a natural ecosystem, with minimal intervention. Using applied homeopathy, he “improved the plants’ immune systems to allow them to grow healthier”. The garden now supports more than 700 different fruits, vegetables and herbs.

“The free reproduction of plants among so-called weeds creates a lot of exciting things that are otherwise rarely found: buds, seeds, flowers, roots. It’s productive enough to provide almost everything for a restaurant,” says Mr Caminada. “It’s a garden unlike any other. Creating it has been the biggest challenge on the way to Oz.”

There are no plans to turn Oz (which translates as “today” in Graubünden canton’s Romansh language) into a fully vegan restaurant as he relishes “having the freedom to celebrate” local products, including its organic mountain cheeses.

Mr Caminada’s culinary activities are not only limited to one canton, however. He also runs a chain of three restaurants across Switzerland called Igniv, with his first overseas outpost since October 2020 at the St. Regis Hotel in Bangkok, where he offers plant-based tasting menus.

Mr Nick Bril, chef-owner at The Jane in Antwerp, is also working on plant-based tasting menus from a purely vegan kitchen that will occupy the mezzanine level of his spectacular space. Despite The Jane being rated 66th in the world (yes, The World’s 50 Best Restaurants now runs to 100 doors) and having two Michelin stars, Mr Bril says his evolution as a “regular protein-based chef” is still ongoing, so he is in conversation with a local plant-based chef about collaborating on this new approach.

“I would want the experience to mirror my main restaurant — a refined seven- or eight-course menu, developed from the same level of knowledge and intellect, and having the same depth of flavour,” he says. “We rely quite a lot on animal products such as dairy or eggs in our Hollandaise sauce for example, to add depth of flavour in our vegetarian menu, so for totally vegan we need to focus on getting a similar umami flavour, but from plants.”

He says the clientele the vegan kitchen attracts may be different from “the typical Michelin-star diner” — he expects they may be “younger, energetic and already embracing plant-based” as a dietary choice.

“We need to change our eating habits, with vegetables switched to the central point of the plate,” he says. “The plant-based movement is here for the long-term, and I want to be open to it.”