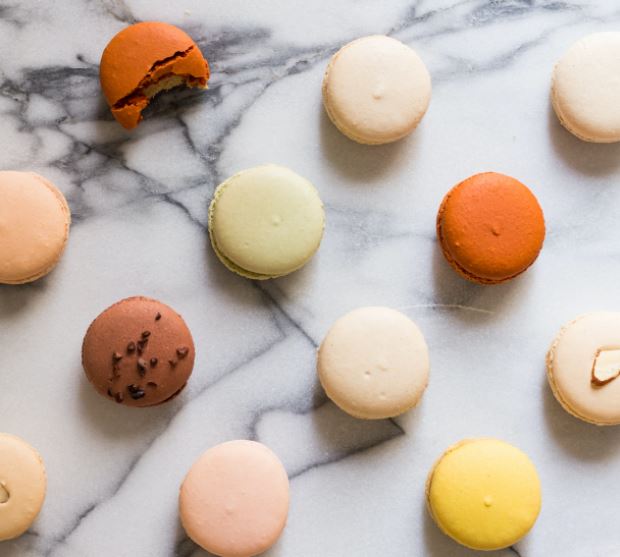 It’s common for musicians to play their most challenging piece to open a concert. Not only is the goal to calm the nerves, but it is also a way to showcase talent and let the audience know what they can expect. Using this model, EVERY Co. figures a great way to let the world know how exceptional its EVERY EggWhite is to have Bay Area’s Chantal Guillon, use it in its signature French macarons.

“From the day we founded the company, we have been asked by customers when will we get our hands on it (egg whites),” Arturo Elizondo, CEO, and founder of EVERY, told The Spoon in a recent interview. “We wanted to launch it in the most iconic application that really is the holy grail of functionality and with a customer that lives or dies by the ingredients.”

Founded initially as Clara Foods in 2014, the company rebranded in 2021 to better illustrate its mission of providing animal-free proteins that can be used in a vast array of applications. Unlike cell-cultivated and plant-based proteins, EVERY uses a 3D model of an egg protein and puts it through a fermentation process to achieve three products that serve different high-value markets. Elizondo says the resulting fermented egg white has the perfect consistency and mouthfeel, an ideal substitute ingredient.

In addition to releasing its EVERY EggWhite, the company has EVERY ClearEgg. This clear, highly soluble protein can be used in beverages and fortifying agents. Elizondo said that his company has been partnering with AB InBev, which is experimenting with using ClearEGG in protein drinks and other drinks. EVERY has a similar relationship with cold-pressed juice and plant-based snacks brand Pressed to use its soluble protein in the juicer’s Pressed Pineapple Greens Protein smoothie.

The third product from EVERY is its EVERY Pepsin, a digestive enzyme that is Kosher, Halal, vegan, and vegetarian. Pepsin is often used in dietary supplements and food processing.

With no background in science, Arturo Elizondo brings an element of cache and evangelism to the company that is the backbone of every conversation. His passion for a global future of food security caused him to leave his job in Washington, D.C., and move to the Bay Area without a job or place to live.

“I didn’t want to just sit on the sidelines, and so once I learned about the impact of animal ag,” Elizondo said. “I felt I had to do something about this. “I was in D.C. and Geneva and realized that if we as a world were going to have a shot at averting this climate crisis, I need to at least try and give it a shot.”

Elizondo met his future partners at a conference in the Bay Area. Seven years later, the company hopes to provide a cruelty-free alternative to egg whites and products that use whites as a primary ingredient. The decision to go after the egg market was deliberate.

“The egg is in everything,” EVERY’s CEO said. “I remember when I first went plant-based and was in a grocery store, reading the label and saw eggs in everything. The egg is universally loved across cultures and in so many foods we eat. We wanted to be the first in the world to use this technology for one of the big multi-hundred million animal protein markets.”

Rather than using its three products to go directly to consumers, EVERY wants to enable third parties such as bakeries, beverage companies, and any industry that uses egg whites. “The technology is only as useful as the impact that it has on products,” Elizondo added. “Our products must work in every application. They have to be able to perform across the board. We want to give eggs a run for their money.”

This takes us back to the iconic French macaron. Beginning today, March 23, the macarons, using EVERY’s EggWhites, will be available in-store at Chantal Guillon’s San Francisco and Palo Alto, Calif. locations and for Bay Area delivery via partners like GrubHub, UberEats, Seamless, and Allset on Wednesday, March 30. It is interesting to note that products using these alternative egg whites won’t be labeled “plant-based” (a standard marketing term) but are vegan as no animal is used in their creation. Elizondo believes that vegans will, for example, welcome baked goods back into their lives that have been missing for years because of their use of animal-based eggs.

“I miss eating the angel food cake we used to eat at Xmas every year. Now I can eat that. There’s something really magical about that. We’re not guilting people into comprising. You can truly have your cake and eat it too.”