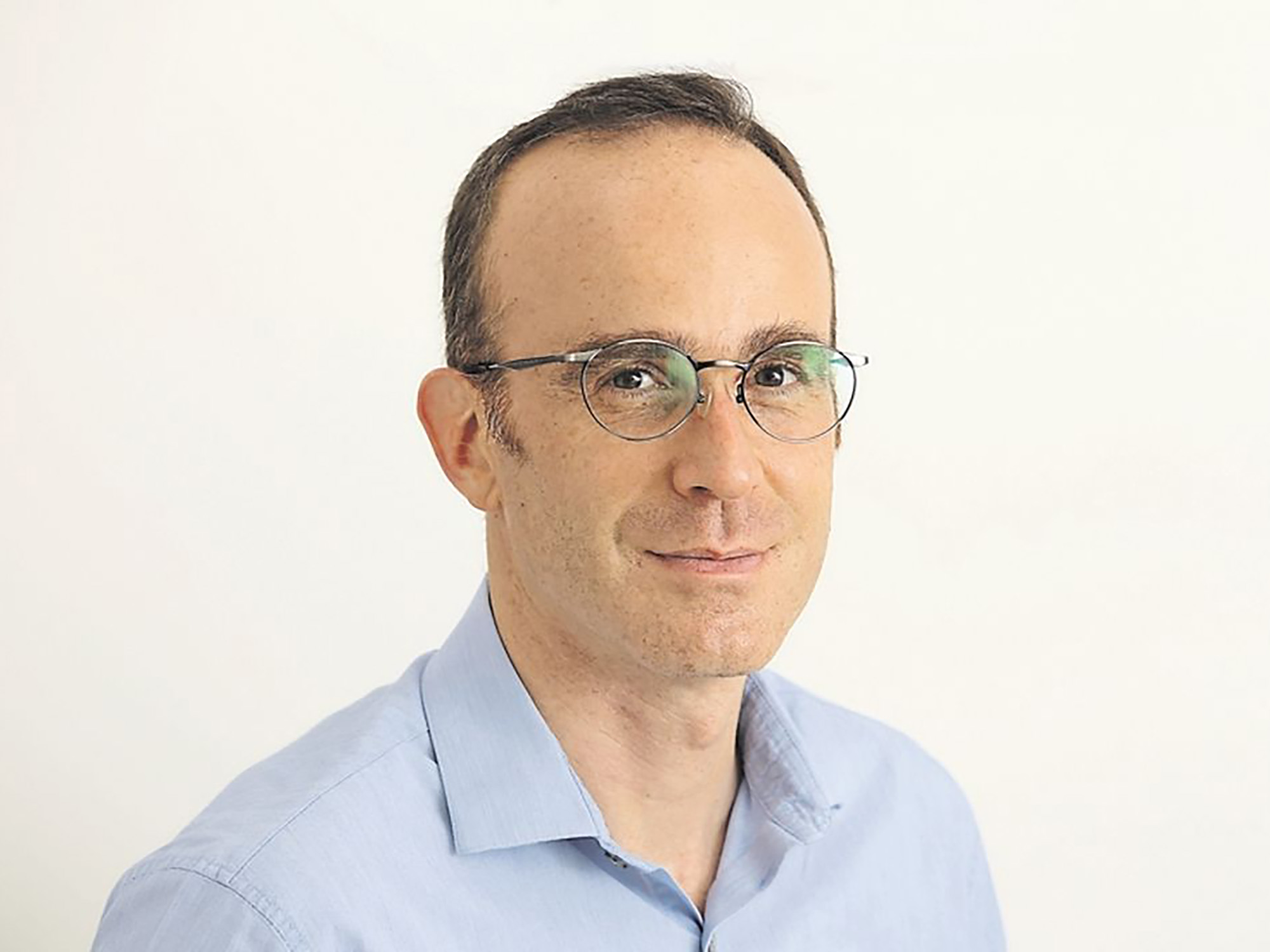 Didier Toubia, the Co-Founder & CEO of cultivated meat pioneer, Aleph Farms, has always been fascinated by food engineering, having studied at the AgroSup Dijon for his Masters in Biology, Biotechnology and Food Engineering. “I wanted to address issues of food security and malnutrition, which means solving structural issues in food systems, so for the past 25 years I have been working to this end. In 2016, I met both The Kitchen Hub and Professor Shulamit Levenberg of the Technion – Israel Institute of Technology. The next year we co-founded Aleph Farms. I am privileged to be helping pioneer cultivated meat – a new animal protein category – to address food security and sustainability issues on a global scale.”

Toubia is one of more than 75 speakers taking part in The Future of Protein Production Summit (21/22/23 February 2023), albeit delegates will have to wait until day three of the world’s leading online forum for scaling up and commercializing alternative proteins in the future food supply chain before they will hear the Aleph Farms chief. He will be part of a fascinating panel, ‘Supply chain collaboration to accelerate commercialization’, which also features Matt Anderson-Baron, Founder & CEO of Future Fields, Nicolas Morin-Forest, CEO of Gourmey and Joanna Lepore, Global Director Foresight & Exploration at McDonald’s.

Our first product is a cultivated thin-cut beef steak. It is made from cells that are isolated from a living cow and not immortalized or genetically modified – which is something that separates us from many of the other companies in the cultivated meat sector

For those who don’t know, Aleph Farms designs and produces quality animal products that are accessible regardless of variables such as climate and availability of local land. “This is to serve our mission of supporting a just and inclusive transition to sustainable and secure food systems,” reveals Toubia. “Right now, we’re focusing on beef and other cow-derived products such as collagen. Our first product is a cultivated thin-cut beef steak,” he reveals. “It is made from cells that are isolated from a living cow and not immortalized or genetically modified – which is something that separates us from many of the other companies in the cultivated meat sector. Our strong foundation of proprietary technologies puts us at the forefront of cellular agriculture.”

Toubia and his colleagues at Aleph Farms take sustainability extremely seriously – and not just in terms of the future foods it is innovating. “In addition to our products – which are designed to lower protein production’s climate impact – our focus on sustainability extends to our operations. Aleph Farms is the only company in the cultivated meat sector to commit to Net Zero Carbon production by 2025 and throughout its entire supply chain by 2030.”

Success in this field is not without its hurdles. A big challenge for cultivated meat as a whole is producing large quantities efficiently enough to become cost-competitive with the wider protein sector – and Aleph Farms is no exception. “We are tackling this from different angles,” Toubia continues. That includes innovation in production, collaboration with supply chain partners, and working with food sector incumbents to scale up production capacities more quickly. These partnerships allow it to leverage the expertise and capabilities of leading food and meat companies, including Cargill (USA), Migros (Switzerland), Mitsubishi Corporation (Japan), BRF (Brazil), Thai Union (Thailand) and CJ CheilJedang (South Korea). “Ultimately, for cultivated meat to make food systems secure and sustainable, it needs to make financial sense,” Toubia says.

Such collaborations – and collaboration generally – are vital for the alt proteins sector. “Our ecosystem is complex, so collaboration is extremely important not only in alternative proteins, but also in the greater food space,” Toubia maintains. “Current food systems are unsustainable and susceptible to shocks such as war, climate change, and pandemics. Lack of diversity in production methods hurts producers’ capability to keep prices stable. I believe that what is needed is a just transition in agriculture as a whole – one that creates a more resilient and sustainable global food system and does so in a way that provides real opportunity for more people.”

In alternative proteins, specifically, collaboration can also help with price parity and cost scaling issues. For example, Aleph Farms is working in a partnership with German biotech company, Wacker, to create an alternative to fetal bovine serum. “Our agreement is designed to be open source so that other companies in the sector can also benefit,” Toubia says, proudly.

At The Future of Protein Production Summit next month, Toubia plans to focus on real solutions for scaling cultivated meat as a third pillar of animal protein – talking not just about how it’s a challenge, but also about how we can do it in a way that is feasible and sustainable from financial and climate standpoints. “COP27 put food systems in greater focus; there is an understanding that no single solution can achieve radical transformation of food systems on its own,” he says. “My goal will be to illustrate cultivated meat’s role in particular and communicate what is needed for the space to fulfil its potential.”

It’s critical that our sector appeals to local taste buds and adapts to diverse cultures, including customs, rituals, festivals, and of course classic dishes

As we hear in discussions time and time again, for alt proteins to become mainstream, they need to taste great and be available at suitable prices with plenty of convenience for consumers. “To help, production should address the diversity of global cuisine,” believes Toubia. “It’s critical that our sector appeals to local taste buds and adapts to diverse cultures, including customs, rituals, festivals, and of course classic dishes. We are confident that being able to produce different kinds and cuts of cultivated meat will help accelerate consumer acceptance.”

Based in Israel, arguably the food-tech capital of the world, Toubia is confident innovators in the alt proteins industry will deliver on all fronts. “A lot of our peers are doing great things,” he says. “I’d highlight two fellow Israeli companies working on plant-based food – Chunk Foods and Plantish. Kinoko is also doing some really cool stuff using fungi and deep-tech fermentation to produce highly nutritional food.”

Developments such as those from Kinoko, Chunk Foods, Plantish and, of course, Aleph Farms are not only exciting for those within the alt proteins sector but for the planet and humanity as a whole. How does Toubia believe future generations will benefit from a societal shift towards alternative protein sources to meat? “For one, they will be eating in a more sustainable global food system,” he says. “Agriculture is one of the single-biggest contributors to climate change, and alternative proteins such as cultivated meat can play a significant role in shifting global agriculture to more sustainable methods. There is also a question of better access to key proteins. Our vision at Aleph Farms’ is to provide secure access to animal products for anyone, anytime, anywhere, in service of people, the planet and animals. As much as anything else, it’s a matter of accessibility.”

At Aleph Farms, we have produced technological modules that have multiple applications for our platform and have also established strategic agreements across our supply chains to lower costs

Another challenge pinpointed by Toubia is process and supply chain efficiency. “It’s imperative that we innovate to optimize processes for scalability and cost reduction,” he suggests. “To this end, at Aleph Farms, we have produced technological modules that have multiple applications for our platform and have also established strategic agreements across our supply chains to lower costs.”

A second challenge is mobilizing the resources needed to invest in capital expenditures. “Cultivating meat is a capital-intensive endeavor, so for companies to build facilities and infrastructure for large-scale production, they will need to demonstrate financial savvy.”

On the topic of finance and investment, how has Aleph Farms’ CEO seen the landscape change over the past 12 months, from the boom of 2020-2021 to undoubtedly a more challenging year when it comes to attracting finance? “There is a lot of money waiting to be invested in the market, but due to macroeconomic uncertainty and public market volatility, investors became very prudent during the second half of 2022,” he reports. “As a result, they are performing more in-depth due diligence on new investment and are taking more time to assess opportunities. In many cases, valuations are also down. Similar to many other players in the space, we believe that this is a healthy correction of the hype that characterized much of 2021.”

Amidst so much uncertainty, I do foresee quite a bit of mergers and acquisitions activity and a further rise in partnerships with incumbent players in order to capitalize on their distribution networks

Despite the current economic climate, though, investments in climate tech (companies addressing climate change) have actually increased, hence companies that deliver real solutions to food security and environmental issues will continue to raise money. “Amidst so much uncertainty, I do foresee quite a bit of mergers and acquisitions activity and a further rise in partnerships with incumbent players in order to capitalize on their distribution networks,” Toubia says. “Because the present financial downturn has made it harder for newer companies to achieve large raises, incumbents have a narrower set of companies with which to partner. Actually, this smaller pool may facilitate partnerships, as companies with sufficient funds have less competition.”

Financial uncertainty aside, there are plenty of reasons for optimism – and we shouldn’t place too much credence on some of the headlines declaring that alternative proteins have already had their day. “The reception of alternative proteins in countries such as the USA, Singapore and Israel and at events like COP27 really fills me with hope that we can make a difference in the transition to more sustainable food systems,” Toubia says. “What annoys me is seeing entrepreneurs selling stories to investors or to the public about sustainability and ‘disruption’ without a robust basis. It jeopardizes public trust in the whole category and causes damage to more serious ventures.”

The USA is a large, strategic market for cultivated meat, and the FDA is often a bellwether for other regulatory agencies around the world

And, of course, the UPSIDE Foods-FDA news from late 2022 was music to Toubia’s ears. “Although there are further steps required for them to sell their product, this is great news for UPSIDE Foods and for the sector as a whole,” he believes. “The USA is a large, strategic market for cultivated meat, and the FDA is often a bellwether for other regulatory agencies around the world. We can also attest to the FDA’s and USDA’s receptiveness in regard to cultivated meat products based on our dialog with them.”

Toubia’s overall hope, though, is that alternative proteins can become one central solution to address the impacts of current food production practices on food security and on the climate, and do so in a way that is just and fair for current food producers.

And before we blast off for the second Future of Protein Production Summit, does Toubia have any big news on the horizon? “We want to satisfy consumers’ desires for thicker and fattier cuts of meat,” Toubia reveals. “To this end, we are already working on 3D-printed ribeye steaks and have our sights set on a range of new products. You will have to stay tuned!”

The Future of Protein Production Summit takes place virtually on 21/22/23 February 2023. Tickets are on sale now so to register to hear Didier and more than 75 other speakers, 50 presentations, eight panel discussions, and three start up pitch symposiums, click here