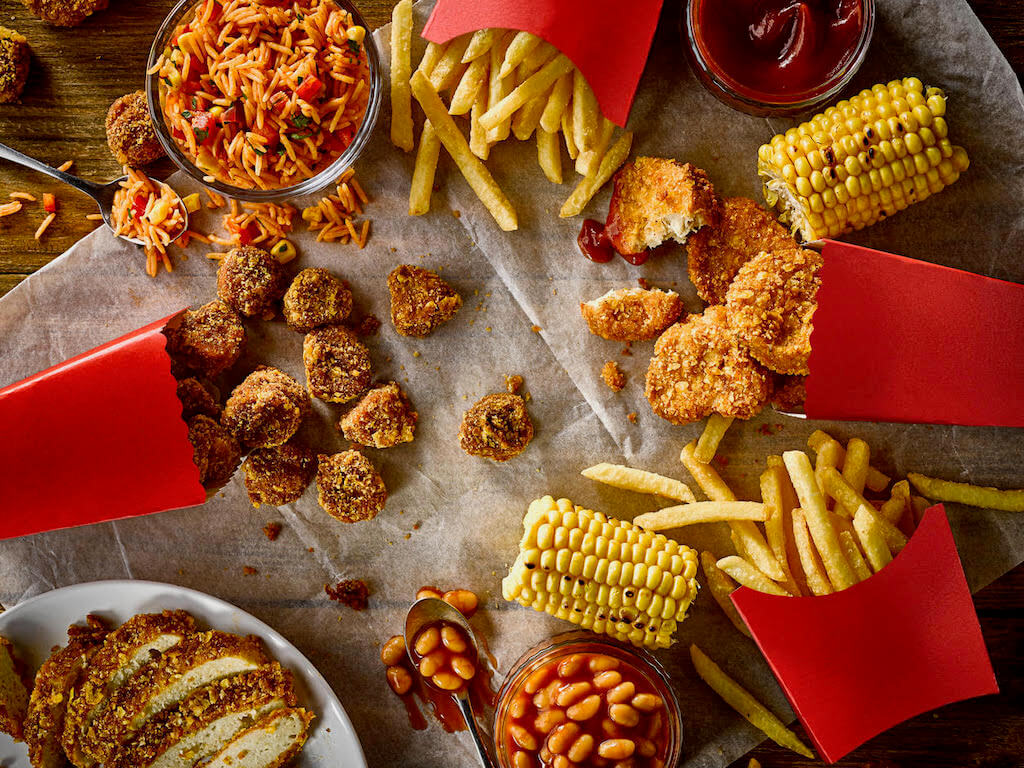 The Number of Brits Eating Plant-Based Doubled In the Last Decade. Here’s Why.

Women,millennials, and high-income households reported consuming the highest amount of plant-based foods, according to the study.

The biggest increases were among Generation X (ages 40-55) and Millennials (ages24-39). There was also a large increase in consumption from Generation Z(11-23).

Groups with higher incomes also reported eating more plant-based foods: 11.9% in the highest group versus 6.8% in the lowest across all years. The largest increase in consumption of plant-based foods over time was seen in the highest income group. The study’s authors suggest “different barriers to access of PBAFbetween various societal groups” plays a role in these numbers and must be addressed moving forward.

Reasons for the shift

As highlighted by the study, recent sales boosts as well as the emergence of new products suggest the popularity of plant-based alternative foods is growing in the UK.

In the last several months, a slew of new products and restaurants have emerged on British soil, all of them targeting consumers of alternative proteins. To name just a few, US chain Popeye’s debuted its first-ever vegan menu item in London; UK vegan meal maker All Plants raised a record Series B round to expand production; and Hong Kong’s OmniPorkbrand launched at Sainsbury’s stores.

The LSHTM cites environmental health as one of the top reasons consumers are cutting back on meat. As the study notes, our food system is responsible for about 21-37% of global greenhouse gas emissions; agriculture accounts for roughly 70% of freshwater use globally.

The UK government has said it will reduce net GHG emissions in the country by 100% by 2050, relative to 1990 levels, and also announced a target of 68% reduction in GHG emissions relative to1990 levels by 2030. The UK Climate Change Committee (UKCCC) has recommended a 20% reduction in high‑carbon meat and dairy products by 2030 with that number ideally rising to a 35% reduction by 2050.

Increasing consumption of plant-based foods could play an important role here. As LSHTM’sstudy notes, plant-based foods are “a potential solution to negotiating the changes in the familiar structure of meals and requirements for new cooking skills that would otherwise be called for in shifting diets away from animal products in the UK and countries with similar meal structures . . .”

In a statement to Green Queen, Bryony Tinn-Disbury, the co-founderand CEO of UK-based alt-protein company Jack & Bry, said, “Research from the University of Oxford found that cutting meat and dairy from your diet can reduce your carbon footprint from food by up to 73%, so this change in consumer habits will make a huge difference to our planet. Combined with action from businesses to create vegan alternatives for consumers and policy changes within governments, this will set us on a trajectory for a greener future.”

Health concerns were the other main reasons LSHTM’sstudy cited for the uptick in plant-based foods consumption.

Here, however, there’s a particular challenge for plant-based food manufacturers. It’s no secret that popular “plant-based 2.0”food items aren’t necessarily the model of whole, healthy foods, be it Impossible’s sodium-saturated burger “beef” or KFC’s vegan burger patty. In some cases, they are actually lacking essential nutrients the human body needs and could contribute to future health problems.

To address this, LSHTM’s paper suggests that“intensification of studies on the healthfulness and sustainability of these products, which often undergo heavy processing and contain salt, sugar and saturated fat, will be increasingly important.”

The study also highlights “a paucity of data”currently on how people actually go about switching to plant-based diets and which items are the most popular substitutes. Additional studies in this area,not to mention more data, will be necessary as the plant-based trend in Britain continues to accelerate.

The Number of Brits Eating Plant-Based Doubled In the Last Decade. Here’s Why.