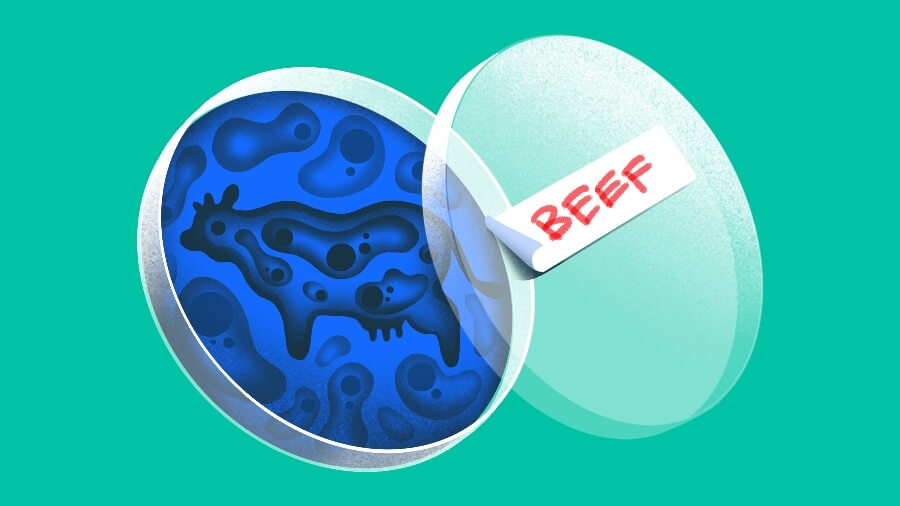 The Science Behind Alternative Proteins Has Startups, Investors Digging In

“The field is only seven to 10 years into its existence, but we have seen leaps and bounds of progress in the past few years,” said Amy Huang, university innovation manager at nonprofit think tank Good Food Institute, which supports the development of safe and sustainable alternative proteins.

“And, now it is targeted at the 97 percent of meat eaters,” she added. “As a result, there is ample room for additional innovation.”

Consumers concerned about current meat-producing processes, as well as the trend of eating healthier, are already asking for alternative proteins. This is despite a lingering negative perception of their taste and texture, experts say. The market for alternative meat, eggs, dairy and seafood products is predicted to reach at least $290 billion by 2035, according to research by Boston Consulting Group and Blue Horizon Corp.

While it may seem like alternative proteins are suddenly all the rage, Decker Walker, Boston Consulting Group’s head of agribusiness, isn’t ready to call it a bubble just yet.

“It is in some areas because some of the technology is decades away,” Walker said. “Investment-wise, it is also hard to say because it was a very sleepy industry up until five years ago. However, the trend is very clear that our future will have more alternative protein.”

Huang defines alternative proteins as direct replacements for meat, eggs and dairy that are derived in one of three ways: plant-based, cell-cultured or fermentation.

She predicts the future success of these proteins will depend on synergies across all the three of the platforms. She expects the innovation will come in waves with the first being plant-based proteins and then those created by microbial fermentation — the newest platform. Third will be proteins created by cell culture, a more advanced technology, she said.

“There is also a ton of research whitespace,” she added. “If you look at the broad landscape, there are lots of foundational questions to still answer: What are the right raw materials? Soy, wheat and peas are dominant in plant proteins, but soy and wheat are byproducts and not optimized for human consumption. Can we diversify plant proteins to look beyond these three?”

Traditional fermentation uses intact live microorganisms to process plant ingredients, while biomass and precision fermentation, the areas Huang said are most likely to power the next wave of alternative protein innovation, utilize microorganisms differently. Cultured meat grows from animal cells obtained from animals in a process that advocates say doesn’t hurt the animals. The cells are then warmed and given nutrients to grow muscle and fat.

The results of microbial fermentation are already seen in the form of leghemoglobin in Impossible Foods’ flagship burger. The technologies enable the plant-based meat sector to produce products that are designed to closely mimic animal meat in terms of texture, smell and taste, Huang said. In addition, there is academic research and startups working on sophisticated cuts of meat and chicken alternatives, as well as fish substitutes.

For the sector to advance, some of the technology still has to be advanced, including in the manufacturing processes for texturizing and extruding proteins, but there are also other promising methods. Redefine Meat, for example, uses 3D printing technology, while Rival Foods is experimenting with shear-cell technology to generate whole cuts of meat from plant-based proteins, she added.

Despite growth in the competitive landscape for cultured meat and the food supply chain,  industrial-scale facilities and lower pricing for these technologies is likely still 10 to 15 years out, Huang said.

“Progress is being made, and there is early evidence that these are tractable areas,” she added.

Many investors are eager to grab a forkful of alternative protein startups. Since 2016, venture capitalists infused about $4.2 billion into 363 known global investments within this space, according to Crunchbase data.

In 2020, just under $2 billion was invested in global venture-backed startups in the space, dominated by Impossible Foods’ total raise of $700 million in Series F and Series G rounds last year. That was a 101 percent jump in funding from 2019 to 2020, according to the database.

This year is already quite active with $602 million in venture capital doled out in 39 transactions, which include separate $200 million rounds to LIVEKINDLY and Eat Just in March.

Although big players received large chunks of capital, Sean O’Sullivan, managing general partner at early-stage investment firm SOSV, said 2020 was a good year for companies raising funding in those nascent stages, including for startups that haven’t even hit the market with products yet. There are also a number of $100 million deals on tap for this year, he added.

Cellular meat is still in the “birthing stage,” he said, but other alternative protein options are already commercially viable.

“Plant-based is already here and in your refrigerator, as are foods created around a certain protein, such as dairy protein,” he said. “With cell-based meat products, Memphis Meats is going for the whole burger and would be selling in restaurants and stores, except for regulatory issues.”

SOSV invested in Memphis Meats at its pre-seed stage and said the company is working with the U.S. Food and Drug Administration and U.S. Department of Agriculture to determine how best to label its food products so they can be safely sold commercially.

In addition, O’Sullivan expects more capital to go into infrastructure to support the scaling required to create the enormous level of food output needed to feed people around the world, but it will take time.

“Billions will be spent over the next five years to scale at all three of those capabilities, and a new layer of infrastructure companies will come in that will make the products,” he added. “Food is a multitrillion-dollar industry, so to actually redesign it will take decades.”

Eat Just’s new funding round came just months after it announced in December that the use of its cultured chicken, which it considers to be real chicken meat, as an ingredient in chicken bites was approved to sell in Singapore — the first country in the world to commercialize cell-based meat products, co-founder and CEO Josh Tetrick said in an interview.

“It’s real chicken, not plant-based, and this is the first time the technology has been done and commercialized,” he said. “There is no difference from a taste and nutrition standpoint, and surveys among people trying it in Singapore say its tastes as good or better than the traditional chicken they are used to eating, and 80 percent of people say they feel better about eating it.”

The San Francisco-based company’s brands, egg alternative Just Egg, and the chicken brand Good Meat, are available in more than 20,000 distribution points in the U.S. and Canada.

The company started with the egg and found a plant that scrambled like an egg. It then tried to make a number of products from the plant, but the research focused on getting to the point where consumers could pour egg-like product from a plant into a frying pan and have it without cholesterol, using less land and water, Tetrick said in an interview.

“We knew there were more than 350,000 plants all over the world and had no idea if one could make an egg,” he said. “We found the mung bean that works like an egg, and built the technology and business model around it. That was the first challenge, and the second was commercializing.”

But Eat Just’s successes weren’t without some challenges along the way: It weathered mislabeling allegations in 2015, and then in 2017, product safety claims that prompted Target to remove its products from shelves. The FDA later cleared the company of those claims and Tetrick declined to comment on past issues.

Meanwhile, Berkeley, California-based Climax Foods, which raised a $7.5 million seed round last September, is using proprietary data science to create plant-based foods, starting with plant-based alternatives of the seven most-sold cheeses that aim to mimic the taste, flavor, texture and nutrition of their dairy-based counterparts.

Climax Foods CEO Oliver Zahn told Crunchbase News the company has performed about 100 tastings for its cheese products, and the response was positive with some people unable to distinguish between the Climax Foods products and dairy-based cheeses.

“If we can control the flavor and texture of this well, we can do anything,” he added. “Once you understand how fermentation works in one brand of cheese, you may only have to do small parameter optimizations to make the others.”

With the promising results, Zahn said, the company aims to raise a small bridge round before seeking a Series A round specifically toward its go-to market.

Tetrick expects to see more startups and multinational companies working on technology to make alternative proteins, and the capital to support them to follow.

“My focus is that by the time my niece graduates from high school — she is 2 years old now — we can have eggs in the morning, chicken at night and beef without slaughtering an animal,” he added. “The hurdle right now is scaling. We can’t just make enough for the U.S., but for everywhere. And, we have to continue to lower the cost so everyone can afford it.”

There is also the challenge of perception. While consumers are open to new flavor profiles and experiences, the foods produced will need to be something that someone wants to eat, said Boston Consulting Group’s Walker.

Plant-based alternatives are picking up, especially in food items where they aren’t the main act, such as lasagna, where the small amount of meat doesn’t change the overall taste of the food item. However, when it comes to steak — where the dining experience involves mouthfeel and texture as much as taste — there are still a host of technical challenges the food industry needs to overcome, including the cost and that many of the foods are highly processed, Walker added.

“You don’t need to fix the constraints all at once for adoption, but for rapid adoption, you will need to optimize protein crops,” he said. “Heme, which gives meat the blood flavor, is a relatively expensive process. That will need to come down in cost. Texturization can be done on an individual basis, but the technology is not there yet to do it in a rapid scale way.”

The Science Behind Alternative Proteins Has Startups, Investors Digging In