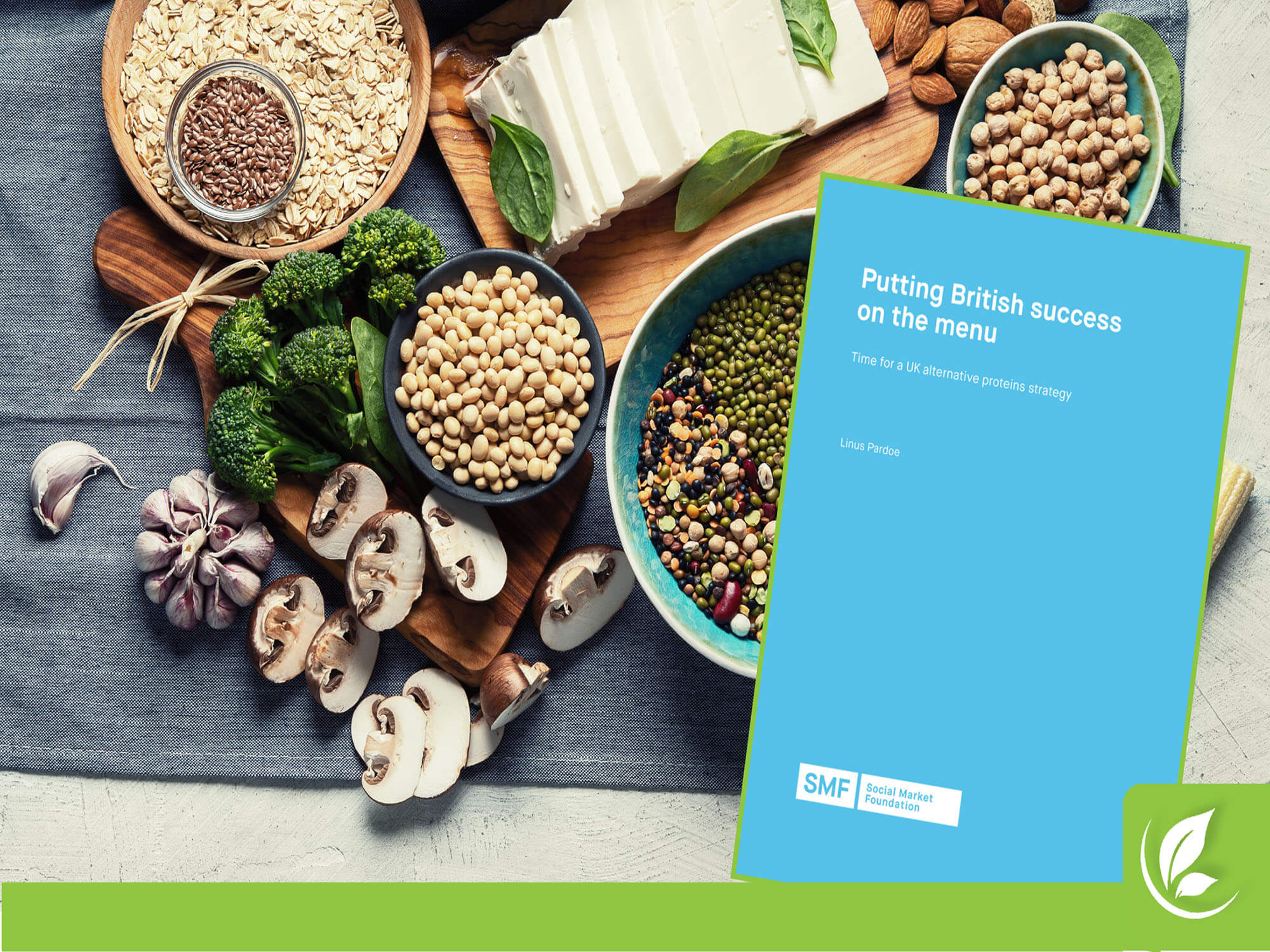 The day that UK Prime Minister Boris Johnson was seen petting a cow, a new report published by non-partisan think tank Social Market Foundation (SMF) and sponsored by Impossible has called on the UK government to adopt a comprehensive policy stance on alternative proteins.

Consumer appetite for alternatives to conventional meat, dairy and seafood has grown considerably in recent years and the UK has a strong domestic market.

At the same time, in the UK, reliance on animal protein “threatens the likelihood of achieving the government’s 2050 Net Zero target”, the report suggests. This has been recognized by the Committee on Climate Change, the National Food Strategy and the Energy Systems Catapult. At present, diet has gone unacknowledged in the UK Government’s Net Zero Strategy (NZS). Perhaps tellingly, a government-commissioned report discussing behavior change policies to reduce meat consumption, released at the same time as the NZS, was deleted within minutes of publication online.

The new SMF report discusses the potentially wide-ranging benefits of alternative proteins but recognizes the significant barriers that stand in the way. Many of these barriers are amenable to proactive, long-term policymaking. However, at present, UK policy in this space is fragmented and underdeveloped. A failure to act soon, author Linus Pardoe suggests, risks the UK falling behind international competitors, foregoing opportunities for UK businesses, for attracting overseas businesses and investors, and hindering the transition to greener diets.

This report makes the case that government should help to expand consumer choice and catalyze a consumer-led transition to more sustainable forms of protein.

Among the recommendations are that the Department for Business, Energy & Industrial Strategy (BEIS) should be tasked with developing a UK alternative protein strategy with cross-departmental input within the next 12 months. It also advises that the government should commission an innovation needs assessment for alternative proteins to better understand the scale of R&D required and where money could be spent most effectively.

Social Market Foundation also suggests that supermarkets should publicly disclose what proportion of protein sales come from plant-based products, striving to reach 30% by 2030.

It also recommends that Reforms to Government Buying Standards for food should leverage the power of the public sector to aid the transition to meat, dairy and seafood alternatives.

Lastly, availability and collection of public data on animal-based protein consumption should be improved.

Alternative proteins represent an important opportunity to expand consumer choice. Their capacity to disrupt the meat, dairy and seafood sectors rests on being a greener, kinder and more efficient way of putting protein on people’s plates. The UK and global markets have grown considerably in recent years, albeit from a low base. If net zero diets are to become a reality for UK households, alternative proteins will be a key piece of the puzzle, alongside reduced food waste and more environmentally-friendly land use systems.