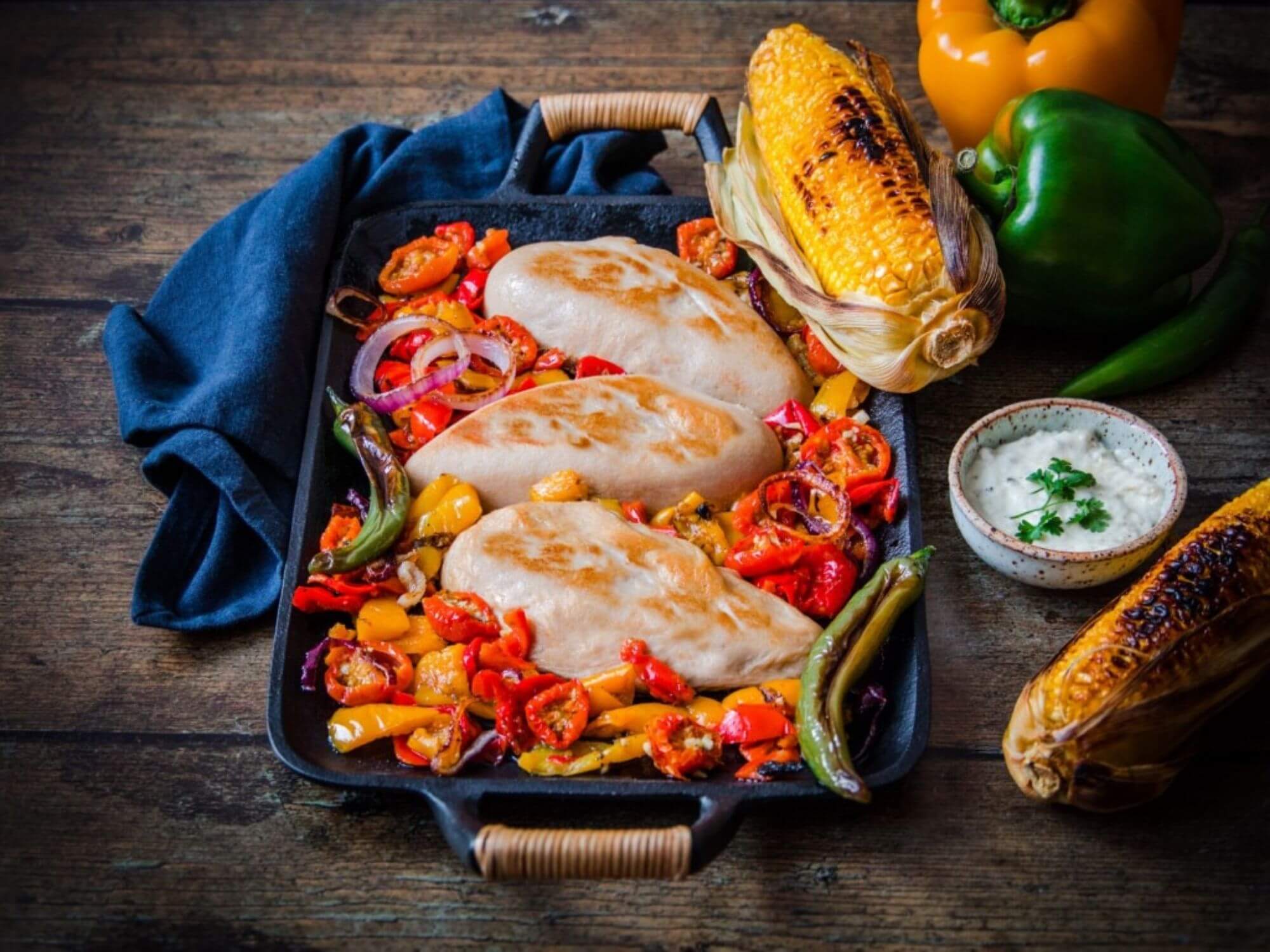 French food tech Umiami has closed a $30 million Series A to support its plant-based chicken developments in what is the largest total round raised for any French alternative protein company so far. The deal was led by Astanor Ventures and included BPI France’s French Tech Seed Fund, the French government’s public venture investing arm. Umiami previously raised a €2.3 million seed in July last year. The fresh funding is earmarked for immediate scaling of industrial production processes to bring the startup’s chicken breast analogue to market.

The startup plans to open a new R&D centre is scheduled to be opened near Paris next month. Next year, an extra factory is expected to be finalised, to meet anticipated demand for realistic plant-based chicken. By 2025, Umiami aims to be producing 15,000 tonnes of meat, supplied on a B2B basis to food and catering industry clientele.

Umiami has taken two years to develop its realistic plant-based chicken breast using proprietary techniques. The end result is, the company claims, a comparable whole-cut dish that offers meat-eaters a non-sacrificial alternative that could fool them. The company took aim at what it deemed to be the biggest failing of plant-based meats: bad flavour.

“The taste, the appearance, the texture, everything must correspond,” Tristan Morel, CEO of Umiami said in a statement. “All this, with few transformations and without additives harmful to health.”

Umiami claims it has mastered the whole-cut vegan chicken breast using a process it calls ‘umisation’. It involves the texturising of vegetable proteins and remains a closely guarded secret. However, it has been revealed to be less resource-heavy than conventional meat production. The startup reports energy savings of 25 percent and 50 percent less water and land requirements, while creating half of the standard emissions. Combined with the realistic taste and texture of the Umiami chicken, its sustainability credentials have attracted clients in Europe, the U.S. and Southeast Asia.

Umiami’s funding announcement comes after a recent report highlighting that 2021 was a record year for European food tech investments, with alternative protein grabbing a significant share of the pie. Matthieu Vincent, the founder of DigitalFoodLab, which authored the report, told Green Queen that he believes investors are looking to bet on the technologies and the infrastructure that will support the future of alternative proteins and that Umiami’s texture play may be a key element that helps boost the category.

“I am really impressed by the traction that Umiami has created behind its technology. Without a product on the market, it has attracted great investors, something rare in Europe’s FoodTech market and even rarer in France,” he said.

As it stands, Umiami has 23 employees, the majority of which are employed within the R&D department. This is indicative of the company’s focus for the last 24 months. As commercialisation moves ahead, it is anticipated that the team will grow by up to 200 new appointments, most of which will be employed in the new Paris-adjacent facility. Additional team members will prove crucial if the company stands to meet its target of producing 100 tonnes of chicken by the close of 2023. The driving force is to offer consumers an easily available alternative to conventional poultry.

“We must change our eating habits to reduce our environmental footprint, but this isn’t always easy,” Martin Habfast, co-founder and head of sales at Umiami said in a statement. “Our plant-based chicken contributes to ecological transition, by enabling consumers to increase the amount of plant protein on their plates, without too much effort and without delay.”

Vegan chicken is looking set to be a real game-changer, thanks to multiple brands securing impressive investments off the back of animal-free products. In January of this year, U.K. brand VFC revealed it had scooped $10.2 million to support an imminent launch in the U.S. A larger Series A is rumoured to be in the planning stages for 2023.

February saw Singapore’s TiNDLE raise a record-breaking $100 million in a Series A round. It represented the largest-ever Series A in the sector. The plant-based chicken brand is already stocked in more than 200 restaurants worldwide and will use the new funding to accelerate a U.S. launch.

Australia is getting in on the plant-based chicken scene too. V2food announced last month that it has finalised an entire chicken range, to help Aussies transition away from animal protein.