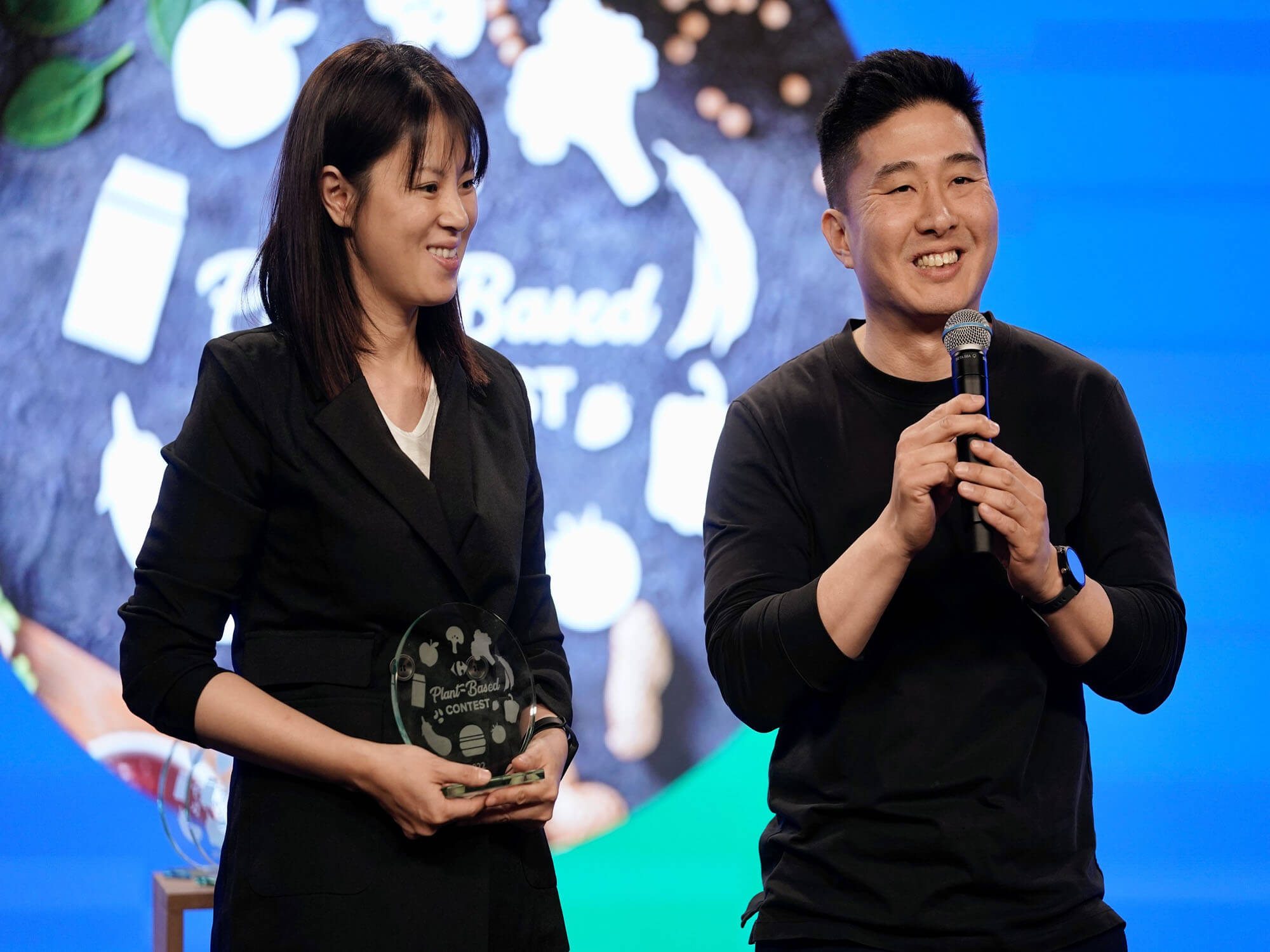 Korea’s alternative meat brand, UNLIMEAT, was selected as one of the 10 winning brands in the Plant-based Contest hosted by Carrefour, the French distributor of food and other sundries.

This event was organized as part of Carrefour’s vision to create opportunities for innovative start-ups to enter the global market and to introduce more plant-based products to its customers. More than 250 brands from over 50 countries entered the contest. Among them, 15 teams were selected as finalists, who were then judged in Paris, France on 9 June. Brands directly showcased and pitched their story and products to Carrefour Group CEO, Alexandre Bompard, CSR Director, Nicolas Dher, and other Carrefour executives, along with investors, media, and other influencers in the plant-based industry.

Carrefour selected 10 of the finalists as winners. The winning brands include La Vie, a French brand that developed plant-based bacon, LAPP, a vegan ice cream brand, Vly, a plant-based milk made from peas, and Väcka, a Spanish startup that makes aged vegan cheese among other products. UNLIMEAT was the only Asian brand selected as a winner.

Most alternative meat brands have similar product lines, such as burgers, sausages and chicken nuggets. UNLIMEAT, however, offers highly differentiated products, such as 'Plant-based Korean BBQ', a versatile plant-based meat that can be grilled the same way meat can be and can be used in a wide variety of dishes depending on the sauce used. Pulled barbecue is another unique and popular UNLIMEAT product and is sold in various flavors with different seasonings, such as Korean BBQ and Texas BBQ. UNLIMEAT also sells plant-based meat dumplings, which contain about 30% plant-based meat, giving them a texture similar to real meat dumplings, unlike vegan dumplings sold in most stores.