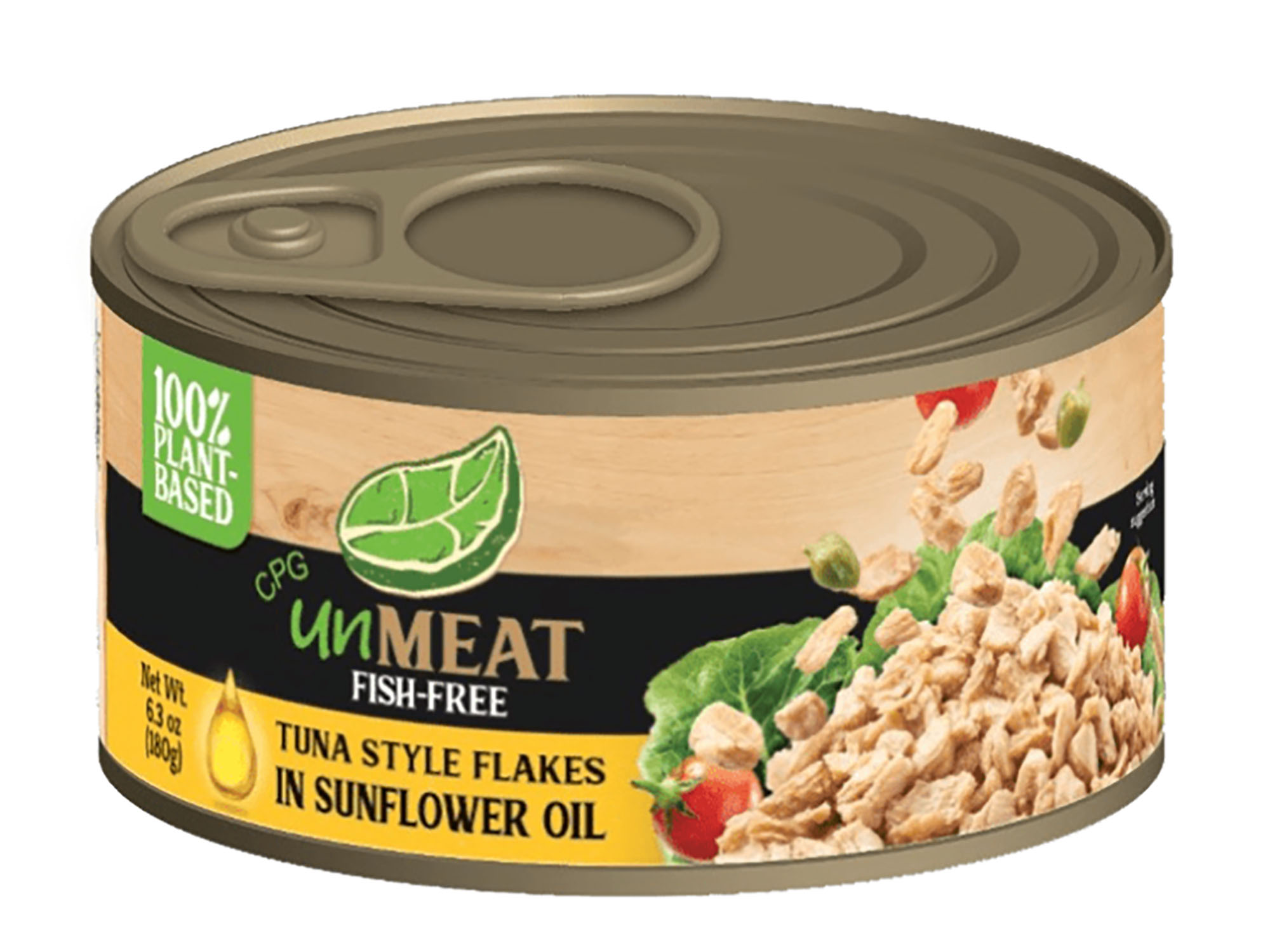 unMEAT has announced the launch of its new fish-free tuna via online retailers and select supermarkets across the USA. As the next evolution in plant-based foods, unMEAT’s fish-free tuna offers three varieties – Tuna in Sunflower Oil, Tuna in Water and Tuna Hot & Spicy – perfect for flexitarians, vegetarians, vegans or those just looking to add more plant-based foods in their diet.

Canned tuna is the number one canned food in the USA, occupying four of the top 25 canned foods. However, today’s consumer is more knowledgeable about the risks of high mercury and metal levels in canned tuna from some of the country's most recognized food brands. These health concerns have opened up the tuna market for all diet options – from vegans to pescatarians and more.

“We’re proud to introduce our fish-free tuna to the market, adding it to our versatile product range of burgers, nuggets, sausages, luncheon and ground meat,” said Gregory Banzon, COO, Century Pacific Group, parent company of unMEAT. “Our company’s legacy is rooted in providing protein-rich brands of packaged foods over four decades, and we’re excited to offer a fish alternative for those looking to incorporate more plant-based foods into their daily lives.”

unMEAT Fish-Free Tuna is made with non-GMO ingredients and exceeds tuna in texture, nutrition and most importantly, taste. It is lower in fat and calories, contains zero mercury and zero trans-fat. Based on a taste test with MetrixLab, two in three consumers would select unMEAT Tuna over real tuna. In addition, unMEAT Tuna delivered a three-to-one preference in comparison to other plant-based tunas.