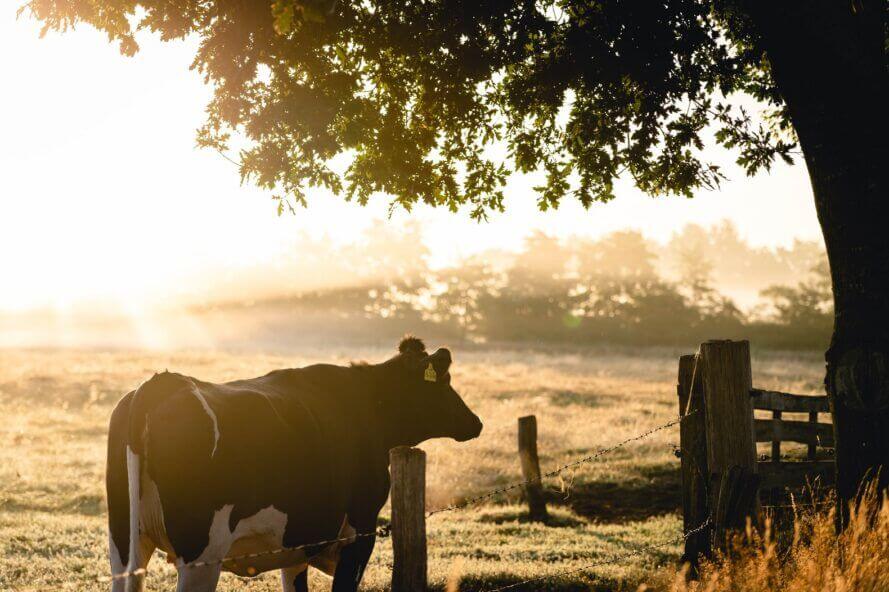 Vegan milk that everyone can drink that's the real deal

Real Deal Milk is among the pioneering companies bringing precision fermentation to the forefront of food production. They want to take a giant leap forward by producing milk, cheese and other dairy products without cows.

Real Deal CEO Zoltan Toth-Czifra is thinking big. Their market is everybody, and the product will be just as delicious as dairy cheese. While Toth-Czifra predicts that vegans will be the company’s “first evangelists,” the cellular agriculture movement won’t make enough impact on the environment unless the other 99% of the world adopts this new form of dairy. To do that, Real Deal will have to match experience and price.

“Our mission is akin to Tesla’s,” said Toth-Czifra. “They didn’t have the illusion that people would be switching to electric cars that are inferior to internal combustion engine cars simply out of the goodness of their hearts. They realized that they needed to build a better car, something that petrol-heads would love and be happy to switch to. We need to make dairy that dairy eaters love and are happy to switch to.”

“No need to raise thousands of chickens just to be slaughtered or constantly impregnate cows solely to steal their milk,” the website explained. “An identical product can be manufactured using cell cultures from the comfort of a clean laboratory.”

Food scientists have a couple of choices in cellular agriculture. They can start with tissue from an organism, such as a cow, or they can use microbes. Real Deal chooses microbe-based precision fermentation, using yeast cells to produce milk proteins casein and whey.

To make these milk proteins, Real Deal collects the DNA data for whey and casein off an online data base. They insert the DNA into the host yeast cells, which they cultivate in fermentation tanks. The yeast cells follow the genetic recipe for the milk proteins, which are then separated out from the host cells.

Real Deal sources the other milk components — sugars, fats, vitamins and minerals — from plant sources. It is then added to the milk proteins and suspends them in water. And then you have milk.

Precision fermentation has already spared the innards of many calves. If you eat cheese, odds are it’s made with fermentation-produced chymosin, a replacement for traditional rennet. It used to be that people had to slaughter calves and extract rennet from their stomach lining. But by 2012, 90% of America’s cheese contained rennet produced from microorganisms instead.

Traditionalists might say this seems like a lot of bother when perfectly good cows are roaming the earth. But Real Deal considers cows “an outdated and inefficient production system” and deems them “so last century.”

Cows are big animals who require a lot of land and water. They also excrete quantities of methane, a greenhouse gas. And it’s not like milk cows are having a great time. If you’ve ever been on a farm or at a county fair and seen a milking machine in use, you’ll sympathize with the miserable plight of the dairy cow. Especially if you’re female.

Instead, Real Deal emphasizes that cellular agriculture is kinder to animals, less damaging to the planet and yields a healthier product free of antibiotics at a lower cost. Because of intensive research, the cost has fallen dramatically. Scientific progress is now a far cry from the world’s first lab-grown, tissue-engineered burger in 2013, with a $300,000 development cost.

“Our mission can only succeed if we (and others) think really big,” said Toth-Czifra. “If, at the end of the day, we sell a few thousand tons of cheese or milk, we’ve done nothing. Impact is especially relevant in places like China where the population is developing hunger for protein, including dairy… I believe that cellular agriculture will play an important role in the future of China.”

Don’t stop reading and run to the store to buy some Real Deal Milk. The company is still in the research phase.

Right now, Real Deal Milk is based in Spain. It is participating in the Mylkcubator, an incubator program run by milk producer Pascual Innoventures. When the dairy is ready, it will first appear on European shelves.

Of course, milk is just the beginning. Once cellular agriculture has fully mastered making whey and casein in a lab, oat milk ice cream and soy butter manufacturers may see sales figures plummet.

The prospects for vegan cheese are especially exciting. When milk comes out of a cow, whey has to be separated out so that casein can be used to make cheese. But in the lab, manufacturers can skip this step, and the waste, because casein can be made independently.  Also, have you ever read the ingredients in vegan cheese? This highly processed food heavily features vegetable oil and sodium and is low in protein. While vegans may enjoy being able to eat a cheese pizza, vegan cheese is generally unhealthy. Lab-made cheese will be more nutritious. And will probably taste better, too.

What do vegans think?

A lot of vegans are having a hard time wrapping their minds around this innovation. If it’s real dairy, it’s not vegan. But if the point of veganism is to protect animals from pain and abuse, Real Deal Milk is fair game. On a local vegan group Facebook page, the arguments got a tad heated.

Talking about a different product that used whey from a non-animal origin, one participant said, “I got scammed by this too… Even if it’s a synthetic dairy product, it’s not vegan to me.”

Another retorted, “It’s 100% vegan. How many animals were exploited? Zero. You don’t get to redefine veganism at your whim.”

Toth-Czifra hopes that soon everybody will be enjoying Real Deal products, whether they define themselves as vegan or not.

Vegan milk that everyone can drink that's the real deal