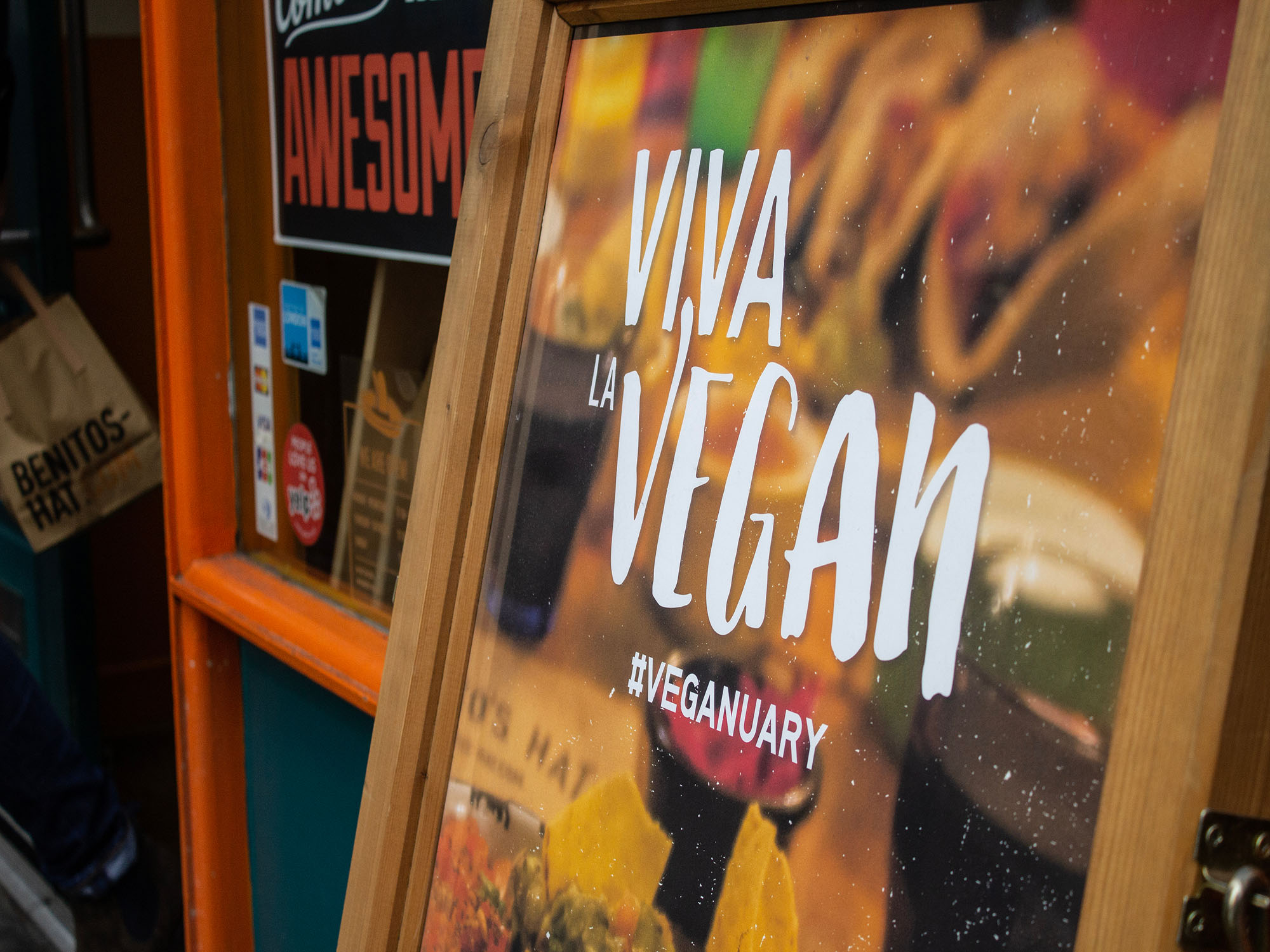 Veganuary 2023 sign-ups at record rate - one person every 2.4 seconds

Veganuary, the global pledge to try vegan for 31 days, celebrated the 10th anniversary of its launch on 1 January 2023, with a record-breaking sign-up rate of one person taking up the challenge every 2.4 seconds!

The YouGov poll, based on fieldwork carried out between 18-19 August 2022 and a sample size of 2,129 adults, has revealed that nearly three-quarters (71%) of Great Britain adults have heard of Veganuary and 9% of Great Britain adults have ever participated in Veganuary, since its first pledge in January 2014. Based on the current GB population, Veganuary estimates this is approximately six million people.

Furthermore, 53% of past participants have done Veganuary more than once, with 21% having done it four times or more – suggesting it is now a firm British tradition.

The survey also revealed that 52% of past participants were still eating meat and/or fish when they took part for the first time, 31% were vegetarian and 12% were vegan.

The majority of past participants cited animal welfare as a motivating factor for taking part (62%) followed by environmental reasons (54%), personal health (46%) and global health e.g. pandemics/antibiotic resistance (30%) (they were asked to choose all that applied). There has also been a marked increase in plant-based consumption among people who have not taken part in Veganuary, with 37% saying they eat more plant-based food now than 10 years ago

“I think I always knew Veganuary would blow up, and it would be huge but seeing just how big it got and how quickly has been just phenomenal," said Jasmine Harman, who took part in the first-ever Veganuary in 2014. “I feel very proud and very privileged to have been with Veganuary from the start and to be one of their Ambassadors.”

Actor Evanna Lynch, who has been an Ambassador for the charity since 2017, added, “Veganuary has given veganism a positive brand makeover. Every Veganuary we have amazing new options in all the mainstream chain-restaurants and it’s showing people that all these choices are right there – you don’t have to sacrifice anything.”

Joaquin Phoenix, Joanna Lumley, Paul McCartney and Evanna Lynch have also backed the campaign, which now has official chapters in seven countries and has attracted participants from every country in the world except North Korea.

The launch of Gregg’s vegan sausage roll for Veganuary 2019 sent Piers Morgan into meltdown, in 2020 KFC and Burger King joined in with the first fast-food Veganuary launches and McDonald’s added its McPlant nationwide last Veganuary. Thousands of vegan products and menu options have been launched around the world during Veganuary to capitalize on the ever-increasing number of people taking on the pledge.

“Having been vegan myself for more than 30 years, it’s amazing how the conversation around veganism has changed in recent years and I know Veganuary’s friendly, non-judgemental, just-give-it-a-go-for-a-month-and-see-what-you-think approach has played an instrumental role in this shift," said Veganuary’s Head of Communications, Dr Toni Vernelli. “To everyone who took their first step towards a vegan diet with us in January 2014 – Happy 10th Veganniversary! To everyone taking their first step with us today – welcome to a growing global movement taking positive action for a better world.”

Veganuary 2023 sign-ups at record rate - one person every 2.4 seconds